The DEA will direct enforcement resources to methamphetamine “transportation hubs” — areas where methamphetamine is often trafficked in bulk and then distributed across the country. 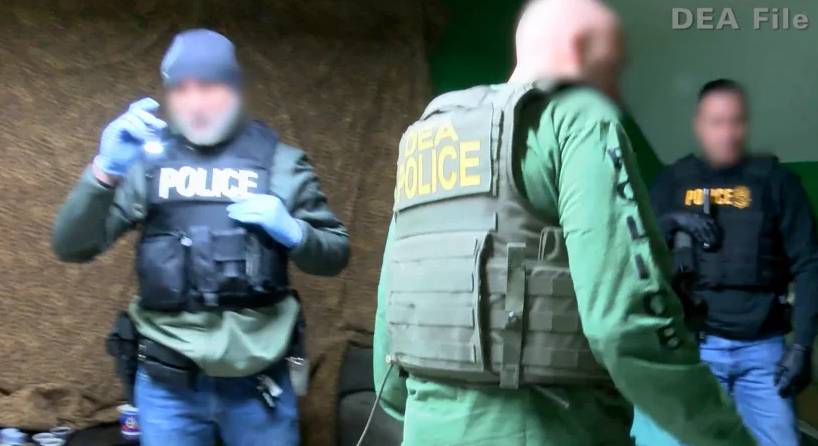 Attorney General William P. Barr and Drug Enforcement Administration Acting Administrator Uttam Dhillon announced Thursday that the DEA will direct enforcement resources to methamphetamine “transportation hubs” — areas where methamphetamine is often trafficked in bulk and then distributed across the country. While continuing to focus on stopping drugs being smuggled across the border, DEA’s Operation Crystal Shield will ramp up enforcement to block their further distribution into America’s neighborhoods.

DEA has identified eight major methamphetamine transportation hubs where these efforts will be concentrated: Atlanta, Dallas, El Paso, Houston, Los Angeles, New Orleans, Phoenix, and St. Louis. Together, these DEA Field Divisions accounted for more than 75 percent of methamphetamine seized in the U.S. in 2019.

“While meth is not a new drug, it has seen a troubling resurgence over the past few years,” said Attorney General William P. Barr. “Manufactured mostly in Mexican labs and smuggled into the United States across the southwest border, meth is a drug that is both cheap and potent, creating a deadly combination. Just as the Trump Administration has acted swiftly to stem the tide of opioid fatalities, it will use every weapon in its arsenal – such as the DEA’s Operation Crystal Shield – to stop dangerous methamphetamine from reaching American neighborhoods and harming American families.”

“Methamphetamine is the most abused illicit drug in our state. It flows over our country’s southern border with Mexico and into hubs like Phoenix, Dallas, and Houston, where it is then trafficked to Oklahoma and other interior states,” said U.S. Attorney Trent Shores. “The special agents of the Drug Enforcement Administration do work that is critical to the general welfare of Americans. Working with federal prosecutors in my office, DEA identifies, investigates, and dismantles drug trafficking organizations that bring this deadly drug into Oklahoma. The U.S. Attorney’s Office will be an active participant in Operation Crystal Shield, along with our partners in the Dallas-based and local DEA offices.”

Operation Crystal Shield builds on existing DEA initiatives that target major drug trafficking networks, including the Mexican cartels that are responsible for the overwhelming majority of methamphetamine trafficked into and within the United States. From FY 2017 to FY 2019, DEA domestic seizures of methamphetamine increased 127 percent from 49,507 pounds to 112,146 pounds. During the same time frame, the number of DEA arrests related to methamphetamine rose nearly twenty percent.

“For decades, methamphetamine has been a leading cause of violence and addiction – a drug threat that has never gone away,” said Acting Administrator Dhillon. “With a 22 percent increase in methamphetamine-related overdose deaths, now is the time to act, and DEA is leading the way with a surge of interdiction efforts and resources, targeting regional transportation hubs throughout the United States. By reducing the supply of meth, we reduce the violence, addiction, and death it spreads.”

“Seizures of methamphetamine in the Dallas Field Division, which includes North Texas and Oklahoma, have increased over 430% from 2018 to 2019. This staggering number reflects both the threat we face and the resolve of the DEA to keep methamphetamine out of our neighborhoods.  With our nationwide, concerted effort through Operation Crystal Shield, we will be partnering with other DEA offices across the globe to identify those transportation networks and command structures to ensure their greed is met with swift justice,” said DEA Dallas Field Division Special Agent in Charge Eduardo A. Chávez.

Virtually all methamphetamine in the United States comes through major ports of entry along the Southwest Border and is transported by tractor trailers and personal vehicles along the nation’s highways to major transfer centers around the country. It is often found in poly-drug loads, alongside cocaine, heroin, and fentanyl.