Convicted Felon Imprisoned For Not Registering As A Sex Offender 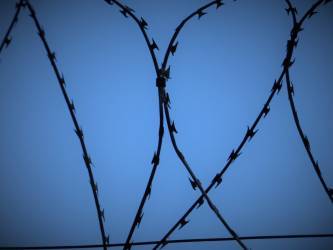 A former Columbus, Georgia resident and convicted sex offender who moved out of state and failed to register as a sex offender with local authorities was sentenced to prison for breaking the law, said Charlie Peeler, the U.S. Attorney for the Middle District of Georgia. John Corriher, 54, of Salisbury, North Carolina was sentenced by U.S. District Judge Clay Land on Tuesday, May 19, 2020 to 34 months in prison and five years supervised release for failing to register as a sex offender, a federal offense. There is no parole in the federal system.

“All convicted sex offenders are required by law to register as a sex offender with the appropriate registration officials each and every time they move. Failure to do so is a federal crime and will result in prosecution by this office,” said U.S. Attorney Charlie Peeler. “I want to thank the Muscogee County Sheriff’s Office and the United States Marshals Service for tracking down the whereabouts of this offender and for their excellent work investigating the case.”

Corriher was convicted in Florida of unlawful sexual activity with certain minors in February 2001. Following his conviction, he eventually settled in Columbus and registered annually as a sex offender through the Muscogee County Sheriff’s Office (MCSO) from November 2010 through April 2016. Following his last registration, the defendant absconded. In February 2017, an arrest warrant was taken out by MSCO for failure to register as a state sex offender. The investigation was turned over to the United States Marshals Service (USMS) when Corriher was found to be living in Salisbury, North Carolina, where he did not register as a sex offender. He was apprehended by USMS on March 18, 2019.

The case was investigated by the USMS and the MCSO. Assistant U.S. Attorney Crawford Seals prosecuted the case for the Government.