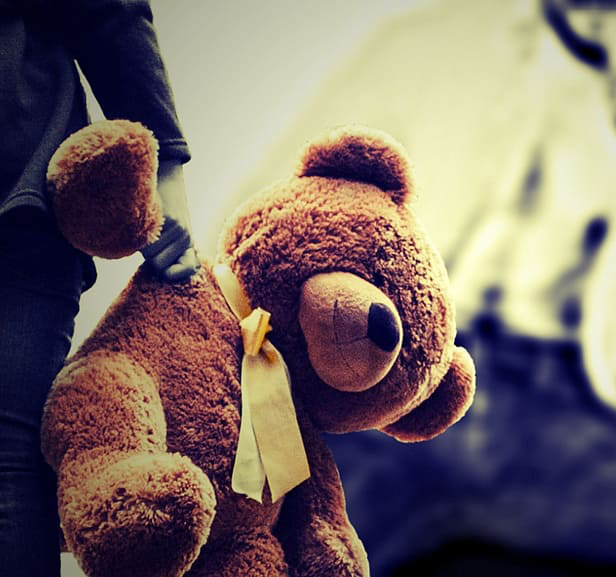 According to the U.S. Attorney’s Office for the Southern District of Georgia, a Columbia County man convicted on nine felony counts related to child sex trafficking has been sentenced to life in federal prison with no parole. He was also ordered to pay $800,000 in victim restitution.

Michael Peyton Gunn, 37, of Evans, Ga., was sentenced to three terms of life in prison after his conviction on nine felony charges including Conspiracy to Engage in Sex Trafficking of a Minor, said David H. Estes, U.S. Attorney for the Southern District of Georgia. U.S. District Court Chief Judge J. Randal Hall also ordered Gunn to pay $800,000 in restitution, to register as a sex offender, and to be subject to a life term of supervised release if he is freed from confinement.

“Michael Peyton Gunn inflicted unspeakable physical and emotional torture upon his victim, and his depraved actions demonstrate unequivocally that he is a danger to society,” said U.S. Attorney Estes. “It is entirely appropriate that he spend the rest of his life behind bars.”

The minor victim testified during Peyton Gunn’s trial that he employed rewards, fear, threats of harm, physical abuse, and intimidation to psychologically manipulate and sexually abuse the victim as young as age 7. His actions steadily progressed from coercing the victim to participate in production of child pornography and eventually to forcing the minor victim to submit to commercial sex trafficking facilitated by online advertising.

“Gunn preyed on an innocent child solely for his own pleasure, without regard to the grievous and long-lasting harm his depraved conduct would cause,” said Keri Farley, Special Agent in Charge of FBI Atlanta. “However, thanks to the dedicated work from our agents who aggressively pursue these heinous criminals, Gunn will spend the rest of his life behind bars where he will never be able to harm another child.”

The investigation began in February 2020 when FBI agents assisted with a child pornography case in Hopkins County, Texas. Among the contraband images agents discovered were more than 700 photos – many of them depicting sexually explicit child exploitation – featuring an individual minor victim. Digital location information identified those images as having originated from the vicinity of Gunn’s residence in Evans. Agents from the Augusta FBI office later questioned Gunn and searched his home, where they found evidence of the production of child pornography and exploitation of the minor victim, along with electronic devices storing multiple graphic images of child sexual exploitation, torture, and abuse.

The continuing investigation led to a superseding indictment that added Amanda Gunn as a defendant for her participation in the sex-trafficking conspiracy and obstruction of the investigation. She admitted her guilt and testified in court during Peyton Gunn’s trial.

Also testifying in court was Jonathan Eugene Grantham, 45, of Graniteville, S.C., who is serving 140 months in federal prison after pleading guilty in August 2021 to Coercion and Enticement of a Minor to Engage in Sexual Activity. Grantham, a former Aiken County high school teacher, admitted that he responded to an online advertisement trafficking the minor victim, and then traveled from South Carolina to Evans to transport the minor victim to a motel for sex in return for payment.

Anyone with information on suspected child sexual exploitation can contact the National Center for Missing and Exploited Children at 800-843-5678, or https://report.cybertip.org/.