The grand jury returned a total of 57 counts in 2 indictments. 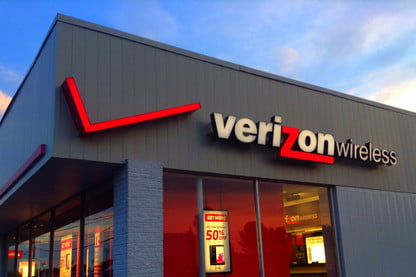 Editors Note: A previous version of this story used a public domain photo of Russell Wireless, A Independent Verizon Retailer. The five Verizon employees had no relationship with, nor at anytime worked for Russell Wireless. The Image for this article has been updated using a Picture from the Verizon Corporate Website.

Seven defendants, including five former Verizon store employees, have been indicted for opening Verizon accounts using stolen identity information and then fraudulently charging tens of thousands of dollars’ worth of merchandise to those accounts.

“This investigation and subsequent indictments demonstrate the Secret Service’s commitment to safeguarding innocent victims, our financial institutions, and our communities,” said Kimberly A. Cheatle, Special Agent in Charge of the United States Secret Service, Atlanta Field Office.  “We will continue to collaborate with our law enforcement partners and the United States Attorney’s Office to arrest individuals who steal from unsuspecting victims.”

According to U.S. Attorney Pak, the charges, and other information presented in court:  From about November 2018 through May 2019, five Verizon employees allegedly opened numerous fraudulent customer accounts at three Verizon stores in Georgia, located in Newnan, Buckhead, and Smyrna.  The employees obtained and used stolen personally identifiable information (PII) to open the accounts.  The scheme involved a group of “runners,” who also brought stolen PII into the stores.  The PII belonged to real people and included names, addresses, dates of birth, and Social Security numbers.  Using the stolen information, the corrupt employees created Verizon accounts in the victims’ names, without the victims’ knowledge.  The employees ran credit checks on the victims before opening the accounts, using the victims’ Social Security numbers.

The defendants then used the accounts to purchase tens of thousands of dollars’ worth of wireless phones and accessories.  After the fraudulent purchases, the accounts went into default, causing the victims to receive bills for the merchandise charged on the fraudulent accounts.  Verizon immediately terminated the employees upon discovering the fraud.

The defendants were indicted by a federal grand jury on August 28, 2019.  Members of the public are reminded that the indictment only contains charges.  The defendants are presumed innocent of the charges and it will be the government’s burden to prove their guilt beyond a reasonable doubt at trial.

This case is being investigated by the U.S. Secret Service.  Verizon’s Corporate Security Investigations Department in Atlanta provided valuable assistance to law enforcement through the investigation.