2 Sentenced for Concealing Hundreds of Thousands of Dollars in Corporate Contributions to U.S. Senate Campaign

Two men were sentenced this week to federal prison and time served in a halfway house for orchestrating a multi-year scheme to funnel more than $200,000 in secret, unlawful corporate contributions into a campaign for United States Senate and for causing the concealment of those contributions from the Federal Election Commission 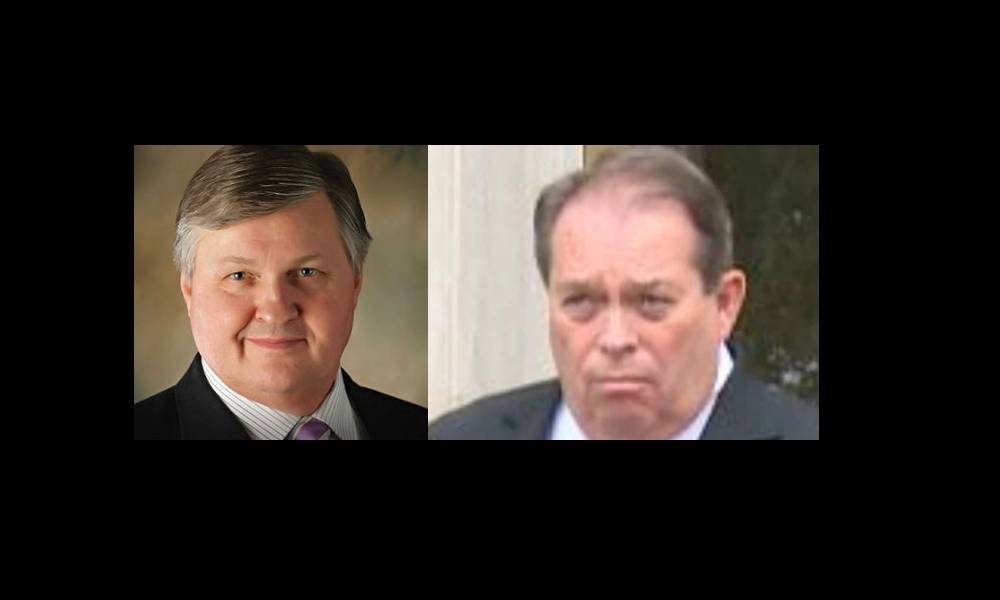 Two men were sentenced this week to 21 months in federal prison and 3 years probation with 9 months served in a halfway house, respectively, for orchestrating a multi-year scheme to funnel more than $200,000 in secret, unlawful corporate contributions into a campaign for United States Senate and for causing the concealment of those contributions from the Federal Election Commission (FEC).

Gerald G. Lundergan, 73, of Lexington, Kentucky, was sentenced to 21 months in prison, to be followed by two years of supervised release, and ordered to pay a fine of $150,000. Co-defendant Dale C. Emmons, 67, of Richmond, Kentucky, was sentenced to three years probation, with nine months served in a halfway house, and ordered to pay a fine of $50,000. The defendants were sentenced before the Honorable Gregory F. Van Tatenhove of the U.S. District Court for the Eastern District of Kentucky.

According to the evidence presented at trial, Lundergan used the funds of S.R. Holding Company Inc. (S.R. Holding), a company he owned, to pay for services provided by consultants and vendors to a campaign for a U.S. Senate seat in the 2014 election cycle.  The candidate for this seat was Lundergan’s daughter, Alison Lundergan Grimes.  The evidence established that Lundergan caused the issuance of a number of payments from S.R. Holding funds for services that included audio-video production, lighting, recorded telephone calls and campaign consulting, between July 2013 and December 2015.

The corporate contributions also included monthly payments from S.R. Holding to Emmons and his company during this period.  Emmons provided services to the campaign and sought and received compensation from Lundergan and S.R. Holding.  Emmons also used the funds of his corporation, Emmons & Company Inc., to pay other vendors and a campaign worker for services rendered to the campaign.  Those services included recorded telephone calls, technological support services, and other campaign-related expenses.

The evidence established that Lundergan and Emmons concealed these activities from other officials associated with the campaign.  Their concealments caused the campaign unwittingly to file false reports with the FEC because the reports failed to disclose the source and amount of the corporate contributions.

“This case should underscore the fundamental principle that breaking the law has consequences. The defendants circumvented the campaign finance laws, by knowingly making over $200,000 in unlawful corporate campaign contributions and causing false filings to be submitted to the Federal Election Commission. These are important laws that regulate the integrity of our elections. A jury convicted them, and the Court has now sentenced them for their crimes,” said Robert M. Duncan Jr., U.S. Attorney for the Eastern District of Kentucky. “I commend the FBI for their thorough investigation, and the members of the prosecution team for their dedication to enforcing the law and in presenting this important case.”

“Kentuckians place a great deal of trust in the political process. Regardless of the perpetrator’s position or status, when that trust is broken by corrupt individuals, law enforcement has a duty to protect the people’s interests. Today’s sentence demonstrates that no one is above the law and we will rigorously pursue anyone who tries to undermine the strength of our democracy.” said Special Agent in Charge Robert Brown, FBI Louisville Field Office.