OPINION: “Those who think that marriage is a covenant between one man and one woman (until one of the two dies) need to think again. That is, if you go by a recent [poll]…” 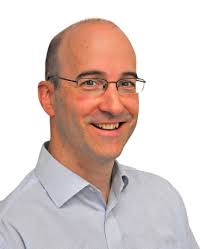 By: Lucien Tuinstra — After graduating in applied physics in The Netherlands (his native country), Lucien Tuinstra lived and worked overseas, firstly in Spain (2000 – 2004) and then the United Kingdom.  He was awarded his Masters in Christian Education in March 2018 from the Institute of Creation Research (Dallas, Texas)

Lucien met his wife Anna on a trip to Israel and they were married in 2015.  He is passionate about demolishing secular, humanistic thinking and proclaiming Creation and Gospel truth.

Those who think that marriage is a covenant between one man and one woman (until one of the two dies) need to think again. That is, if you go by a recent ComRes poll.1 In an article summarising the results, the UK’s Christian Institute concluded that a “quarter of young people favour ‘phone-style’ marriage contracts”.2 A few key points of this poll are as follows:

While these percentages are for older teens and twenty-somethings, these views are not held solely by that age group. Significant, although lower, percentages are found across the whole gamut of ages. This, to me, means that these ideas do not originate with the younger generation; they exist among older people too. A moral standard will not disappear from society like the flicking of a binary switch, i.e. on/off, but will, over time, be compromised and eroded. Similarly, a rat will not eat pure rat-poison, but will consume it if it is mixed in with something that is good for food and pleasing to the eye, obviously not realising it will lead to its demise. Every journey begins with a small step; likewise, most lies begin with a small negation or dilution of the truth.

Everyone did what was right in his own eyes

The Bible has much to say about what happens when people do what they want, or in other words, what seems right in their own eyes; and here I would like to draw your attention to the book of Judges. This portrays a sad tale of moral decline, interspersed by brief periods of deliverance of the people by ‘judges’, raised up by God. The judges themselves become morally degraded also, as the book progresses. However, that is not the whole story. Shifting the focus from the judges to the people, chapters 17 and 18 detail the decline in obedience to God and an increased focus on self, people only adhering to God’s rules when it suited them, and forsaking those rules that they deemed inconvenient. It is a sorry tale of the people going from bad to worse as “Everyone did what was right in his own eyes” (Judges 17:6).

Are we heading the same way?

The wise preacher Solomon says, “Is there a thing of which it is said, ‘See, this is new’? It has been already in the ages before us” (Ecclesiastes 1:10). Ever since Adam and Eve sinned in the beginning (Genesis 3) people have been choosing the path of destruction, the way of self. What is good/pleasant for me? Eve thought it, Adam did not stop it but participated in it, and undoubtedly you and I have often behaved this way too (Romans 3:23). Is it any surprise, then, that as society becomes more and more disconnected from God and His teaching, as shown in the book of Judges, it is becoming more godless and more selfish? Why should we marvel at the poll results shown above?

Why are these youngsters thinking along these lines?

Personally, I have sometimes observed a lack of commitment among people today (keeping your options open). Also, a throw-away mentality (I will get a new mobile every other year, because I can) is fast becoming the standard in our society. Is it a mistake to think that these thought patterns can filter through into other areas of life? Why is it that a higher percentage of the younger generation wants to redefine marriage? Scripture teaches, “Train up a child in the way he should go; even when he is old he will not depart from it” (Proverbs 22:6); fail to do this and we will reap the consequences. It is one thing to point the finger at politicians; it becomes a wholly different matter when we read Holy Scripture and realise our own responsibility:

Elsewhere the ComRes poll includes the following statistics from all age groups surveyed:

These statistics make alarming reading. Regarding item 5, the Christian Institute’s Colin Hart reported that, “the Equalities Minister [UK Government] Penny Mordaunt has ordered an inquiry into why there has been a more than 4,000 per cent increase in the number of girls seeking support from ‘transitioning’ services in the last decade”.

Everyone agrees that some things ought not to be negotiable; roller-skating around London on the M25 motorway for instance. Likewise, if a child believes he/she can fly, we certainly wouldn’t position them on the top of a tall building and encourage them to be whatever they think they are. However, there is another angle to items 5 and 6. Taking these together, how many proponents with daughters would remain resolute when it comes to assigning locker rooms—and teenage boys insist that they really are girls and should be in the girls’ dressing room? Time and again we are told that it is an offence to point out the original gender of a transitioning person (e.g. the 2002 Vine Christian Centre3 case). Rather, they say, when somebody decides his/her gender is actually different from their birth certificate, that must be accepted. Biological facts and Scripture are ignored (see Celebrating gender confusion).

To be forever young (see item 8) would appeal to many, even to those who are still young at heart. For instance, it has just been reported that 69 year old Dutchman Emile Ratelband wants to be legally recognised as 49. Apparently, “because he feels he is being discriminated against by potential employers and on dating sites, he wants to change his date of birth to 11 March 1969.”4 Recently someone joked to me that he was going to try it on the bus, to insist he was seventeen and possessed a young person’s bus pass, and then challenge the bus driver for questioning his assertion. Will this strategy succeed? Given the bizarre logic that some use, it just might in times to come. Or what about young teenagers suing pubs5 for age discrimination because, having informed the landlord they were 18+ (because that is how they felt), they were still refused alcohol?

Regarding item 9, the scientific community is not crystal clear on what defines a species,6 and it is not uncommon to have more than one name for the same species. People have a longing to be unique and special, so what better way to express this (some may think) than by inventing your own species? It does seem to tie in with what the Apostle Paul wrote, about the glorification of self (the creature), rather than the Creator (Romans 1:25).

Without doubt, surveys like this one show that many people are genuinely confused. Confusion brings uncertainty, indecision and doubt, and is not a good counselor. When a society disconnects itself from a moral rudder, the ship floats around aimlessly, and will not be able to steer clear of looming danger. This is precisely what many countries, including the UK, have done, by shunning the book of Genesis, particularly its teaching in the first eleven chapters.

Referring to marriage, and quoting from Genesis 1:27, Jesus said that, “from the beginning of creation, ‘God made them male and female’” (Mark 10:6); and He also quoted Genesis 2:24 when He continued, “‘Therefore a man shall leave his father and mother and hold fast to his wife, and the two shall become one flesh.’ So they are no longer two but one flesh. What therefore God has joined together, let not man separate” (Mark 10:7–9). Essentially, the ComRes poll results show that UK citizens (or at least a number of them) want to re-define marriage. In the UK and many other countries, the law has already been amended to allow two women or two men to be married, but it seems that this is not enough. Why limit marriage to two? Why listen to God’s Word where it forbids sexual intercourse with close relatives7 (or animals for that matter)? Why wait until a spouse dies, when you could exchange for a ‘better model’ in the short-term, without repercussions? Is this the kind of society we wish to see? Apparently some do, and while it is currently only a minority who think along these lines, how long before it spreads and becomes mainstream? Similarly, people may be horrified to hear about suggestions to legalise infanticide; but many have already accepted abortion as a valid means to rid mothers of unwanted babies. Infanticide is only the next ‘logical’ step.

It is not enough to ‘tut’ at the outcome of these polls. It is time to repent and for Christians to take a stand. Stand on what? Stand on the true foundation of the doctrines taught in Genesis 1–11, that mankind was created in God’s image. Jesus did, so we’ll be in good company, irrespective of what percentage joins us.