FAITH COLUMN: Confidence in the face of death

OPINION: “First, as Christians, how do we know what we claim to know about what happens to us after we die? If it were simply a matter of “our best guess” or even the testimony of fallible people who have had ‘near death experiences’, we would have reason for uncertainty.” 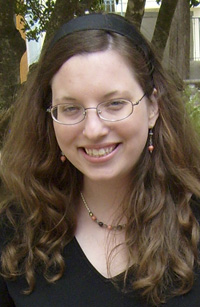 Lita is well-known for her gracious, yet challenging responses to questioners and often detractors who contact CREATION.com

Her passion is interpreting the New Testament in a way that is understandable to the average Christian, as well as showing how the New Testament authors used the teachings of the Old Testament as the foundation for their theology, particularly in the area of Creation. She is the co-author of the booklets How Did We Get Our Bible? and Gay Marriage: Right or Wrong?. Her talk, Creation in the New Testament and Why it Matters, is available as a video download.

QUESTION FROM S.W – “Hi, I’m a Christian but I’m scared to die. My friend died at 40 from cancer, and ever since then, I’m like, what if we’re wrong? What if we die and that’s it? That would be so sad. Just to go to sleep and that’s it. I was just wondering if you have any articles that might be helpful. Thank you for your time.”

Thank you for writing in. I think if we’re honest most would have to admit to having this thought occasionally. So as believers, how do we counter these thoughts?

First, as Christians, how do we know what we claim to know about what happens to us after we die? If it were simply a matter of “our best guess” or even the testimony of fallible people who have had ‘near death experiences’, we would have reason for uncertainty. But God has been kind to us in giving us a sure source so that we can be certain in the face of death. Jesus descended from Heaven, so has the authority to tell us about Heaven (John 3). And His death and resurrection not only authenticates His claims, but serves as an example of the kind of resurrection we wait for (1 Corinthians 15).

To understand the true significance of the comfort this provides us, we have to view this truth within the framework of the Bible’s “big story”. God originally created humans to live forever on the earth He created to be our home, with no suffering, disease, or death. But Adam’s sin brought the curse of death not only on his descendants but the whole world. Even in Genesis 3, where God pronounces the curse of death, however, He gives an indication that death, disease, and suffering will not have the final victory. He foretells about the Seed of the Woman who will gain victory over the Serpent, reversing that curse.

The rest of the Old Testament tells us the story of the people of God through whom the Messiah would come. The line of the Messiah was narrowed down to a descendant of Shem, then a descendant of Abraham, Isaac, and Jacob, then Judah, then David. Along the way, various men prefigured and ‘looked forward to’ the Messiah in the sense that in a limited way they were Messiah-like, but all fell short. This tells us that no matter how righteous the individual, no human could fulfill the role of Savior. Also, God gave His good law to Israel, but even the most righteous people failed to keep it entirely, showing that the Law can never save us.

When Jesus came, God’s own Son, fully God and fully man, He fulfilled the Scriptures that spoke of the coming Messiah. He spoke with authority about death and what comes after, and did many signs and miracles to authenticate His teaching. His death and resurrection are the most powerful proof that what He says is true.

So what did Jesus teach? Jesus says that He is the only way to the Father (John 14:6). Whoever believes in Him will not perish but have eternal life (John 3:16). Christ promises that those who trust in Him will be with him in Paradise following our death (Luke 23:43), and we additionally have the promise of a resurrection like His when He returns (John 5:29).

At the time of the Second Coming, Jesus will overturn the curse of death and suffering forever (Revelation 21:4). His people will be resurrected with glorious bodies that will never age, get sick, or die. And the world will be restored to what He always intended it to be, and we will reign with Him forever.

So the answer to fear and uncertainty regarding death and what comes after is to cling more tightly to the promises of Scripture. I would encourage you to speak with your pastor about this.