FAITH COLUMN: Tom Hennigan discusses his transformation from an evolutionist to a Creationist through the power of a honey bee. 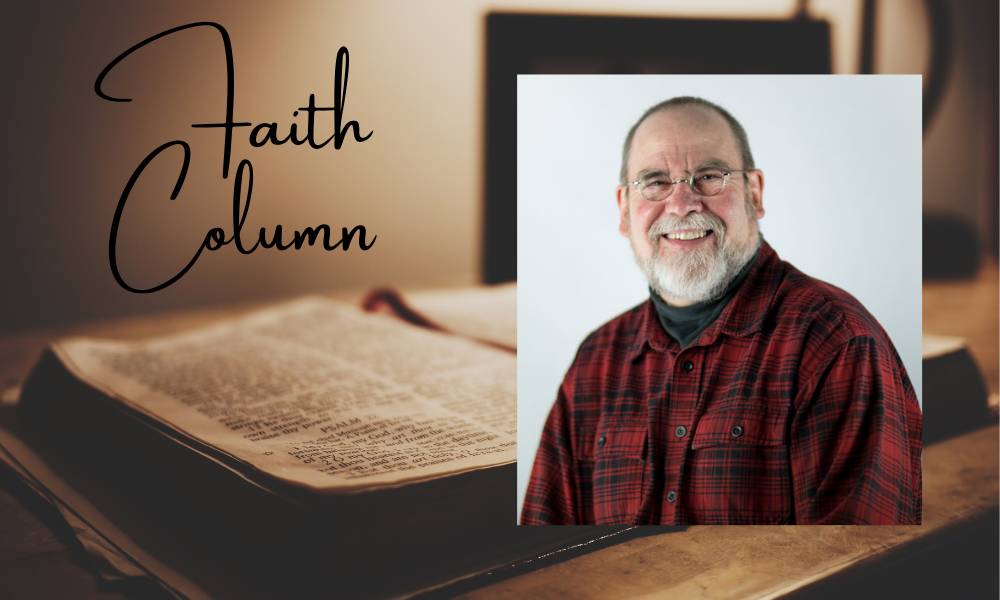 When I consider the life of the honey bee, I shake my head that I once believed that such creatures were accidental products of blind chance! As a student of science in college, I wasn’t taught to think critically. So I thought there was no Creator God—I was convinced that the evolutionary explanation of the origin of all things was absolutely true. But my worldview was shattered when a fellow student shared the case for complex design and information systems in the natural world; extraordinary evidence for an all-powerful Creator! Though this new data gave me sleepless nights, it eventually became the catalyst that brought me to a saving knowledge of the Lord Jesus Christ. The honey bee is a wonderful example of this intricate design and complex genetic information, the knowledge of which forever changed my life.

Honeycomb is the foundation upon which the bee colony is built. It is used to receive eggs, grow brood, and store honey. The very young bees make the wax for the honeycomb. For 18–24 hours, they cling together until the hive temperature reaches about 27°C (80°F), when tiny wax flakes appear on their abdomens from eight small pocket-like glands.1 These youngsters scrape off the wax with their forelegs, chew it into a soft, pliable ball and place it at the base of a sheet of foundation. Another bee takes over and begins drawing it out. A third will finish the process. The wonder of it all is that this work is happening throughout the hive, in total darkness, while the bees are upside down and clinging to a partner above!

Both sides of the foundation are being done by crews working independently, yet the base of each cell is centred at the point where the three sides of the cells on the opposite wall meet. This has led researchers to believe that there is some kind of complex communication taking place!1 This building design is critical in obtaining the greatest strength. The finished wax product is in the shape of a hexagon. This truly is the optimal design, for it holds the maximum amount of honey with a minimal amount of wax. Though the cell walls are a mere 50–70 thousandths of a millimetre (2–3 thousandths of an inch) thick, its strength is such that one kilo (2.2 pounds) of beeswax, which contains about 105,000 cells, is capable of holding 22 kilos (50 lbs) of honey!

It is significant that the major ingredients of beeswax are known, but chemists have not yet been able to duplicate it in the laboratory.

Honeycomb has been recovered intact from the tombs of the ancient pharaohs, and it has even been rescued from the sea, after years of immersion, with no damage.1

Honey is just as amazing as the comb in which it is housed. It has proven medicinal qualities as an antiseptic on wounds, and it accelerates wound healing.2 It has been known for a while that honey is ‘laden with vitamins, minerals and other plant-derived nutrients’3.

It now appears that honey (especially the darker varieties) also contains antioxidants, chemicals which ‘can retard biologically destructive chemicals that cause rancidity in foods and that have been linked to many chronic diseases’.3

The ancient people of Burma used it to preserve corpses until the money for the funeral could be arranged. The honey was later reclaimed and reused. Similarly, the Assyrians smeared their dead in beeswax and buried them in honey.1

This ability to protect cells from damage, and honey’s natural moisturizing properties, means that manufacturers are looking to use its properties to add to sunscreens, moisturizers, and the like.3

Honey is derived from the nectar that field bees collect from various flowers. 80% of this consists of water, but it must be reduced to 18% to produce honey. The steps involved in its transformation are complex and the process is probably helped by enzymes supplied by the bees themselves.

Foragers collect the nectar from flowers through their mouth and store it in the honey sac, located on top of the stomach. It contains a shut-off valve between it and the stomach proper so that the contents of the two don’t mix. The bee transports her precious contents to the hive, where she regurgitates it from the honey sac to a waiting house bee.

The house bee takes it into her body, adding still more enzymes which continue the curing process. She then deposits a little into a honeycomb cell, built and tilted upright, so that it won’t spill. Rather than filling it up, she puts a little nectar in each of several cells, so that more surface area is exposed and a faster evaporation rate achieved.

The bees help this process along by performing an extraordinary feat. At night, after a long day of gathering nectar, they gather at the hive entrance and begin fanning by vigorously beating their wings. Half the colony may be on one side whisking air in and the other half congregating on the other, blowing air laden with water vapour out. The breeze created increases the rate of evaporation of water from the nectar and can be strong enough to blow out a lit match when placed at the entrance!

It is only when the honey reaches its proper concentration that this golden nutrient will pass the bee’s scrutiny and be capped with a wax lid. It will then be utilized as the energy source to survive the winter. A typical hive needs about 27 kilos (60 pounds). The amount of work needed to make that much honey is, according to one estimate, some five million kilometres (three million miles) of bee flight!1

For the queen to lay eggs, the hive temperature must be close to 34°C (94°F). For the metamorphosis from egg to adult to occur, the temperature needs to be 33–34°C (92–94°F).1 Too hot and the honeycomb will melt; too cold and the brood will chill and die.

What is so mind-boggling is that the bees have an internal bio-thermostat and they ‘know’ when the hive is endangered by a thermal emergency! When the temperature of the hive decreases, the bees will bunch up, using their bodies to keep the hive warm. Should the hive experience high temperatures, an alarm is triggered within the bees and is relayed throughout the colony. The foragers drop what they are doing, fly to the nearest water source and come back with a mouthful. House bees take it from the foragers and spread it on the comb frames. The rest will beat their wings vigorously, in unison, and fan the hive. This fanning sets up a draft and evaporates the water, thereby cooling the ‘city’!

This is the same principle used in modern evaporative air conditioning—yet the bees had this technology first!

Longgood asks some very pertinent questions: ‘Does one bee figure it out, tell another and pass it along? How does the information get incorporated in the gene pattern and get passed down from generation to generation? How did the first bee make the connection between water and temperature control?’ He summarizes these questions with this final thought:

‘Who can explain the quantum leap from idea to practice and then to the genetic transference of information echoing down through the ages? It’s too much for me!’1

As an evolutionist 18 years ago, it was too much for me too! I was confronted with the fact that if our world’s creatures were programmed with complex genetic information, and if information is only ever seen to come from intelligence, then chance processes over millions of years could not possibly account for the origin of the first honey bee!

Today, as a teacher of science, I’m a different man. For me, the life of the honey bee has been a ‘sweet revelation’. The honey bee represents the complexity and mystery of our planet, and the genius of our God, who put it there.

I want my students to be able to catch this vision as I did—to be critical thinkers and able to grasp the significance of this world and their place in it. I pray that God gives them the same words of encouragement that He gave to me: ‘The fear of the Lord is the beginning of knowledge … My son, eat honey, because it is good; and the honeycomb, is sweet to your palate; so shall the knowledge of wisdom be to your soul’ (Proverbs 1:7; 24:13–14).