OPINION: A jury acquitted a former Kingsland police officer of manslaughter charges on Saturday, but found him guilty of violation of oath of office – a felony. Jessica Szilagyi talks about why, regardless of where you stand on the verdict, the jury didn’t have all of the information they needed to properly do their job and it’s a growing problem in our legal system.

While the conviction and sentencing of Amber Guyger has largely dominated the headlines this week, here in Georgia we have our own community that’s dealing with the aftermath of a jury trial stemming from a June 2018 shooting that left Tony Green dead and police officer fired from his department and facing a number of charges. The Georgia Bureau of Investigation concluded Green was running away when Presley opened fire, Presley said he opened fire after Green turned back to face him and extended an arm, saying he feared Green had a gun, and most of the incident is on body and dash cam video. You can read some of the background here and here. 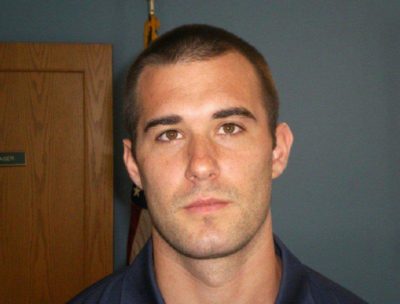 voluntary and involuntary manslaughter charges, but found that Presley was guilty of a violation of the oath of office, a felony charge that carries a prison sentence of one to five years. He’ll be sentenced on October 18th.

As you can imagine, the verdict espoused a number of emotions from both sides of the case. Family, friends, and advocates who have worked to draw attention to the case over the last 16 months were understandably upset as they have vocalized concerns over how the case has been handled since the get go. Similarly, Presley’s family knows that he was not fully exonerated and the court of public opinion decided his fate months ago.

On Saturday evening, Bobby Worthy, President for the Justice League United organization, sent out an email to various media outlets stating there was a ‘dark cloud over Kings GA as an innocent man lays in an early grave…a murdered father, a murdered son, a murdered unarmed black man from the unjustified, unlawful act of violence, by former Kingsland GA Police Officer Zechariah Presley…” Meanwhile, Presley’s attorney held that “Tony Green was not shot because of misdemeanor offenses. He was shot because of bad decision after bad decision until the threat was overwhelming and Zech feared for his life.”

I won’t claim to be an expert on all of the intricacies of the confrontation between Green and Presley or even the evidence as presented, but bear with me because I’m not here to dispute the facts of the case. I’m here to highlight how frequently juries don’t have enough information to do their job and, for that, we can place blame on the prosecutor, the defense attorneys, and the judge. 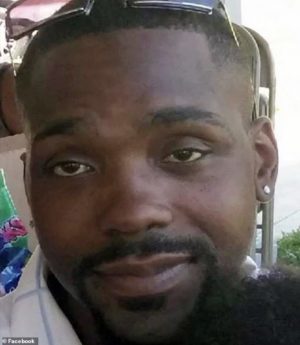 All day long and twice on Sunday we could discuss whether or not Zecheriah Presley should have been found guilty on manslaughter charges – voluntary or involuntary. Much of that comes from the interpretation of the actual statutes Presley was charged with and a dash of individual experiences and bias that prop up the lenses through which we all see officer-involved shootings. But it has been decided and Presley will not be tried again, so I don’t want to belabor a point that won’t ever be settled.

Let’s talk about the violation of oath of office charge. This is what a lot of people refer to as a ‘sentence enhancer.’ Think of it like a hate crime law, but the aggrieved party is the general public as a whole. The statute was enacted as a way to increase sentencing for elected and appointed officials as well as public officers when one is convicted of a crime against the public. The legislature – and most reasonable people – holds that crimes against the public are especially egregious. Additionally, a violation of oath of office is a felony charge, so if, say, a city council member is convicted of a misdemeanor theft charge, the felony charge ensures they spend time in prison, have a felony conviction status forever, or both.

The charge is supposed to be used to highlight that not only did a person commit a crime, they did it in their position of an elected official, an appointed official, or a public officer — someone with an elevated level of public trust — and therefore, should face an additional charge. It may be more appropriate to call it an ‘Abuse of Authority’ charge.

There are a number of acts that we, as citizens, may see as a violation of ethical or moral standards for those in government positions – things like lying, having a sexual relationship with an employee,  – but none of those things are illegal. It’s why Codes of Ethics held by local governments are virtually useless outside of city officials holding each other accountable. The ethics standards are not law, so a violation of an ethical standard is not a violation of the law. The violation of oath is tacked on to the commission of another crime. It isn’t supposed to be used as a ‘Well, we couldn’t get him/her on the charge of [x], but at least we can say he was unethical.’

Doing something unethical is not a crime.

The Georgia courts tend to agree, too. A 1997 Court of Appeals case overturned the ruling of a trial court decision where a police officer was found not guilty of a criminal act, but guilty of the violation of the oath of office. The court held in Jowers v. the State that “only the violation of those “terms” of an oath which are expressly prescribed by statute will give rise to the violation of oath by public officer.

And in a case before the Supreme Court of Georgia, the Court found in Watson v. State (2013) that “because the counts in the indictment charging Watson with violating his oath of office were expressly premised on a finding that he had violated the solicitation of sodomy statute, we likewise must reverse the convictions on those counts.”

In each of those cases, the courts held that the ‘not guilty’ verdict should have prompted a directed verdict on the violation of oath charge by the judge – which means it would no longer be considered.

So, in the case of Zechariah Presley…

If he was found ‘not guilty’ of both voluntary and involuntary manslaughter – the underlying criminal acts that would substantiate claims that Presley violated the oath he took – how is he guilty of the felony charge of violation of oath of office?

Whether you believe that the prosecution failed to make the case against Presley and ensure a conviction or that Presley never should have been charged in the first place, we should all be able to acknowledge an underlying problem in our courts in that no one gave the jury all the information they needed so the flawed system continues to operate…uninterrupted.