“Before Georgia furloughs state employees or eliminates government services, I believe we have a duty to make sure we are collecting all revenue that is due. ” – Senator Rhett 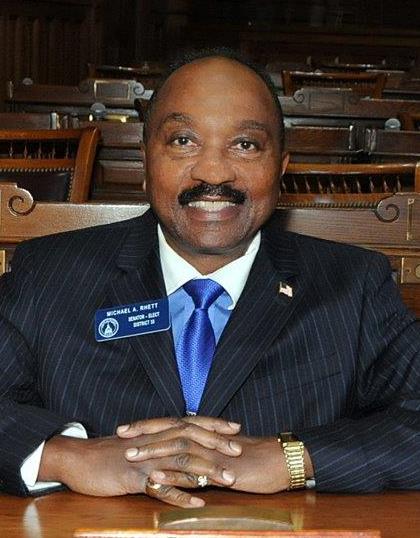 By: Senator Doc Rhett of Cobb County. Senator Rhett is a member of the Senate Finance, Higher Education, Judiciary, and Veterans, Military, and Homeland Security Committees. Senator Rhett is a retired Master Sergeant in the United States Air Force. He managed personnel, prepared young individuals for leadership and worked as a training instructor for the 700th Airlift Squadron. In his civilian life, Senator Rhett was a Vocational, Educational and Instructional Coordinator at Jefferson Place and City of Refuge.

Last month the Georgia General Assembly held rare joint budget hearings to address proposed spending cuts by Governor Brian Kemp.  Over that same time, we have read many stories in the media about how these cuts could lead to job losses and reduce government services.  Before Georgia furloughs state employees or eliminates government services, I believe we have a duty to make sure we are collecting all revenue that is due.

The Faith Truth and Justice Project estimates that Georgia could be losing as much as $750 million in revenue because some e-commerce retailers, known as “marketplace facilitators” are using a loophole in Georgia law that allows them to forgo the collection of online sales tax.  Marketplace facilitators are large, sophisticated e-commerce retailers, like Walmart.com and Etsy, that advertise and facilitate the transaction of products from third parties on their website.  For example, it is estimated that 90% of Walmart.com e-commerce sales are third party sales.

Untaxed e-commerce sales on Walmart.com alone are estimated to be costing Georgia and local governments up to $82 million a year. In 2019, Walmart remittances are estimated to be less than $10 million in sales tax on more than $1.2 billion in online sales in Georgia.  Thats a lot of revenue that could be used to offset potential state budget cuts.

Closing the sales tax loophole is also an important policy goal for local governments.  Georgia uses a variety of Special Purpose Local Option Sales Taxes, or SPLOSTs to fund everything from education to transportation.  When sales taxes are eroded by loopholes like marketplace facilitators, local governments also receive less money.  To fill the revenue gap caused by falling SPLOST money, cities and counties are be forced to raise property taxes.

If Georgia wants to remain competitive with states like Texas, Florida and Tennessee we need to keep our income tax and property tax burdens in check.   We cannot do this if we are allowing e-commerce sales taxes to erode at the same time.   That is why I support Representative Brett Harrell’s legislation to close the marketplace facilitator loophole in Georgia.  And I encourage Governor Kemp to consider Representative Harrell’s bill before making any deep cuts to government services in Georgia.  As this process moves forward I welcome input from my constituents and others.

COLUMN: Is Georgia headed for a Kelly Gissendaner Execution Redux?
Guilfoyle: Economic freedom is the key to female empowerment
Posting....