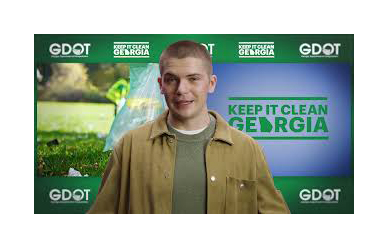 Actor Colton Ryan is reminding Georgians to “Keep it Clean” in a PSA recently released by the Georgia Department of Transportation as part of their Keep it Clean Georgia littering campaign. The message is to encourage no littering and to recycle.

Colton Ryan stars in a new series on Hulu called ‘The Girl From Plainville’, which was filmed last year in parts of Georgia. Some of the filming locations were around Jesup, Pooler, Bloomingdale, Savannah, Wilmington Island, Mableton, and Tybee Island.