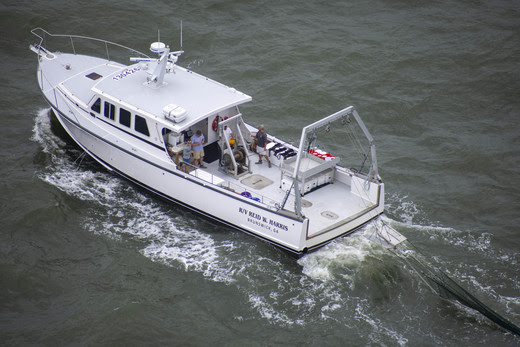 The closure affects Georgia’s territorial waters, which extend three nautical miles out to sea and includes the use of trawls, cast nets, seines and all other types of fishing gear. Federally managed waters from three to 200 nautical miles offshore will remain open for shrimping. Bait shrimping remains open in approved harvest areas.

“The lower-than-average abundance of shrimp in the harvest area and their small size in the nursery area could cause negative impacts to the spring harvest if winter fishing continues,” said Leonard, who heads a CRD survey that collects shrimp population data year-round.

Data gathered by CRD from 2001 to present show, on average, it took 42.4 shrimp with heads on to make one full pound—a measure known as “head count.”  In December 2021, it took an average of 53.2 shrimp with heads on to make one full pound, meaning the shrimp were smaller than the 20-year average. State law calls for the fishery to close by default Dec. 31 if the head count exceeds 50. The Commissioner of Natural Resources has the authority to extend shrimping season as far as February if headcounts remain low.

Shrimp abundance varies year to year and can be affected by factors including rainfall, temperature, and population movement. A lower abundance in 2021 does not necessarily suggest a long-term issue with the fishery.

CRD’s shrimp fishery data are gathered by the Ecological Monitoring Trawl Survey at 36 sites across the coast each month. The Research Vessel Reid W. Harris trawls a 40-foot net for 15 minutes at two sites in creeks, two sites in sounds, and two sites off beaches in Wassaw, Ossabaw, Sapelo, St. Simons, St. Andrew and Cumberland sounds.