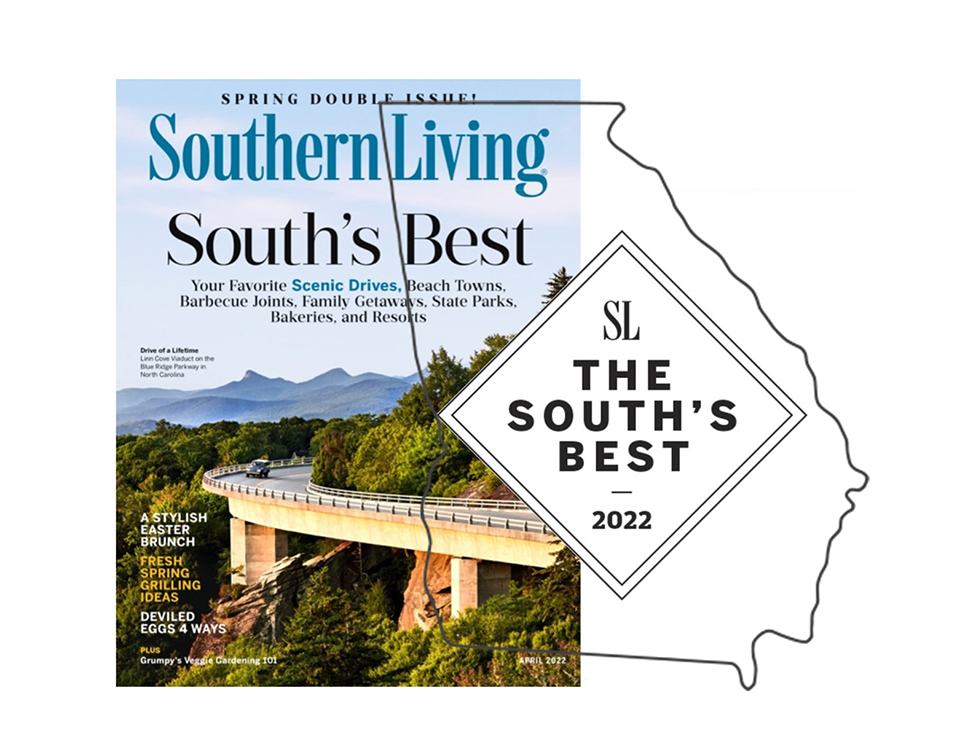 Dotdash Meredith’s Southern Living announced today the winners of its sixth annual South’s Best Awards, recognizing readers’ favorite Southern destinations and experiences. In-depth coverage of the winners appears in the April issue of Southern Living, on sale March 18. A couple Georgia cities are included in the list of winners.

“No one knows this region better than the Southern Living audience, and that’s why we tap into their experiences and solicit their opinions every year to determine the South’s Best,” said Sid Evans, Editor in Chief of Southern Living. “This year’s deeply reported list is our most comprehensive yet, with some surprising new favorites as well as the classics that keep reinventing themselves.”

This year’s awards also recognize the brave individuals and leaders of Mayfield, Kentucky, as our “Southerners of the Year.” The story salutes their efforts to help their community rebuild after a tornado devastated their home late last year.

For more results from Southern Living South’s Best 2022 survey, including the full lists in every category, visit https://www.southernliving.com/souths-best.

South’s Best 2022 Survey Methodology:An online survey was conducted by a third party agency, M&RR, among Southern Living audience, asking them to rate their favorite places across the South from July 2021 to Sept 2021.

ABOUT SOUTHERN LIVINGSouthern Living celebrates the essence of life in the South, covering the best in Southern food, homes, gardens and travel. Southern Living connects consumers to the region’s rich culture through a variety of print, digital, mobile, social and event platforms, as well as its TV show and Biscuits & Jam podcast. Headquartered in Birmingham, Alabama, Southern Living brand is part of the Dotdash Meredith publishing family.