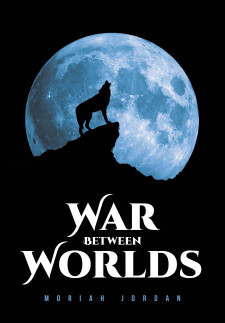 Fulton Books author Moriah Jordan, a writer who enjoys the outdoors and lives in Georgia with her husband, has completed her most recent book “War Between Worlds”: an extraordinary epic set in worlds where battle ignites between opposing clans. As wars spark and races clash, evil also starts to spread its wings in this intriguing saga.

Jordan writes, “‘I am sorry, sir, but we’re closed for tonight,’ I said. ‘I don’t have the keys to the register, and I am afraid I have to ask you to leave,’ I lied. Of course I have the keys. I am the owner.

He replied, ‘I am not here for the puny plants that will just die when their purpose in life is gone nor the useless remedies that you sell. I am here for you. You, a human, a traitor to your own kind, to marry such filth, not of your own kind. To mate with it. You are a disgrace to your people.’ He snarled. I started to get scared. Here was a man who looked human but felt like evil in every way. Something told me that this man had no good left in his soul.

Pushing the feeling aside, I replied, ‘I don’t know what you mean. I am married, yes. But I don’t understand what you mean when you say he isn’t human. Of course he is human. What else could he be?’ I mused. He didn’t speak; instead, his eyes darkened to an even more violent shade.

Taking a step back, I tried another angle, asking him, ‘Why do you think my husband is not human?’

Frowning, he replied, ‘Your husband is none other than a mangy flea-bitten mutt. He spends his days as a human, but then at nights, when you aren’t looking, he is a wolf.’ For a moment, his face transformed, giving it a look of pure evil.

‘No, he isn’t,’ I retorted. ‘If he isn’t human, then neither are you. I noticed your face when you called him a wolf. I saw you transform.’

He laughed, a dry, throaty sort of laugh. One that had no humor behind it. ‘No. I am not human. You see, I am what you humans fear most.’

He advanced on me. Indeed fearing him and what could happen if he got close, I walked around to the counter where I knew all the knives and scissors were kept. I grabbed one and aimed it at his heart.

Little did I know, that night would change my life forever. My knowledge of the world and everyone in it wasn’t anywhere near the truth. Beings, creatures whom I had only read about, walked about the earth, hiding from humankind, and I must admit, they did so very well.

Well, almost. Turns out there were a few humans who knew about the supernatural world. And they didn’t like sharing the world. They did not like it one bit.”

Published by Fulton Books, Moriah Jordan’s gripping fiction will draw readers of all ages into an exciting battle that could either save or harm different worlds.

Dive into this novel to discover how things fall into place—or into ruins.

Readers who wish to experience this thrilling work can purchase “War Between Worlds” at bookstores everywhere, or online at the Apple iTunes Store, Amazon, Google Play or Barnes & Noble.