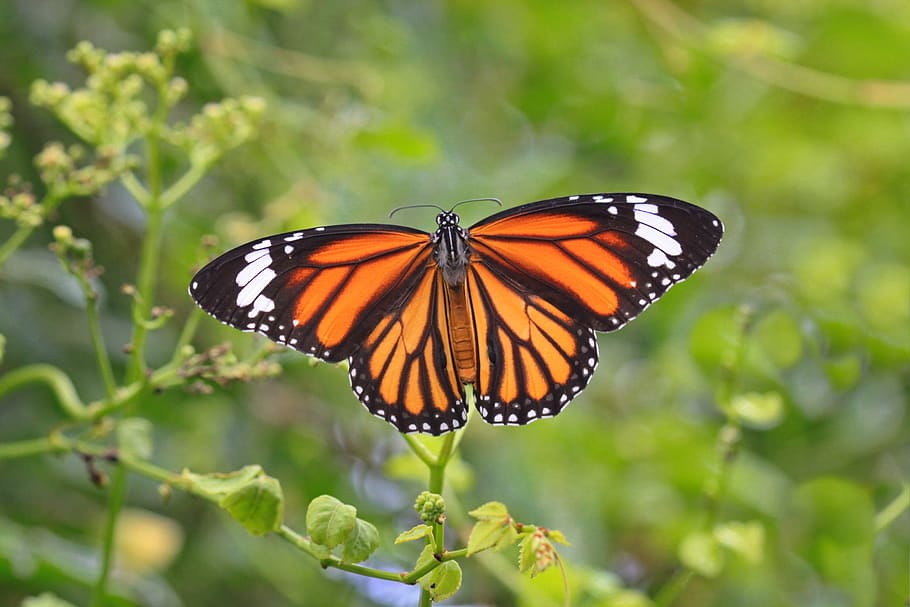 The Georgia Department of Natural Resources is asking for the public’s help again this year in reporting winter sightings of Monarch butterflies.

Last winter, volunteers from across the Southeast and Gulf states provided more than 5,800 observations of monarch butterflies. This winter, the partnership of universities, agencies and other organizations called Monarchs Overwintering in Southeastern States is requesting the public’s continued involvement in reporting sightings.

Sonia Altizer, a University of Georgia ecology professor and director of Project Monarch Health, said the information can help scientists determine if these iconic but declining butterflies “can overwinter as non-breeding adults in the southern U.S. and how this might affect future population numbers.” The monitoring will also help document how winter-breeding activity might be affecting the annual migration to Mexico.

Understanding migration and overwintering behavior is crucial to conserving monarchs, a candidate for listing under the Endangered Species Act.

Thousands of monarchs stream across the South each fall on their way to wintering grounds in central Mexico. In the spring, this eastern population of the butterfly returns to the U.S. and Canada to breed.

But not all monarchs migrate to Mexico. Volunteer observations over the past two decades have helped scientists better understand how and why some monarchs breed throughout the winter in the southern U.S. Scattered reports also suggest that some monarchs can overwinter in coastal regions in a non-breeding state, similar to their wintering behavior in Mexico.

The goal this winter is to collect more data for a growing partnership that has expanded to include organizations such as Florida Natural Areas Inventory and the North Carolina Natural Heritage Program.

Gabriela Garrison of the North Carolina Wildlife Resources Commission said the monarch is a species of greatest conservation need in North Carolina’s Wildlife Action Plan, as in the action plans of many other states. “So monitoring overwintering populations and learning more about their behavior is critical.”

Observations are entered in Journey North’s online data portal, where they are transformed into real-time mapping visualizations of monarch migration and breeding. Journey North is an organization designed to engage people across North America in tracking wildlife migration and seasonal change.

Program coordinator Nancy Sheehan said the public has a long history of being a part of scientific discoveries. “Journey North is excited to provide a platform for engaging citizen scientists in this targeted monitoring effort.”

Susan Meyers, co-chair of Monarchs Across Georgia agreed. “Volunteers are vital to this effort. If you enjoy being outdoors and exploring your local ecosystem, this is an easy activity that can be done alone or with your family.”

Wildlife biologist Anna Yellin of the Georgia Department of Natural Resources said project partners are grateful to all who reported sightings last winter. “When we come together as a community as we have with this effort, we stand a better chance of protecting the monarch butterfly for future generations.”

HOW TO TAKE PART