#Alarming — U.S. hospitals saw a 40 percent increase in the rate of Medicare beneficiaries hospitalized with sepsis over the past seven years, and in just 2018 had an estimated cost to Medicare of more than $41.5 billion 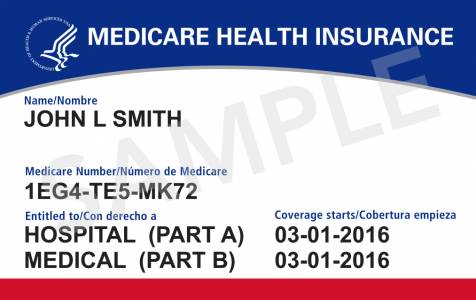 U.S. hospitals saw a 40 percent increase in the rate of Medicare beneficiaries hospitalized with sepsis over the past seven years, and in just 2018 had an estimated cost to Medicare of more than $41.5 billion according to an unprecedented study by researchers from the U.S. Department of Health and Human Services.

Sepsis is a life-threatening condition caused by the body’s extreme response to an infection. The research team analyzed data from all Medicare beneficiaries from 2012 through 2018. The study included more than 9.5 million inpatient hospital admissions, making this the largest sepsis study based on contemporary Medicare data to be published in the United States. Research team members included the HHS Office of the Assistant Secretary for Preparedness and Response (ASPR), the Centers for Medicare & Medicaid Services (CMS), and collaborators from Acumen LLC of Burlingame, California. The study appears in the journal Critical Care Medicine

“Sepsis is a lethal and costly health threat affecting Americans’ lives and our economy, yet many Americans may have never heard of it,” said HHS Assistant Secretary for Preparedness and Response Dr. Robert Kadlec. “Any infection can lead to sepsis, including infections caused by influenza or emerging diseases like coronaviruses, which makes sepsis a significant concern in public health emergencies.”

“This groundbreaking study sheds new light on the sepsis-related challenges faced by patients, providers, and taxpayers alike,” said CMS Administrator Seema Verma. “It demonstrates the urgent need for an approach to address a problem that is threatening the health and lives of Medicare beneficiaries. To that end, CMS continues to clear away regulatory obstacles and financial disincentives that have long inhibited the development of life-saving antibiotics capable of treating sepsis patients. Patients suffering from sepsis deserve to see America’s full innovative potential mobilized to address this devastating condition.”

Most patients with sepsis arrived at the hospital with the condition, rather than developing sepsis in the hospital, a possible indicator of success for CMS efforts to reduce hospital-based cases of sepsis. However, two-thirds of these sepsis patients had a medical encounter in the week prior to hospitalization. This finding represents an opportunity for improved education and awareness among patients and healthcare providers, as well as the need for diagnostics to detect sepsis early.

Outcomes were worse among patients with the most severe form of sepsis known as septic shock. Forty percent of these patients died while in the hospital or within a week of being discharged, and 75 percent died within three years. The risk of sepsis was even greater for patients who had other chronic health conditions and the risk of death in the hospital and within three years was greater among these patients if they developed sepsis.

The study also identified the high costs of treating sepsis. Although the inpatient costs of care per stay among Medicare beneficiaries decreased between 2012 and 2018, the increase in the number of patients with sepsis led to an estimated overall increase in Medicare spending from $27.7 billion in 2012 to more than $41.5 billion in 2018 for inpatient hospital admissions and subsequent skilled nursing facility care.

The research team also projected future costs by modeling the increasing number of cases and estimates for all payer costs outside the Medicare population, and concluded that overall costs rose 12-14 percent every two years. Based on that estimate, inpatient hospital and skilled nursing care for sepsis care in 2019 may exceed $62 billion.

“We were astonished by the study’s results,” said Rick Bright, Ph.D., a study author, HHS deputy assistant secretary for preparedness and response (ASPR) and director of the Biomedical Advanced Research and Development Authority (BARDA) at ASPR. “To save lives in public health emergencies, we must solve sepsis. The findings of this study have implications not only for patient care, particularly after patients are discharged, but also for investments by industry, non-government organizations and government agencies. Solving sepsis requires working together. Because of the health security implications, we are taking a holistic approach to this national threat.”

BARDA currently is partnering with industry and academia to develop and encourage adoption of new technologies to detect sepsis earlier as well as to predict and identify the severity of the infections. BARDA also is collaborating with other government agencies and non-government organizations on improved awareness, education, and training for healthcare providers.

CMS has implemented an inpatient bundled sepsis measure in its Inpatient Hospital Quality Reporting Program. This measure is a series of steps to detect and treat sepsis earlier in its course. CMS data have shown that since implementation, organizations that follow all the steps have significantly lower mortality rates for patients diagnosed with severe sepsis and septic shock. The agency is also tackling sepsis in post-acute care settings and is developing a measure for early detection and treatment of healthcare-associated infections, including sepsis in post-acute care settings.

To foster innovation in treating infections that lead to sepsis, CMS is removing barriers to developing new antimicrobial therapies to treat drug-resistant infections. In 2019, CMS finalized an expanded pathway for certain new antibiotics to more quickly receive additional Medicare payments and to increase payments for them. The agency also updated its payments to hospitals to provide them with appropriate resources to treat sick patients with drug-resistant infections. This step helps people who need these medications get access to them.

In addition, to broaden the understanding of the epidemiology of sepsis, CDC continues to assess the adult sepsis burden and identify factors that put people at higher risk for sepsis and has begun a similar effort to assess sepsis burden in children.

CDC has also developed tools for tracking sepsis in individual hospitals to help healthcare facilities assess adult sepsis incidence within their facilities and measure their prevention progress. By working with partners, including the CDC Prevention Epicenters, CDC has invested in innovative ways to improve sepsis early detection and treatment. CDC’s national educational campaign, Get Ahead of Sepsis for patients, healthcare professionals, and the general public emphasizes the importance of early recognition, timely treatment, reassessment of antibiotic needs, and prevention of infections.

The study analyzed claims made on behalf of traditional Medicare beneficiaries as well as from Medicare Advantage plans to explore the burden of sepsis in highly impacted populations including older Americans, those with end-stage renal disease, and those who depend on both Medicare and Medicaid.

The publication includes detailed methods that could enable similar analyses of data from patients covered by private insurance, Veterans Affairs, Department of Defense healthcare facilities, and state Medicaid programs that could lead to an even more accurate understanding of how sepsis affects Americans.

This is a press release from HHS.