HIV Prevention Drug Now Available at No Cost – For Some

Through the Department of Health & Human Services, the preventative drug will be available at no cost to people without prescription drug insurance coverage. 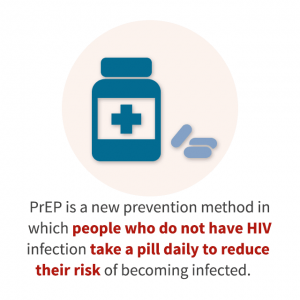 Although more than one million people at risk for HIV in the United States could benefit from PrEP medications, only a small fraction get them. The Centers for Disease Control and Prevention and the U.S. Preventive Services Task Force

Ready, Set, PrEP is a key component of the Ending the HIV Epidemic: A Plan for America (EHE) initiative. EHE aims to reduce the number of new HIV infections in the United States by 75% in five years and by 90% in 10 years. By increasing awareness of PrEP and its access, the Ready, Set, PrEP program can provide thousands of people a safe, effective way to prevent HIV and bring our nation one step closer to ending the HIV epidemic.

“Ready, Set, PrEP is a historic expansion of access to HIV prevention medication and a major step forward in President Trump’s plan to end the HIV epidemic in America,” said HHS Secretary Alex Azar. “Thanks to Ready, Set, PrEP, thousands of Americans who are at risk for HIV will now be able to protect themselves and their communities. The Trump Administration recognizes the vital role of prevention in ending the HIV epidemic in America, and connecting members of vulnerable communities to prevention services and medication is an important part of the President’s initiative.”

“PrEP is highly effective in preventing HIV infection when taken as directed,” said Assistant Secretary for Health Brett P. Giroir, M.D. “It is a critical tool for ending the HIV epidemic, but to make an impact it has to be available for people who need it most. Ready, Set, PrEP will increase access to this effective and preventive drug for people at risk.”

To qualify for Ready, Set, PrEP, people must test negative for HIV, have a valid prescription for the medications, and not have prescription drug coverage. All medications are fully covered for qualifying participants; however, the costs of necessary clinic visits and lab tests may vary depending on an individual’s income. People can find out if they qualify by visiting GetYourPrEP.com or calling toll-free 855-447-8410.

Recognizing the importance of expanded access to HIV PrEP medications, CVS Health, Walgreens, and Rite Aid have donated their dispensing services to HHS. Beginning no later than March 30, 2020, as part of these donations, qualified patients can obtain the PrEP medications at the more than 21,000 combined CVS Health, Walgreens, and Rite Aid locations throughout 50 states, the District of Columbia, Puerto Rico, and the U.S. Virgin Islands or through mail order—all at no cost to patients. These pharmacies represent about a third of all the pharmacies in the United States. CVS Health, Walgreens, and Rite Aid will also provide patient counseling and take steps to promote patient adherence to the regimen. Between now and March 30, 2020, patients will be able to access PrEP medications through this program at thousands of participating pharmacies.

1 in 5 adolescents and 1 in 4 young adults now living with prediabetes
Ga Dept. of Public Health: Flu is Widespread in Georgia
Posting....