Graduate students in the Jiann-Ping Hsu College of Public Health at Georgia Southern University analyzed mortality data to reveal that southwest Georgia is dealing with deaths from COVID-19 at a rate higher than most other counties in the country. 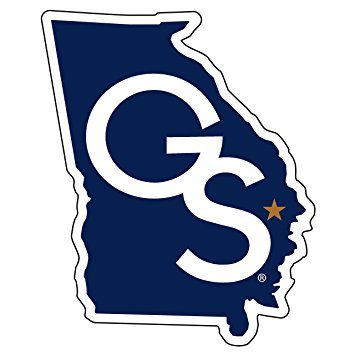 Graduate students in the Jiann-Ping Hsu College of Public Health at Georgia Southern University analyzed mortality data to reveal that southwest Georgia is dealing with deaths from COVID-19 at a rate higher than most other counties in the country.

The students found that the mortality rate of 305 per 100,000 residents (as of May 28, 2020) for Terrell County in southwestern Georgia, is 50% higher than that of New York state’s Nassau County, the documented highest rate in New York. The three other Georgia counties that are highest in terms of mortality rate are Hancock, Early and Dougherty counties. Three out of these four are in southwest Georgia, around the Albany area. That accounts for almost half of the 10 counties in the United States with the highest mortality rate, which is defined as a measure of the frequency of occurrence of death among a defined population.

However, it’s interesting to note that none of Georgia counties reached the top 20 in terms of incidence and the death numbers per 100 confirmed COVID-19 cases, said professor Jian Zhang, MD, DrPH, a veteran medical epidemiologist. “Georgia is doing pretty well to stop the spread of the virus, and hospitals in Georgia are doing well to save hospitalized COVID-19 patients. The high mortality rate, in this case, may be deeply rooted in the historical burden of poverty in Georgia,” he said.

The findings are part of a service-learning project Zhang led. A six-student group formed the surveillance team that began running a real-time COVID-19 numbers in his Public Health Surveillance class.

Across the globe, the virus spreads at a faster rate in high density cities, such as New York City, Detroit, Chicago, Boston, and New Orleans, than in sparsely populated areas, even after adjustment for population size, the students said.

“Not surprisingly, the national news outlets are very focused on the situation in places like New York with very large absolute numbers of cases, while in Georgia we are seeing a very different pattern of case incidence,” said Erica Ledel, a Master of Public Health (MPH) student in Biostatistics in the Jiann-Ping Hsu College of Public Health (JPHCOPH). “In Georgia, unlike in most other states, the majority of cases are outside of and far away from the few major population centers, we are going to see two distinct tales of COVID-19,” said Ledel, who is leading the statistics efforts of the surveillance team.

A laundry list of factors makes Georgia more vulnerable than other states to COVID-19, such as having the busiest airport in the world and the baseline health of its residents, the student researchers said.

“Certain parts of Georgia are forging historical paths on how tragic COVID-19 has been,” said Kira Bell, an MPH student in epidemiology with the surveillance team. “From our chronic disease epidemiology class, we know that Georgia as a whole is a part of the stroke belt, a region spanning across the South with the risk of stroke 34% higher than the national average and other well-documented underline conditions associated with increased mortality from COVID-19, such as diabetes, heart disease, hypertension, obesity and asthma, are also prevalent.”

Looking at it from a socioeconomic perspective, the students noted that “poverty rates are especially high in the rural counties of south Georgia,” said Joana Tome, another epidemiology student of the surveillance team. “Poverty makes residents living in these impoverished areas less likely to be tested, and more likely to do essential work with a high risk of contracting and dying from the virus.”

The real-time COVID -19 surveillance system was designed to assess disease burden in Georgia relative to other parts of the country. Since February 17, 2020, the day the first case was confirmed in Georgia, the Georgia Department of Public Health has posted updates of COVID-19 confirmed cases by county twice a day.

Led by Dr. Zhang, the students are aggregating data from multiple credible sources, including an interactive repository of data on coronavirus cases and deaths in the New York Times, Urban-Rural Classification Scheme data from the National Center for Health Statistics, and county-specific sociodemographic data from the United States Census Bureau. The goal of this effort is to give horizontal context for policy-makers and the general public to assess the severity of COVID-19 in Georgia on top of the vertical context from daily updates by the Georgia Department of Public Health.

“This (real-time surveillance) experience has provided a very practical application to use and hone the skills I have gathered throughout my education. Being able to work through this event with our service learning has provided a lot of insight that I would have missed out on without a real-world experience,” said Anaje Smith, MPH student in epidemiology with a background in biology.

“There is no moment in recent memory more critical than now to bolster health care service in rural areas, particularly, in the Deep South,” said Stuart Tedders, dean of the JPHCOPH, who also serves as the secretary of the State Office of Rural Health Advisory Board. “I am very pleased that our students promptly translated what they are learning in textbooks into public health practices. This is just another example of demonstrating the seamless transitions between classrooms and the real world taking placing in our college every day.”