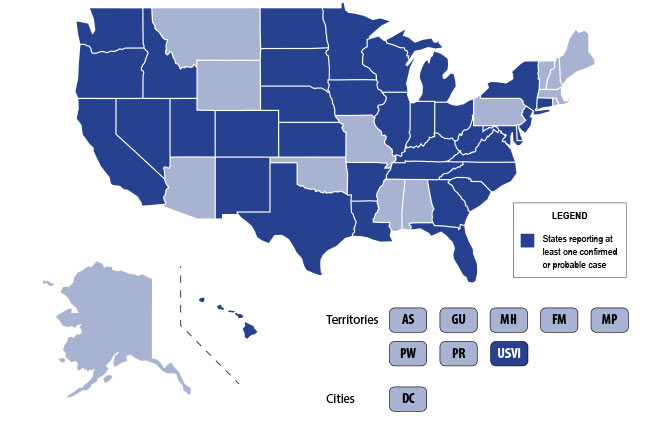 The CDC announced this week that both the numbers of confirmed cases of lung disease associated with e-cigarette product use maintained by the CDC and the states has increased.

Officials also said Thursday that the new case count is the first national aggregate based on the new CDC case definition developed and shared with states in late August.

*A possible case is one still under investigation at the state level.

**A confirmed case is someone who recently used an e-cigarette product or vaped, developed a breathing illness, and for whom testing did not show an infection. Other common causes of illness have been ruled out as the primary cause.

***A probable case is someone who recently used an e-cigarette product or vaped, developed a breathing illness, and for whom some tests have been performed to rule out infection. Other common causes of illness have been ruled out as the primary cause.

The CDC is currently coordinating a multistate investigation and providing database information to the states as well as technical assistane, including working closely with affected states to characterize the exposures and the extent of the outbreak.

The organization is also working closely with the Food and Drug Administration (FDA) to collect information about recent e-cigarette product use, or vaping, among patients and to test the substances or chemicals within e-cigarette products used by case patients.

The FDA also announced this week that it intends to finalize an enforcement policy that will clear non-tobacco-flavored e-cigarettes from the market.