CDC: 9 states report adult obesity at or above 35%

Obesity decreased by level of education. Adults without a high school degree or equivalent had the highest self-reported obesity (35.0%), followed by high school graduates (33.1%), adults with some college (33.0%) and college graduates (24.7%). 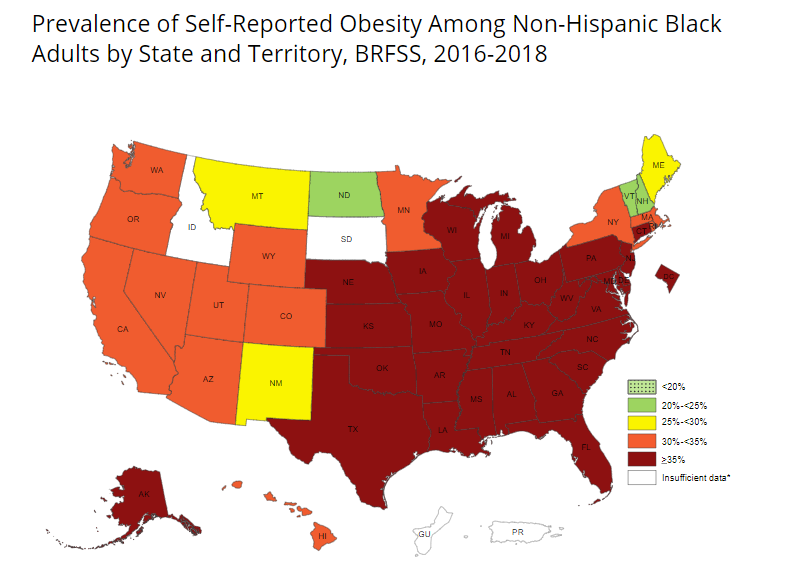 In 2018, nine states reported an adult obesity prevalence at or above 35 percent: Alabama, Arkansas, Iowa, Kentucky, Louisiana, Mississippi, Missouri, North Dakota, and West Virginia. This comes from  the new obesity prevalence maps released last week by the Centers for Disease Control and Prevention.

The maps break down adult obesity prevalence by race, ethnicity, and location based on self-reported height and weight data. 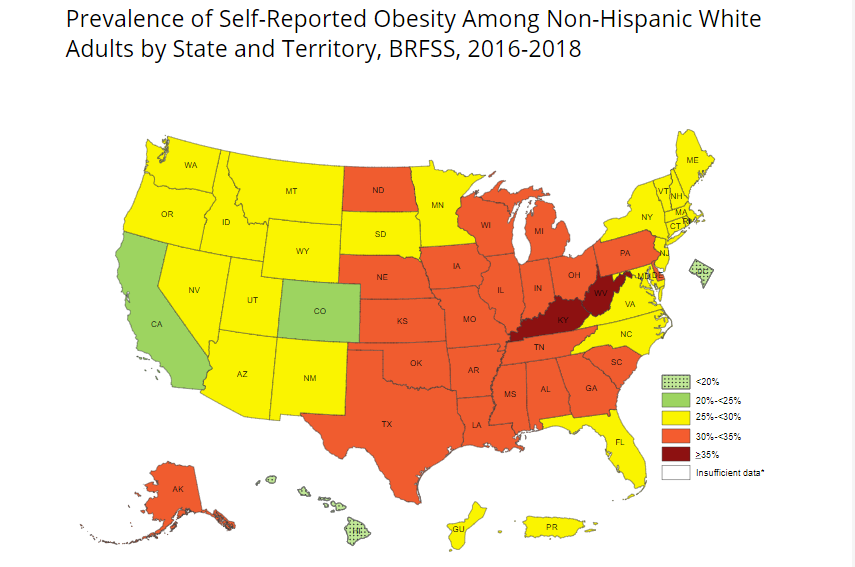 Adults with obesity are at increased risk for many serious health conditions such as heart disease, stroke, type 2 diabetes, some cancers, and poorer mental health. Obesity costs the United States health care system over $147 billion a year. In addition, research has shown that obesity affects work productivity and military readiness.

Turning the tide on obesity will take a comprehensive effort by all parts of society. These maps help by showing where the burden of obesity is greatest.  Factors like neighborhood design; access to healthy, affordable foods and beverages; and access to safe and convenient places for physical activity can all impact obesity.

CDC, States Up the Number of Lung Disease Cases Associated with Vaping
Flour Recalled Across the Country Over E Coli Concerns
Posting....