Both the Technical College System of Georgia and the state’s certification agency for educators are getting new leaders. 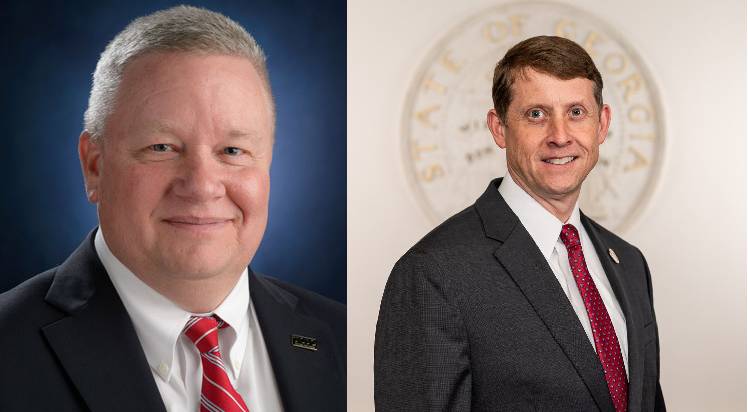 A long-time advisor to the Governor and public servant with decades of leadership experience in state government, Greg Dozier will take on this role following former Commissioner Matt Arthur’s move to the Georgia Professional Standards Commission (PSC), the state’s certification agency for educators.

“Greg Dozier is a trusted ally and strong leader who understands state operations and offers a wealth of institutional knowledge as the incoming TCSG Commissioner. To implement my vision and TCSG’s goals, Greg Dozier will always put families and students first. Together, we will ensure that our educational system remains top-notch and fulfills workforce needs. He is the right person for this job, and I know that he will continue to serve our state well,” Kemp said in a news release.

“We are incredibly excited to have Greg Dozier lead TCSG. As a long-time public servant, he has the right background and mindset to implement the Governor’s mission and follow TCSG’s ultimate objective: putting students first,” Anne Kaiser, TCSG Board Executive Committee Chair, also said.

“We are honored to have Matt Arthur accept the position of Executive Secretary of the Georgia Professional Standards Commission. He will lead by example and work tirelessly to maintain quality teachers and standards in our great state. As a former educator, superintendent, and TCSG Commissioner, Matt Arthur has the ideal skills for PSC, and we look forward to working with him in this new capacity,” said Kemp.

“Given his background and extensive leadership experience, we believe that Matt Arthur is ready to step into this critically important role with ease, and we all feel confident that he will excel. Moving forward, we are excited about working with him to ensure that we have the very best and brightest educators in our classrooms, shaping young minds and preparing Georgia’s future generations for success,” said Brian Sirmans, PSC Chair and Lanier County educator.

Greg Dozier holds a bachelor’s degree in Criminal Justice and master’s degree in Business Administration from Georgia State University. Dozier resides in Covington with his wife and two daughters. He has extensive leadership experience in state operations, currently serving as the Governor’s Chief Financial Officer. Previously, Dozier served as Commissioner of the Department of Corrections, Commissioner of the Department of Driver Services, and Division Director at the Governor’s Office of Planning and Budget. Dozier has served in leadership capacities under Governors Perdue, Deal, and Kemp.

Matt Arthur is a graduate of the University of Georgia and played on the 1980 National Championship Football Team. Arthur and his wife have two children and live in Rabun County. He is a former teacher, coach, director of career and technical education, assistant principal, secondary principal, and superintendent as well as Deputy Commissioner of the Technical College System of Georgia before becoming Commissioner in 2018. He also served as Director of Education Reform for the Governor’s Office of Planning and Budget.