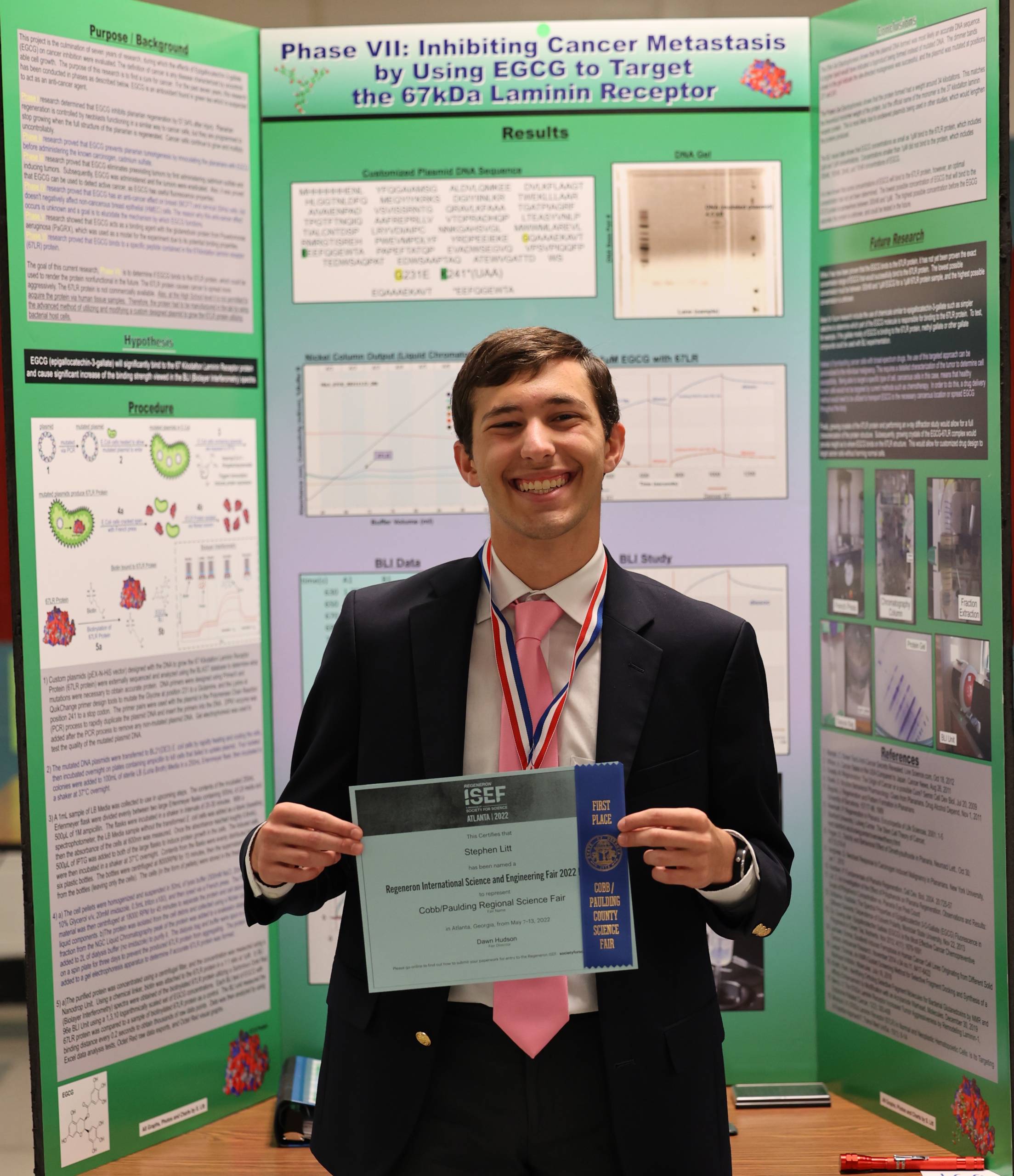 Through his research, a Georgia high school senior found that a green tea antioxidant may be responsible for metastatic cancer prevention. He exhibited his findings at a science fair recently, where he advanced to the Regeneron International Science and Engineering Fair(ISEF) for the third time. ISEF, the world’s largest international pre-college science competition, will be held this May.

At the Cobb-Paulding Science Fair last month, Stephen Litt, a 12th grade student enrolled in the Kennesaw Mountain High School Academy of Mathematics, Science and Technology (Magnet program), exhibited his Phase VII research which demonstrates how an antioxidant in green tea may prevent cancer from spreading and therefore be classified as metastatic. This is based upon evidence that the antioxidant, EGCG, binds to a protein responsible for cancer becoming more aggressive and spreading. Stephen is no stranger to science fairs and has been competing since first grade and has been focused on his cancer research since sixth grade.

At the fair, Litt earned the Top Overall Project designation and a coveted spot as a finalist at the Regeneron International Science and Engineering Fair (ISEF) for a third time during his High School career. ISEF is to be held in Atlanta, Georgia from May 7-13, 2022 at the Georgia World Congress Center. ISEF, a program of Society for Science & the Public, is the world’s largest international pre-college science competition.

The research started when Litt was in Middle School and used planarian worms as a model for cancer treatment. Subsequently, Litt was able to work with human breast and cervical cancer cells and prove that EGCG killed the cancer cells without harm to normal human epithelial cells. Over the past two years, Litt decided to delve into the molecular level to determine how EGCG may be keeping cancer at bay.

Today, millions of students worldwide compete each year in local and school-sponsored science fairs; the winners of these events go on to participate in affiliated regional and state fairs from which the best win the opportunity to attend Regeneron ISEF.