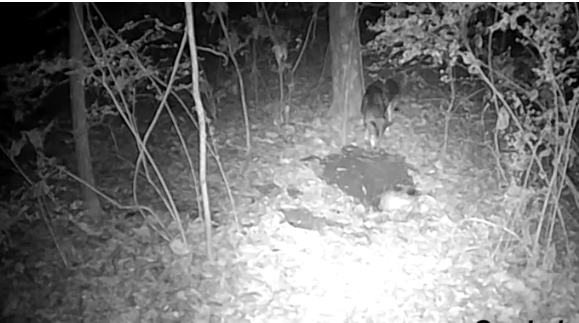 A recently published study on a coyote population in Roswell, Ga., concludes that coyotes do not negatively impact the area and urban green spaces have the potential to foster rich species diversity.

Mowry, founder of the Atlanta Coyote Project, has conducted numerous studies observing the behaviors of coyote populations in northwest Georgia. The area monitored was an expanse of suburban green space, where motion-activated cameras showed a 24-hour livestream of species’ activity in the area. The cameras were used not only to document coyote activity in the area, but to also observe local wildlife.

“We confirmed the presence of an active coyote den, and pups were born in each year of the study,” Mowry wrote. “However, contrary to the common misconception that coyotes are ravenous predators who will eat all other animals, we found a rich array of species, including 12 different mammals, 22 birds, and 2 reptiles.”

In response, Mowry deduced that the coyotes now served as keystone predators in the Southeast, preserving the food chain and keeping other local species in balance.

“In other words, coyotes have a very broad diet and they keep other species in check, so that no single species outcompetes the other,” Mowry wrote. “In addition, much of the coyote diet is plant-based and prey only make up a portion of their diet.”

The interest in coyotes in the Atlanta area continues, with locals having contributed more than 2,000 reports on the Atlanta Coyote Project website.