Report: Mexico, China are Top Destinations for US Poultry Exports

In 2018, exports of poultry from the U.S. stood at 1.9M tonnes, lowering by -10.3% against the previous year. In general, poultry exports continue to indicate an abrupt decline. 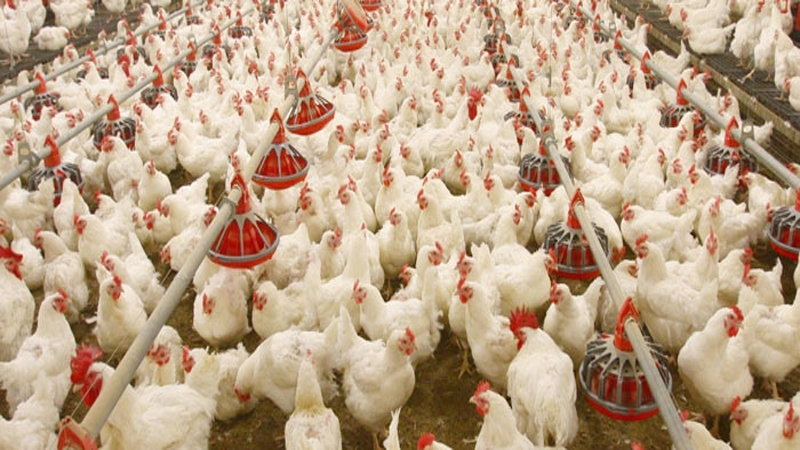 The “U.S. Poultry Market Analysis and Forecast to 2025” report has been added to ResearchAndMarkets.com’s offering.

The revenue of the poultry market in the U.S. amounted to $24.5B in 2018, remaining stable against the previous year. This figure reflects the total revenues of producers and importers (excluding logistics costs, retail marketing costs, and retailers’ margins, which will be included in the final consumer price).

The market value increased at an average annual rate of +3.0% from 2007 to 2018; the trend pattern remained consistent, with somewhat noticeable fluctuations being observed over the period under review. The most prominent rate of growth was recorded in 2008 when the market value increased by 19% y-o-y. Poultry consumption peaked at $24.8B in 2017, and then declined slightly in the following year.

Production in the U.S.

In 2018, the amount of poultry produced in the U.S. amounted to 22M tonnes, approximately reflecting the previous year. The total output volume increased at an average annual rate of +1.2% over the period from 2007 to 2018; the trend pattern remained relatively stable, with somewhat noticeable fluctuations throughout the analyzed period.

Exports from the U.S.

In 2018, exports of poultry from the U.S. stood at 1.9M tonnes, lowering by -10.3% against the previous year. In general, poultry exports continue to indicate an abrupt decline. In value terms, poultry exports amounted to $2.2B (IndexBox estimates) in 2018.

From 2007 to 2018, the average annual growth rate of volume to Mexico stood at +2.2%. Exports to the other major destinations recorded the following average annual rates of exports growth: China, Hong Kong SAR (+5.1% per year) and Angola (+1.2% per year).

In value terms, Mexico ($493M) remains the key foreign market for poultry exports from the U.S., comprising 22% of total poultry exports. The second position in the ranking was occupied by China, Hong Kong SAR ($202M), with a 9.1% share of total exports. It was followed by Canada, with a 6.1% share.

The average poultry export price stood at $1,181 per tonne in 2018, falling by -3.7% against the previous year. Over the last eleven years, it increased at an average annual rate of +1.5%. Export prices varied noticeably by the country of destination; the country with the highest export price was Canada ($2,458 per tonne), while the average price for exports to South Korea ($598 per tonne) was amongst the lowest.

From 2007 to 2018, the most notable rate of growth in terms of export prices was recorded for supplies to Russia, while the export prices for the other major destinations experienced more modest paces of growth.

Imports into the U.S.

In 2018, approx. 114K tonnes of poultry were imported into the U.S.; growing by 5.4% against the previous year. Over the period under review, the total imports indicated a prominent expansion from 2007 to 2018: its volume increased at an average annual rate of +4.0% over the last eleven years. The trend pattern, however, indicated some noticeable fluctuations being recorded throughout the analyzed period. Based on 2018 figures, the poultry imports decreased by -34.0% against 2015 indices. In value terms, poultry imports stood at $262M (IndexBox estimates) in 2018.

Chile (68K tonnes) and Canada (41K tonnes) were the main suppliers of poultry imports to the U.S., together accounting for 97% of total imports.

From 2007 to 2018, the most notable rate of growth in terms of imports, amongst the main suppliers, was attained by Chile.

In 2018, the average poultry import price amounted to $2,303 per tonne, growing by 4.4% against the previous year. Over the period from 2007 to 2018, it increased at an average annual rate of +2.3%. Average import prices varied somewhat amongst the major supplying countries. In 2018, the country with the highest import price was Canada ($2,771 per tonne), while the price for Chile totaled $2,007 per tonne.

From 2007 to 2018, the most notable rate of growth in terms of import prices was attained by Canada.