Through the settlement, Anthem has reached a resolution with the 43-state multistate coalition and California.
In addition to the payment, Anthem has also agreed to a series of data security and good governance provisions designed to strengthen its practices going forward. 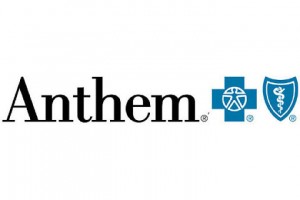 Attorney General Chris Carr says that Georgia has joined a total $39.5 million settlement with Anthem stemming from the 2014 data breach that involved the personal information of 78.8 million Americans. Through the settlement, Anthem has reached a resolution with the 43-state multistate coalition and California. Georgia will receive $1,387,257.61 from the settlement. In addition to the payment, Anthem has also agreed to a series of data security and good governance provisions designed to strengthen its practices going forward.

“We considered many factors before joining this multistate investigation,” said Attorney General Chris Carr. “It is important to remember that in a world where cybersecurity threats are evolving, so too must our efforts to combat them. We believe Anthem is being an amicable partner in correcting this situation by taking the necessary measures to address the issue at hand. Georgia will continue to cross borders and work with private, public, state, local and federal partners to make sure that we eliminate the truly bad actors from the playing field.”

In February 2015, Anthem disclosed that cyber attackers had infiltrated its systems beginning in February 2014, using malware installed through a phishing email. The attackers were ultimately able to gain access to Anthem’s data warehouse, where they harvested names, dates of birth, Social Security numbers, healthcare identification numbers, home addresses, email addresses, phone numbers, and employment information for 78.8 million Americans. In Georgia, 3,726,249 residents were affected by the breach.

Under the settlement, Anthem has agreed to a series of provisions designed to strengthen its security practices going forward. Those include:

In the immediate wake of the breach, Anthem offered an initial two years of credit monitoring to all affected U.S. individuals.

In addition to this settlement, Anthem previously entered into a class action settlement that established a $115 million settlement fund to pay for additional credit monitoring, cash payments of up to $50, and reimbursement for out-of-pocket losses for affected consumers. The deadlines for consumers to submit claims under that settlement have since passed.