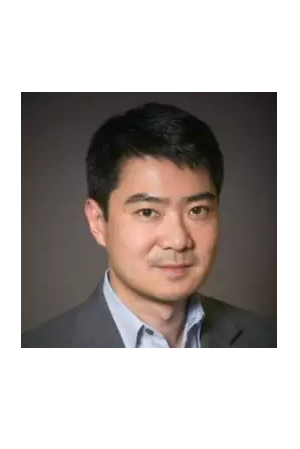 “Ying thought of his own financial gain before the millions of people exposed in this data breach even knew they were victims,” said U.S. Attorney Byung J. “BJay” Pak.  “He abused the trust placed in him and the senior position he held to profit from inside information.”

“If company insiders don’t follow the rules that govern all investors, they will face the consequences for their actions. Otherwise the public’s trust in the stock market will erode,” said Chris Hacker, Special Agent in Charge of FBI Atlanta. “The FBI will do everything in its power to stop anyone who takes unfair advantage of their insider knowledge.”

According to U.S. Attorney Pak, the charges and other information presented in court: Equifax Inc. is a consumer credit reporting agency headquartered in Atlanta, Georgia.  During the summer of 2017, Equifax was the victim of a data breach, where hackers acquired names, Social Security numbers, birth dates, and addresses of over 145 million Americans.  At the time, Jun Ying was the Chief Information Officer of Equifax U.S. Information Solutions.  In that role, he was provided sensitive information that led him to conclude that Equifax was the victim of the data breach before it was made public.

On Friday, August 25, 2017, Ying texted a co-worker that the breach they were working on “sounds bad.  We may be the one breached.”  The following Monday, Ying conducted web searches on the impact of Experian’s 2015 data breach on its stock price.  Later that morning, Ying exercised all of his stock options, resulting in him receiving 6,815 shares of Equifax stock, which he then sold.  He received proceeds of over $950,000, and realized a gain of over $480,000, thereby avoiding a loss of over $117,000.  On September 7, 2017, Equifax publicly announced its data breach, which resulted in its stock price falling.

Jun Ying, 44, of Atlanta, Georgia, was sentenced to four months in prison to be followed by one year of supervised release, ordered to pay restitution in the amount of $117,117.61, and fined $55,000.  Ying was convicted on these charges on March 7, 2019, after he pleaded guilty.

Ying is the second Equifax employee found guilty of insider trading relating to the data breach, following Sudhakar Reddy Bonthu, a former manager at Equifax, who pleaded guilty on July 23, 2018.

This case was investigated by the Federal Bureau of Investigation.  The U.S. Securities and Exchange Commission contributed to the case.