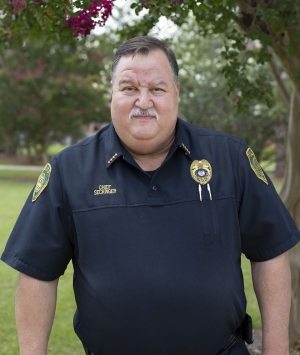 Deryl “Mack” Seckinger was named the Chief of Police for East Georgia State College, per an announcement made Tuesday. He has a long history at EGSC, working as an officer before he was appointed Interim Police Chief in January, a role he has been serving in since.

The permanent appointment means Seckinger will oversee the management, organization and direction of the operations of the police department for more than 3,000 students, faculty, and staff – more than 400 of whom live on campus.

He is also a member of the Georgia Association of Chiefs of Police, International Association of Campus Law Enforcement Administrators and the FBI National Academy Associates.