A police pursuit that ended in the backyard of a Claxton City Councilwoman garnered the attention of the high ranking city officials late Saturday evening after the councilwoman chastised the officer for making an arrest for an offense the woman said was ‘not that serious.’

A police pursuit that ended in the backyard of a Claxton City Councilwoman garnered the attention of the high ranking city officials late Saturday evening after the councilwoman chastised the officer for making an arrest for an offense the woman said was ‘not that serious.’

The entire incident was captured on body camera and dash camera footage.

The incident happened Saturday evening just after 9:00 p.m. Body camera footage obtained through an Open Records Request shows Officer Dustin Skipper out on patrol on January 11, 2020 when he spotted a vehicle with a headlight out. When he turned his vehicle around to pursue the vehicle, the driver accelerated and began to flee. Body cam footage shows Skipper radio to dispatch that the driver ‘ain’t stopping’ and the speedometer of the police vehicle approaches 60 mph on residential streets as he continues the pursuit. Skipper then tells dispatch that the driver turned off the vehicle lights all together and continues to update the location of the pursuit before ultimately radioing that the chase had stopped in the backyard of a residence on Oak Street.

The driver exited the vehicle with her hands up and followed all of Officer Skipper’s commands while saying, “I’m sorry” repeatedly. As he was asking her questions, handcuffing her, and helping her to her feet, at least three people exited the house. One of them can be identified as District 1 Councilwoman Tina Hagan. The driver told the officer that she just wanted to get to the house, where she does not reside, because she had a baby in the car. Skipper assures the driver that someone will get the baby shortly and to just hold on. Hagan tells the driver, “I got it,” but Skipper again asks everyone to ‘hold on’ as he tries to manage and secure the scene. 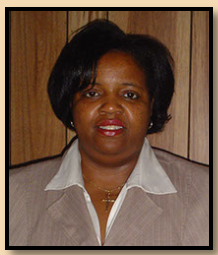 Fire Chief Jason Stone, who is off-duty, is also on the scene in plain clothes and is asked by Hagan about ‘what the problem is.’ Skipper tells Hagan that Jason is ‘not in charge,’ at which point Stone steps back considerably from the scene to stay out of the way. Skipper asks again for Hagan to give him just a second, which Hagan replies by saying, “I’m Councilwoman Tina Hagan and I’m pretty sure this is not that serious.”

“Yes it is. It doesn’t matter what your position is, give me just one second. I asked you to hold on,” Skipper asks of Hagan.

A second woman from the house asked Hagan if she [Hagan] wants to call the police chief or the mayor. “Why you letting that baby sit in the car by itself?” the woman asks, before instructing another individual to go get Hagan’s phone.

Four-and-a-half minutes from the time of the call to dispatch that the driver wasn’t stopping, a second Claxton officer arrives on the scene and Skipper asks him to check the baby and get her out of the car. The baby was in the car without her mother for less than three minutes before being given to Hagan, who identifies herself as a friend of the family.

When Officer Skipper mentions towing the vehicle, Hagan questions the decision while Skipper explains it’s part of the protocol because the vehicle was part of a crime. “A crime?” Hagan asks. “Yes – fleeing from the police is a crime,” Skipper tells her. Hagan replies, “You’re not towing it. I’m fixin’ to call the mayor. Where’s Dale [the police chief] at?”

Skipper replies, “He’s at home, he’s off. You can call him.” Hagan is then seen on the phone.

Officer Skipper and the driver have another cordial exchange about the traffic stop and Skipper asks the woman if she’d like to have her child stay with Hagan, which the driver replied she did. She also asked that Hagan be given her house key, which Skipper helped facilitate. The driver took the opportunity to explain the situation to Skipper and said she understood what she did was ‘not right.’

Hagan again asked if Skipper was arresting the driver and for what.
Skipper: “Fleeing.”
Hagan: “Are you serious? She told you why she didn’t stop.”
Skipper: “Yes, I am very serious. I don’t care.”
Hagan: “I don’t care either. What’s your name?”
Skipper: “Officer Skipper”
Hagan: “Okay, Skipper.”
Skipper: “It doesn’t matter…”
Hagan: “You right, it doesn’t matter. But I’m telling you, she told you why. I ought to be legit…I ought to be legit. “
Skipper: “I’m thankful that she did, but that still doesn’t make it illegal or legal…”
Hagan: “You’re not gonna talk to me any kind of way, you better get that…”

Because of Hagan’s calls, both Lieutenant Chris Moser and Chief Kirkland call while Skipper was on the scene making the arrest and waiting for the tow truck. For much of the incident, Hagan remains on the phone with Mayor Terry Branch.

Skipper returns to his patrol car where the driver was sitting in the backseat and explains the next steps to her. After running her license and registration, Skipper discovers the license is suspended for the driver and she has a warrant out for her arrest in Statesboro.

Hagan continues to try to keep the car from being towed and is heard telling the mayor that they are going to discuss this ‘first thing Monday morning’ and that she’s going to get her money back. “This is about to be an ugly situation,” Hagan is heard saying.

Skipper is on video telling Hagan, “We can’t treat her any differently than we would anyone else because then they’re gonna say, ‘Well you did this for so and so and so and so, why can’t you do that for me?…I’m gonna do things by the book, consistently. I’m not gonna change it up with anyone…”

Council member interference with the day to day operations of the police department is frowned upon in most communities. Last year, the City of Reidsville in Tattnall County dealt with a similar episode and incidents of the like make headlines around the nation each year, often resulting in public reprimand by fellow elected officials in according with the city charter or ethics ordinance. The City of Claxton, however, does not have an ethics ordinance.

The video from the pursuit and arrest is below.

Disclaimer: The video was edited to blur the face of the minor child in the vehicle and also cut at the end of the video portion of the arrest so as not to reveal personal information of the driver during intake at the jail.