Superintendent’s Wife Will Not Work for Evans Co. in 2019-20 School Year

In light of the public blow back over the hiring processes in a closed-door meeting, the wife of Superintendent Martin Waters will not be employed by the Evans County School System for the 2019-2020 school year. 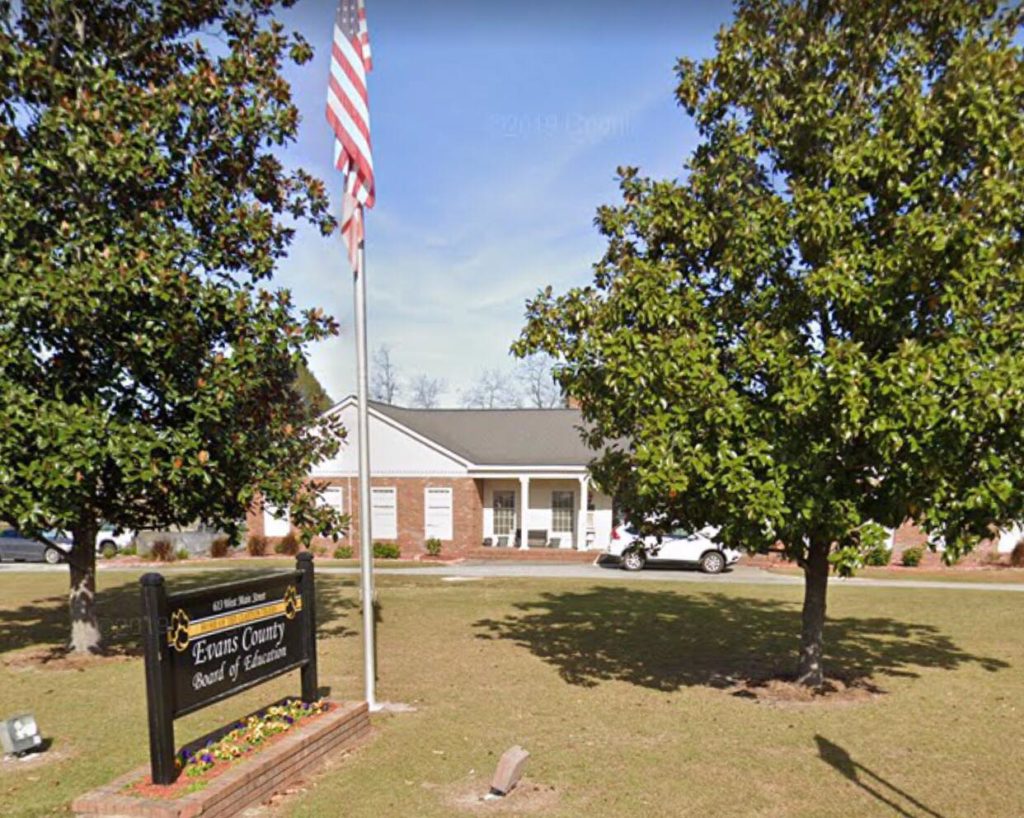 In light of the public blow back over the hiring processes in a closed-door meeting, the wife of Superintendent Martin Waters will not be employed by the Evans County School System for the 2019-2020 school year.

Documents indicate that Jessica Waters simultaneously ‘declined’ the job with the Evans County school system and ‘resigned’ from the position. She was transferred under an ‘administrative internal personnel transfer’ by her husband from substitute teacher to ISS Teacher during a June 24th executive session meeting, but it was later revealed that she did not have an active teaching certificate.

AllOnGeorgia was initially notified on Tuesday morning that Board members were notified that Jessica Waters would not be working for the school system, which came one day after AllOnGeorgia published an article detailing the hiring process carried out by the Superintendent and the Board members. A number of citizens spoke out about the practice and the revocation of Jessica Waters’ teaching certification, which prohibits her from working in any school district in Georgia under rules set by the Georgia Professional Standards Commission (PSC) and state law. But the announcement about the change of direction was, once again, only made internally.

AllOnGeorgia subsequently requested records for text or email messages of official school business between the superintendent and board members at 2:34 p.m. on July 23, citing no specific discussion topic but included the window of 12:00 P.M. on Monday, July 22 and 2:00 P.M. on Tuesday, July 23.

AllOnGeorgia erroneously filed a request for ‘screenshots’ instead of text messages, so Waters responded that he was ‘not in possession of any screenshots,’ however, the system sent copies of an email sent to Board members at 12:25 p.m. on Tuesday, July 23 asking for ‘interim clearance’ on the personnel recommendations so new employees could be processed (ahead of the start of the school year) and departing employees could be released. Waters told Board members in the email to respond with a vote, but said a public vote would be held at the August 12th meeting as well.

AllOnGeorgia requested records of communication received by Waters from the Board members as well, but none was included in the response. Given the narrow window, it is possible that Board members did not respond during the window in the request.

The document, included with the emails at the bottom of the article, shows as Jessica Waters “declined offer/resignation” effective July 23, 2019. Her position was listed as “Teacher/Substitute.”

The recommendation is all-encompassing, but a ‘declined offer’ refutes other school records that show that Jessica Waters, who was supposed to begin working at Claxton Elementary on July 24th, was already assigned a county email address and job title, and appeared in the staff directory as personnel. Her information appeared on the website as recently as July 23, as seen in the timestamp of the screen captures below.

The standard practice of the board includes publishing the draft meeting minutes and the personnel recommendations within 48 hours of the board meeting. When this became policy after a complaint to the Georgia Attorney General’s Office, Superintendent Waters said the 48 hour window allowed the central office to contact those impacted by personnel recommendations in executive session before the matters were made public. The most recent board meeting minutes from the July 10th meeting, however, do not reflect Jessica Waters’ declining of the offer of employment, indicating the decision came at a later date.

Citizens voiced opposition to the hiring of a spouse of a central office administrator without publication or a board vote, perceived nepotism, and the certification revocation. Matters were multiplied when records showed a manipulation of documents in the process of filling an Open Records Request for AllOnGeorgia.

As of Wednesday, at least two complaints had been filed by with the Georgia Professional Standards Commission by citizens of Evans County.