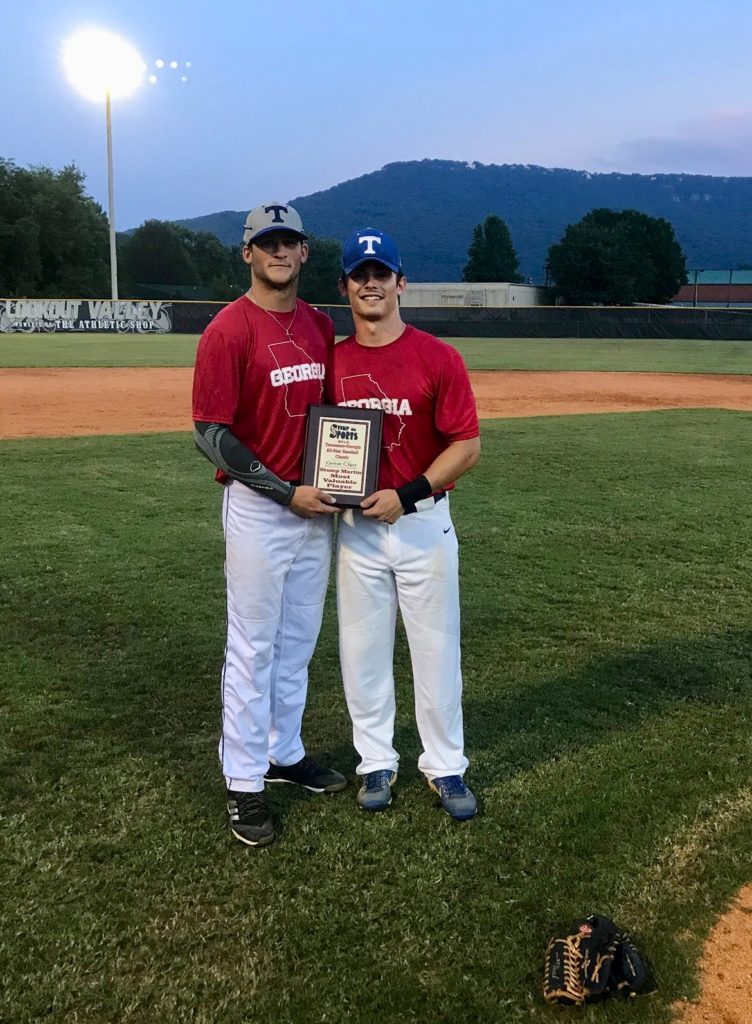 Georgia dominated the annual Georgia-Tennessee All-Star baseball game, 19-1. The game featured the best high school baseball talent from northwest Georgia as they took on their counterparts from the southeast Tennessee area. The 17th Annual Stump on Sports Tennessee-Georgia All-Star Baseball Classic was played at Lookout Valley High School in Chattanooga.

Phillips (Gordon College), went 3/5 with a double, a home run, and a Grand Slam, while setting a new game record of 8 RBIs and was named overall MVP for the game.

Railey added a double and two RBIs for the Georgia boys as they swept Tennessee. Trion’s two players batted in 10 of the 19 runs.

“I am extremely proud of how both Bulldogs performed in the game,” Trion Baseball Coach Jason Lanham said.

Tennessee holds a 14-3 lead in the all-time series.