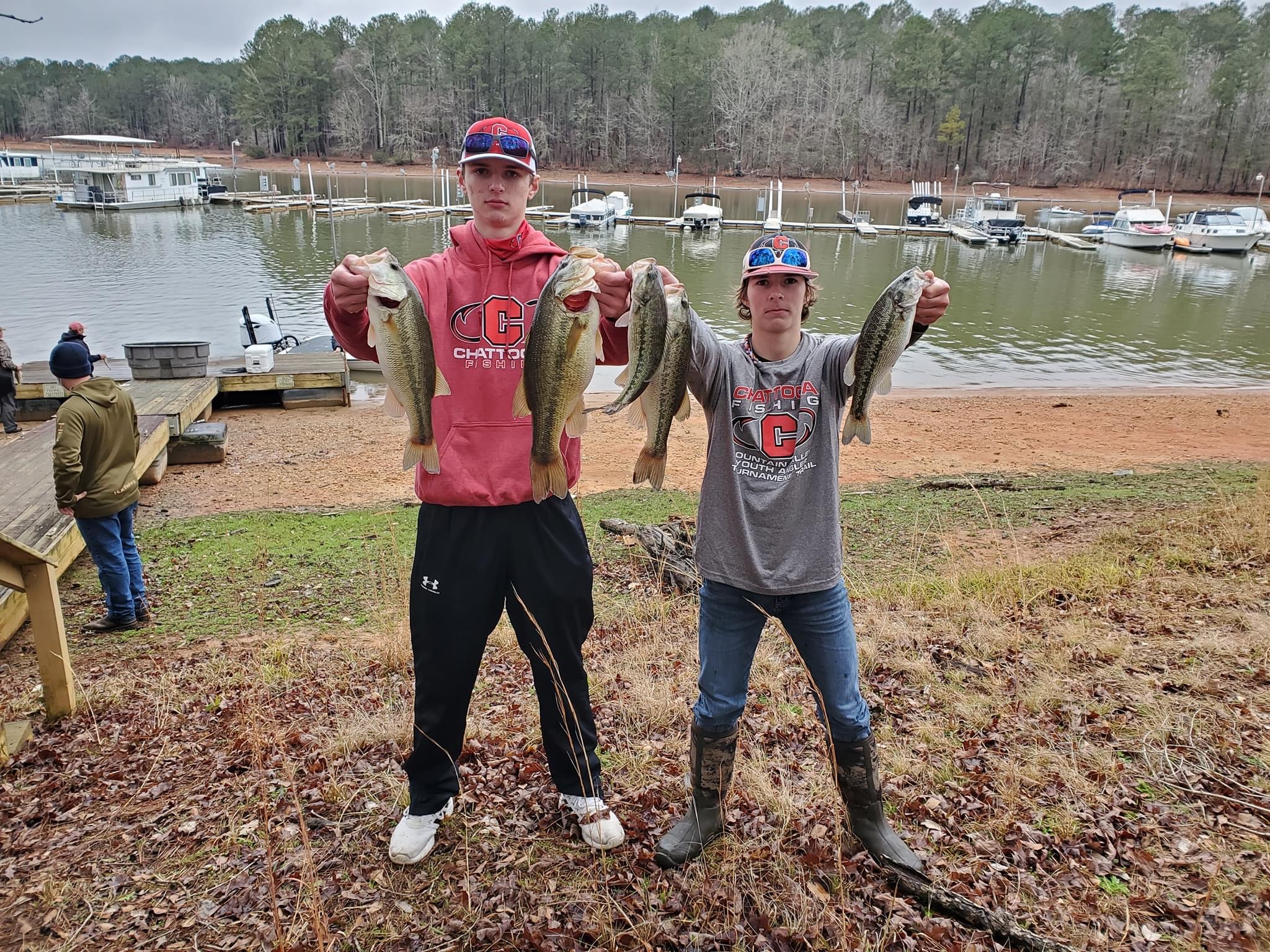 For the first time in school history Chattooga High School will have two anglers competing for the GHSA State Championship.

Representing Chattooga High School, and as far as Coach Jason Paseur knows, the only anglers from Northwest Georgia, will be Landon Stephens and Jackson Eckroat. Only 68 qualified from the entire state, according to Coach Paseur.

There were four qualifying tournaments throughout the state, Landon and Jackson placed 9th at Westpoint in LaGrange with five fish at 9lbs 5oz back in February. That guaranteed them a spot at the state championship.

“I am proud of our Anglers this season. They are doing well in our league and consistently weighing in fish. We have had several place top three and win big fish. The points are tight so this last tournament at Nickajack could be a shuffle among our rankings,” Coach Paseur said.

“As far as Landon and Jackson. I am proud at how hard these two work at studying these lakes for GHSA and learning what baits to throw. They are very deserving of being able to compete on the state level. As far as their parents, its hard to find anyone as supportive as they are. Landon’s father, Joe is their boat captain and is a great sport carrying these boys out to not only fish tournaments on our regular schedule, GHSA schedule but pre fishing also. That being said, all of our parents and especially the school and it’s community has been very supportive of our program and including among the other sports at CHS. It’s pretty awesome that Tribe Anglers are going to GHSA STATE during the inaugural year of Bass Fishing,” Paseur said.