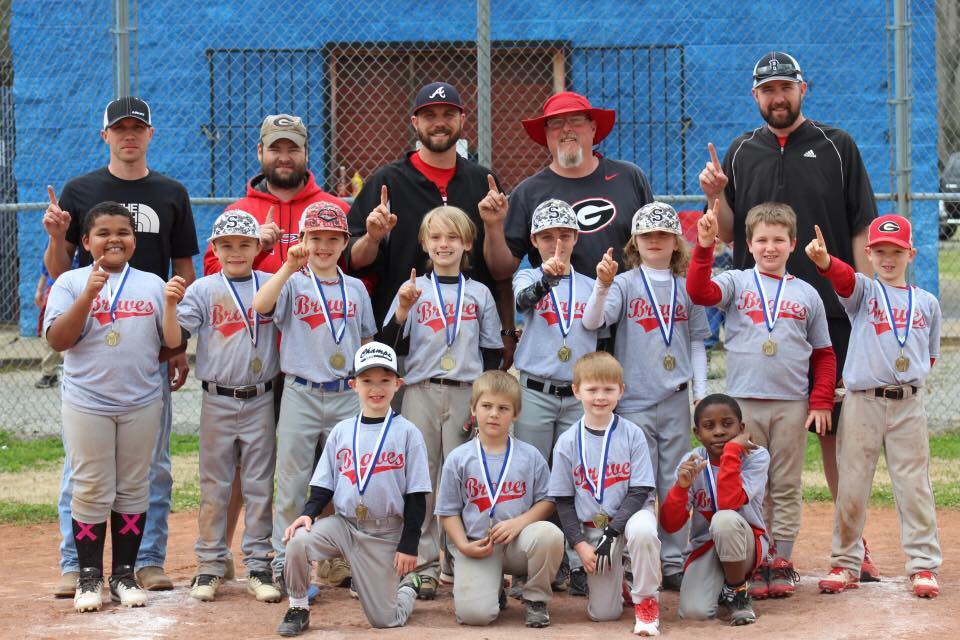 Preseason baseball action was in full swing over the final weekend of March 2018 and, in Menlo, Georgia, at the Menlo Roaring Tiger Pre-Season Tournament, the Summerville Braves (7/8 year-olds) displayed a level of domination that has coaches and parents setting high expectations for the upcoming season.

Hot Bats at the Plate, Golden Gloves in the Field

The Braves faced off against four different teams over the course of the event. At the plate, several Braves players went 8-for-8 with many multi-base hits. The offensive output was enough to leave the Brave’s coaching staff highly enthusiastic.

“We played very well considering we had limited practice due to the weather. The bats were hot and our defense made all the routine plays to keep us in position to win each game. We are very excited about our upcoming season, this tournament showed us the areas in which we need to improve,” Coach Will Allen said. Gunner Henderson batted clean up and had a very good tournament at the plate, according to Coach Allen.

In the field, the Braves were just as potent. Shutting down the infield action, the Braves allowed only one run to be scored against them; for the entire tournament. Combined with their production at the plate, the weekend was the most dominating performance tournament officials have seen. The Summerville Braves outscored all opponents by a staggering margin of  48  – 1.

The Braves are still working out their positions and lineup, however, it seems that the versatility of the roster will leave them with a problem every team wishes they had, a lot of great players who can play multiple positions.

Baseball schedules for the Summerville Braves and all the recreation teams are available through their website, https://summervillega.org/summerville-parks-recreation/