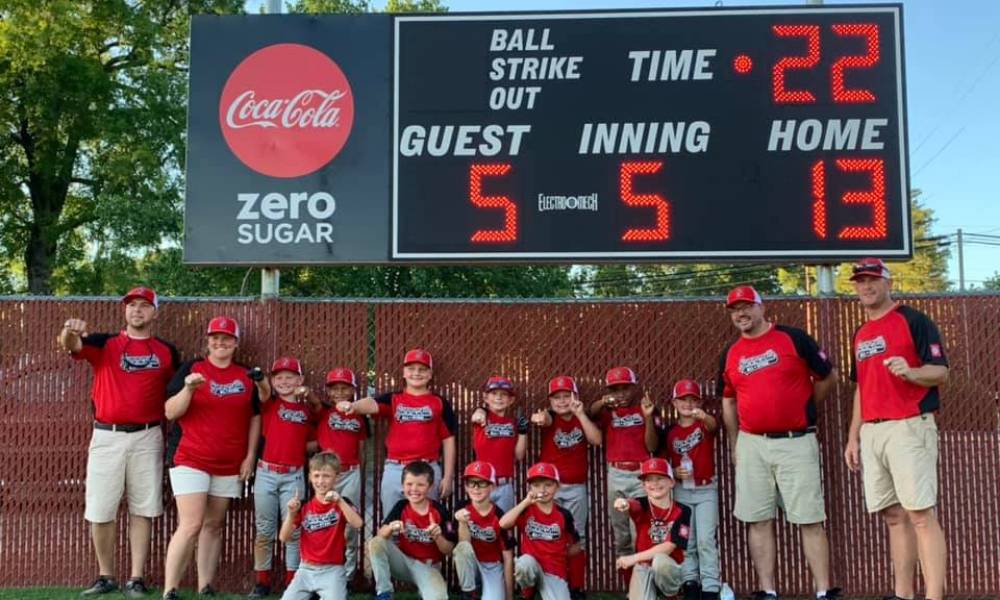 Summerville 8U All-Stars claimed the District Championship in dominating style, outscoring opponents 89-13 in five games. The win secures the Indians spot in the State Tournament which will be played June 25-27th in Dallas, Ga.

Summerville’s bats were hot the entire tournament. “Everybody on our roster had a big hit throughout the tournament that helped us win. It was a total team effort. I am so proud and happy for them,” Coach Wes Maddux said.

Rhylan Boyd, Joshua Durham and Ty Covington all hit their first over the fence homerun during the tournament.

“Chickamauga has a great baseball team, tons of respect for that group. They beat us twice last weekend in Trion by a single run. In both of those games our defense had a couple of bad innings and we couldn’t seem to get the big hit when we needed it. I felt like if our defense would make the routine plays, we had a good shot to win the game. The defense was lights out. Our infield made up of Braydon, Stetson, Zayden, Ty and Sawyer made all the routine plays and that was the difference this time around. Our outfielders did a great job of stopping the ball and getting it back in quick. The effort put forth was on a different level, those boys were hungry,” Maddux said.