During the 47-40  victory over Armuchee, Trion’s Chloe Murdock hit her 1,000th career point. 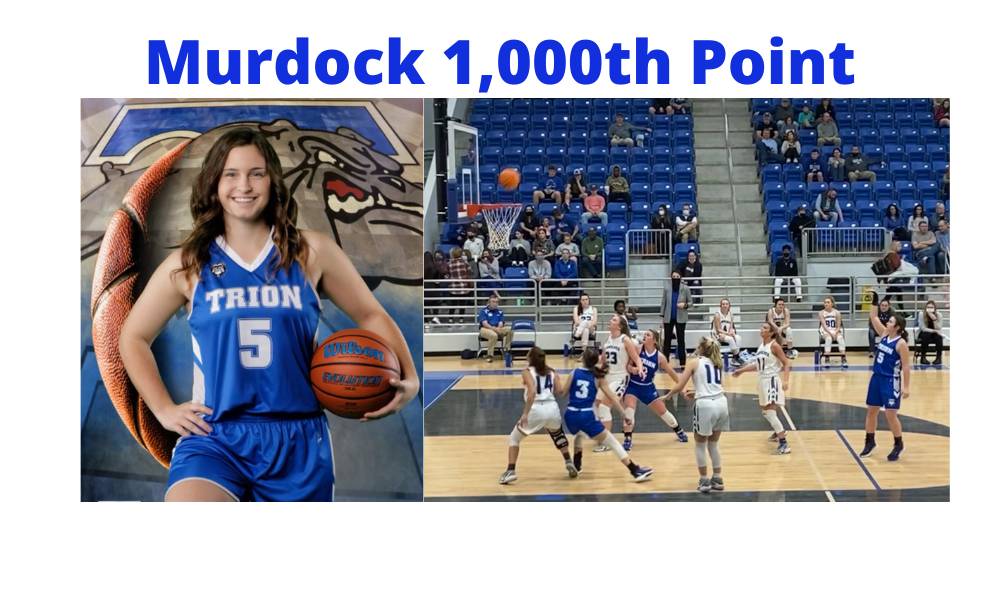 During the 47-40  victory over Armuchee, Trion’s Chloe Murdock hit her 1,000th career point.

Scoring 1,000 points is an outstanding achievement for any high school basketball player, and Murdock told AllOnGeorgia that she couldn’t have reached the milestone without her team.

Going into the game Murdock knew she was within seven points of the 1,000 mark. Lady Dogs Head Coach Justin Gentry had this to say about the achievement, ” I am so proud of Chloe! She’s been a phenomenal leader this year, both on and off of the court. She has worked incredibly hard the last few years to become the great player that she has become. She has earned this honor with countless hours of work. She is the hardest worker I have coached and I couldn’t be more proud.”

Gentry has coached Murdock for 4 total seasons. three in high school and one in middle school.

“She works hard to achieve success in everything she does. School, leadership, sports,” Gentry said.

Trion is currently ranked #6 in the state. The Lady Dogs have a 14-3 overall record and are undefeated in region play at 7-0.