The Trion Bulldogs finished off their 2019 football season on Friday after making it into the first round of the playoffs. 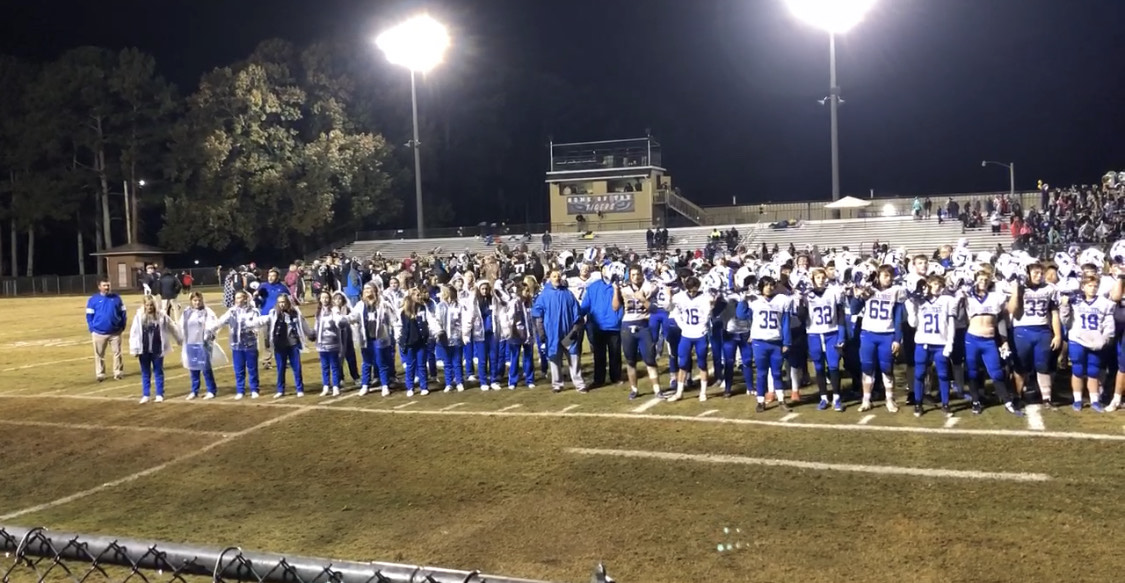 The Trion Bulldogs finished off their 2019 football season on Friday after making it into the first round of the playoffs.  After putting up a good fight, the Bulldogs fell to the Commerce Tigers, 23-6.

The Bulldog defense held strong through the first quarter, not allowing any Tiger touchdowns.  However, the Tigers managed a field goal with three minutes remaining in the quarter. Going into the second quarter, Commerce scored their first touchdown, putting the Bulldogs down by nine.  Trion quickly retaliated, scoring a touchdown of their own. After a PAT that was no good, Commerce was still up by the three heading into the half.

The remainder of the game fell to the Tigers after scoring two more touchdowns in the third and fourth quarters.  With two successful PATs following these touchdowns, the Tigers furthered their lead to win the game 23-6.

Coach Justin Brown said he was very pleased with how hard this team fought all season, “they went out and played hard, I cannot ask for more than that.”

While the Commerce Tigers will be moving on to the next round of the playoffs, the Bulldogs have officially ended the 2019 football season, ending with a 5-6 record after last Friday’s game.

Coach Brown is already busy working on the 2020 football schedule that will see some changes after the GHSA split Class A into public- and private-school divisions, each with eight regions. Trion will be in a six team region with Armuchee, B.E.S.T Academy, Bowdon, Gordon Lee, and Mt. Zion next season.