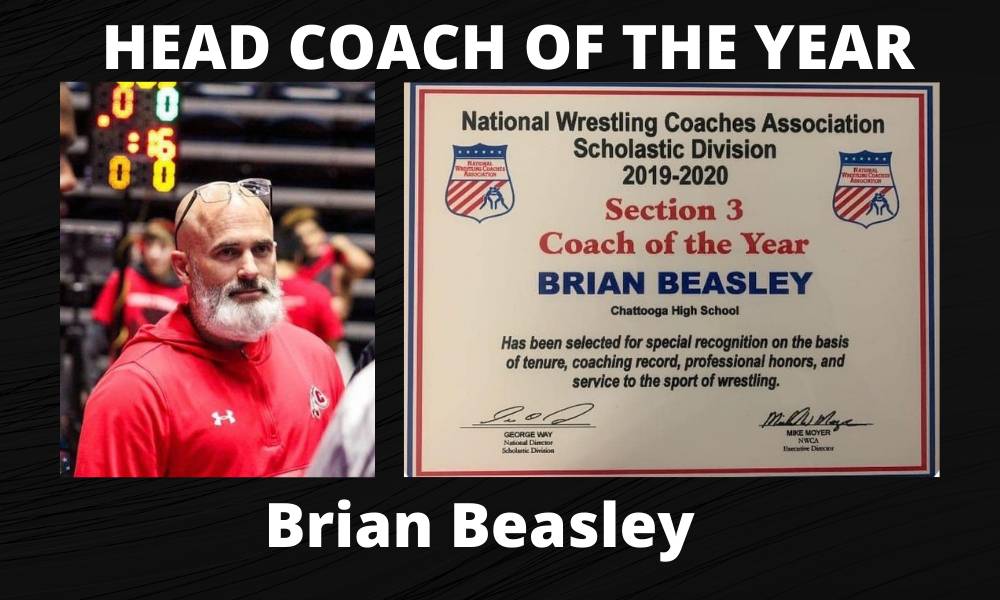 Beasley just completed his 20th season as head coach at Chattooga High School. His 2019-20 squad finished as Dual and Traditional State Champions with 9 individual state placers and five state champions, and 2 runners up. Coach Beasley has had 18 state champions and 11 runners-up in his coaching tenure. 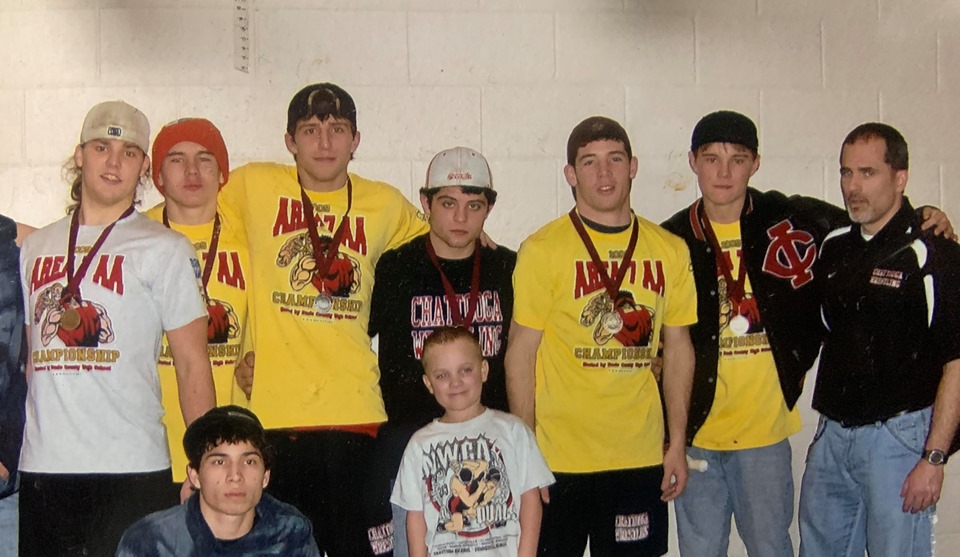 When asked to describe the 2019-20 season in one word, Beasley said, “…unforgettable.” In January Chattooga Wrestling defeated the five-time Dual Champions from Social Circle to claim the GHSA Dual Championship. Chattooga won 10 of the 14 weight classes in the dual state championship match, nine by pins. The next month Chattooga Wrestling followed up its first dual state title by claiming its first GHSA traditional team state championship. 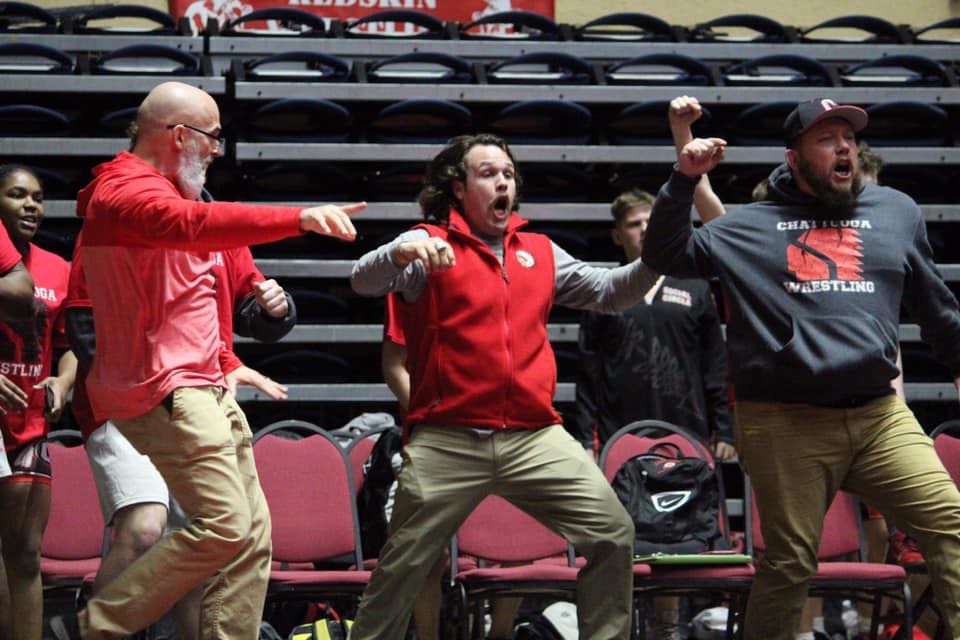 One thing is obvious when watching Coach Beasley in the corner of any match, he enjoys coaching. “It’s been a blessing working with the kids and developing bonds that last a lifetime.” 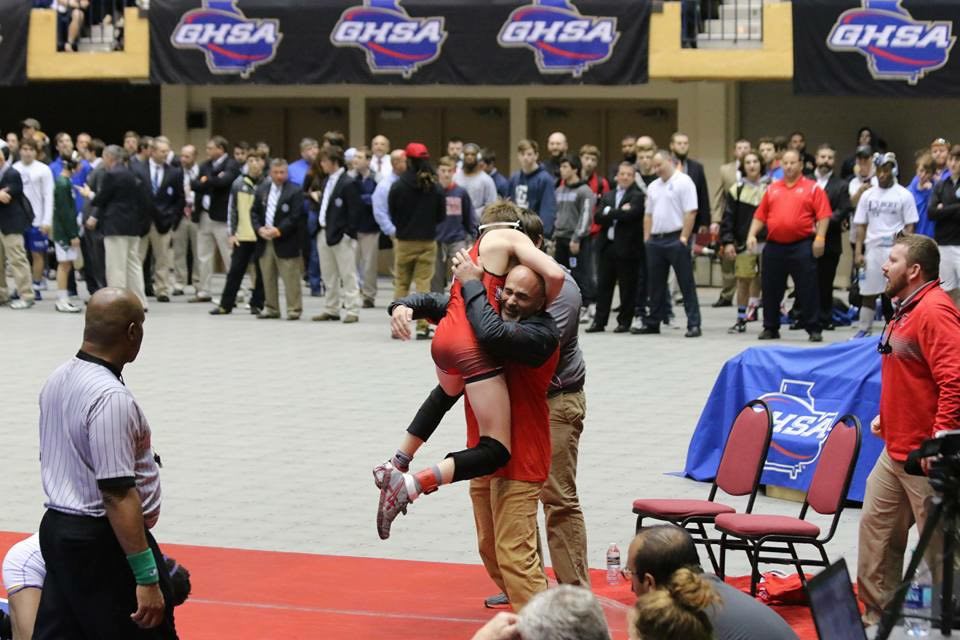 “The NWCA is proud be able to provide a platform to help recognize outstanding coaches at both the state, section, and national levels. Coaches have the ability to positively impact the lives of their athletes and ultimately change the fabric of a community,” said NWCA Executive Director Mike Moyer.

Coach Beasley said the award left him, “speechless when I found out it was an award representing the Southeast…crazy!” The Southeast award is for North Carolina, Tennessee, South Carolina, Alabama, Mississippi, Louisiana, Florida, and Georgia.

“Coach Beasley has done an amazing job building the Chattooga wrestling program. Brian has proven you do not have to have a large number of students in your school to be successful at the highest level. The state of Georgia is proud of the accomplishments of Chattooga High School and Coach Beasley,” said National Wrestling Coaches Association (NWCA) Director of Scholastic Leadership Academies and the GHSA State Wrestling Tournament Director, Bud Hennebaul.

Coach Beasley says there have been lots of “big moments” over his career, but “if I were to pick one, it would be the team winning the state dual title this year. We had kids who were multiple time state champs, but winning it as a team was a special feeling for each and every team member.” 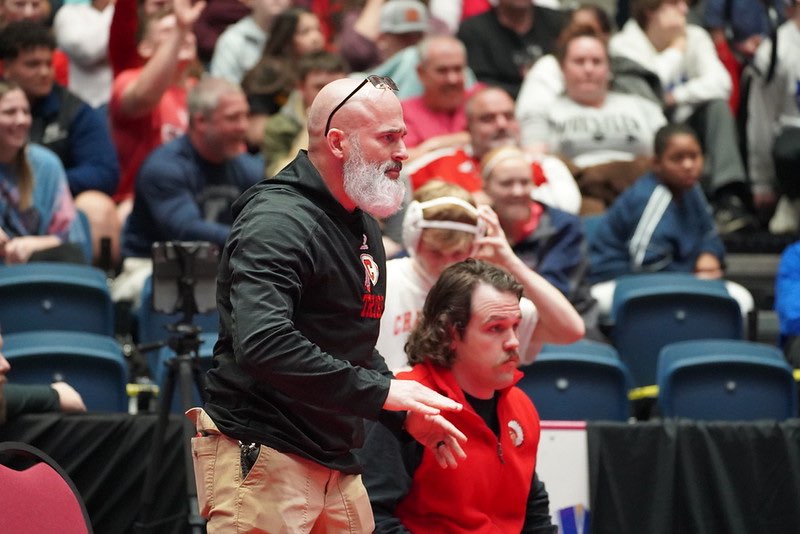