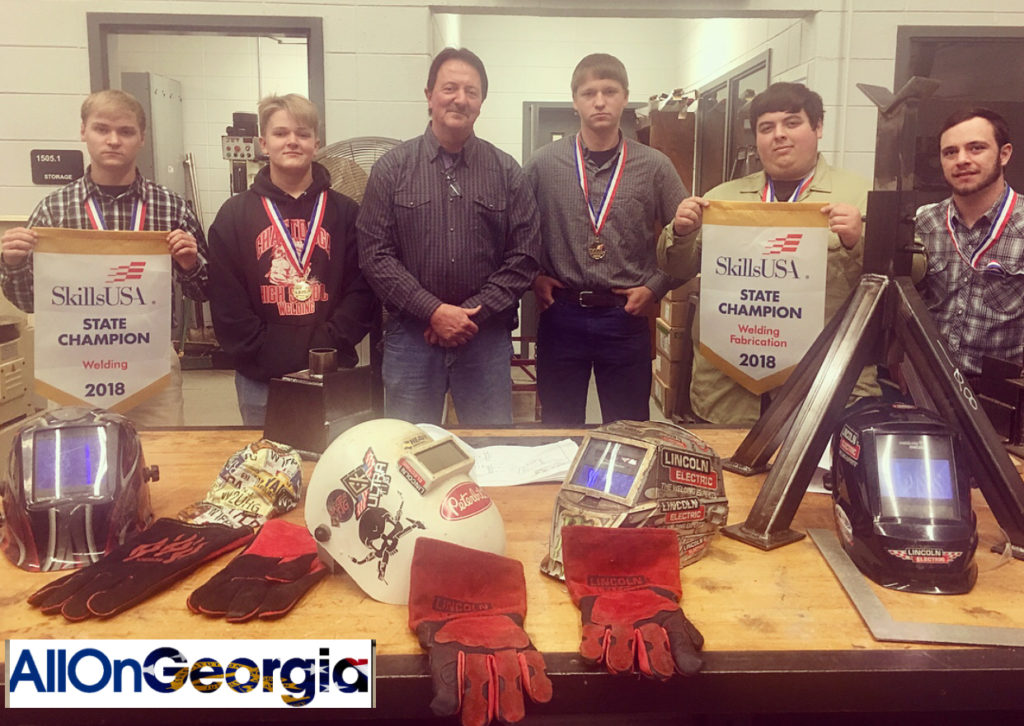 The Chattooga High School Welding/Fabrication Team traveled to Atlanta to defend their state championship title, and the red hot welders did just that. Competing against the top eight welding teams from across the state, Chattooga earned back-to-back state championships at the SkillsUSA Georgia State Leadership and Skills Conference held March 22-24. Chattooga High School also claimed the Individual State Welding Championship in welding with senior, Chase Dotson. “I don’t recall a school in the state or nation having both a welding team and individual welder ever winning state at the same time. I don’t know if it has ever been done before,” welding instructor Jeff Owings said.

After placing 2nd at the Region Competition, Dotson put in some intense practice and blew away the competition at state. Individual welders competed against the top two finishers from each of eight state regions. Dotson came out on top of the 16-man field for his first state title.

In both the team and the individual competitions, welders are provided with raw materials in the form of steel pipes, plates and fittings, and a set of detailed welding schematics. The welders then have three hours to follow the plans and complete a series of intricate torch cutting and welding with TIG, MIG, Stick and Flux Core arc welding to produce a finished product that is graded by a team of judges.

After finishing 9th in the nation last year, the 2017-18 team could be the most successful to date after the strong showing at the state competition.

Jeff Owings has been the welding instructor at Chattooga for 25 years. “I couldn’t possibly be prouder of them, they over-exceeding the expectations,” Owings said.

SkillsUSA is a national, nonprofit student organization that has developed more than 10 million workers through active partnerships between employers and educators. Hundreds of American industries have turned to SkillsUSA as the source for employees who exemplify “Champions at Work” in both skills and attitudes.

A huge part of the program lies within support from the community. Chattooga’s CTAE has work sites in over 20 local businesses and are continuously working to recruit additional companies to open their doors to CTAE internships.

During the 2017-18 school year, 18 CTAE students have been recognized at the state level for various accomplishments.

“CTAE is the heart of our school; we serve CTAE in grades 6-12. We are not only concerned with if students graduate high school, but what they are going to be prepared for the day after [graduation],” CTAE Director, Dr. Emily Mobbs said.