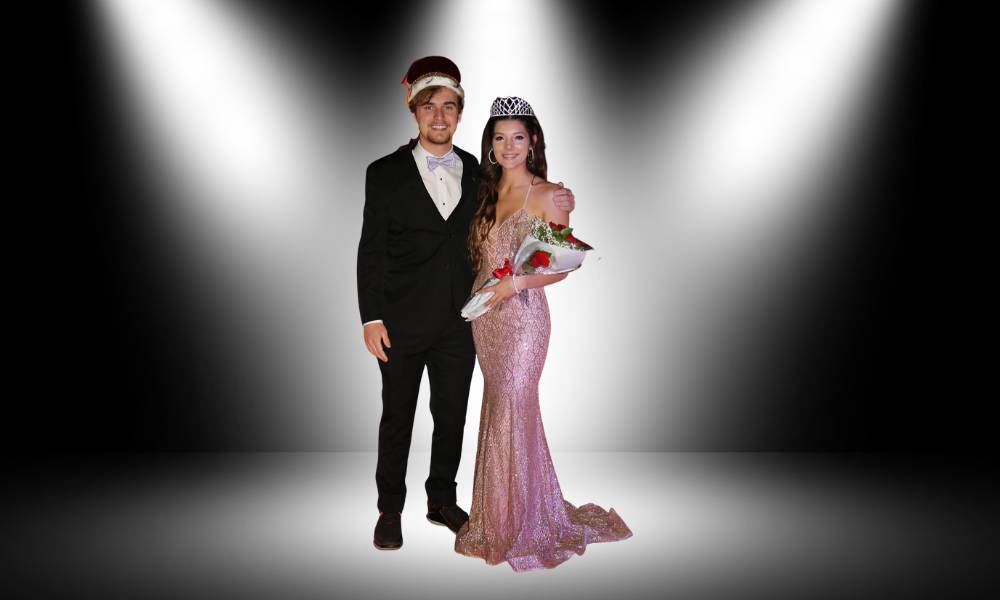 Chattooga High School held its 2021 Prom on Saturday May 1st in the War Lodge Gym. At the prom the announcement was made for- Prom Queen and King- Kinslee Bailey and Curtlon Bryan.

Curlton Bryan had this to say about the experience of being selected prom king, “it was crazy, I’ve never had something like that happen before so it was really exciting to hear my name called and to know that I was voted for by a bunch of people.”

Bryan, an accomplished drummer, has performed with the Jazz, Marching, and Concert bands, and was a member of the soccer team for the past two seasons.

With graduation being just a few days away, Bryan says, “I’ll definitely miss all my friends as we move forward in our lives. I’m gonna try to make the most of the next few weeks as our time together comes to a close.”

When asked what teacher had impacted him the most throughout his high school career he said, “I’d definitely say Mr. Greer, Mrs. Appelbaum, Mr. Windom, and Mrs. Lane are the ones I’m definitely going to miss the most. They’ve all made me who I am today.”

His plans after graduation are to pursue a career in the automotive industry in one way or another, “it’s something I’m really passionate about, so I think I’ll enjoy it.”

Kinslee Bailey said  being named Prom Queen was “pretty great to be selected by peers because for me personally, it was very unexpected.”

Bailey played soccer for two years at Chattooga High School, before getting an after school job. She is also in Beta Club.

She says what she’ll miss most about high school is, “seeing the same people that I have basically grown up with my entire life.”

Bailey had this to say about her teachers, “all of my teachers are great and I love them all, but I do love Mrs. Appelbaum very much because she has helped me not only in her class, but outside of the classroom with scholarships and applications.”

Bailey plans to attend Dalton State College after high school and become an R.N. then work her way into a pediatric nurse practitioner.