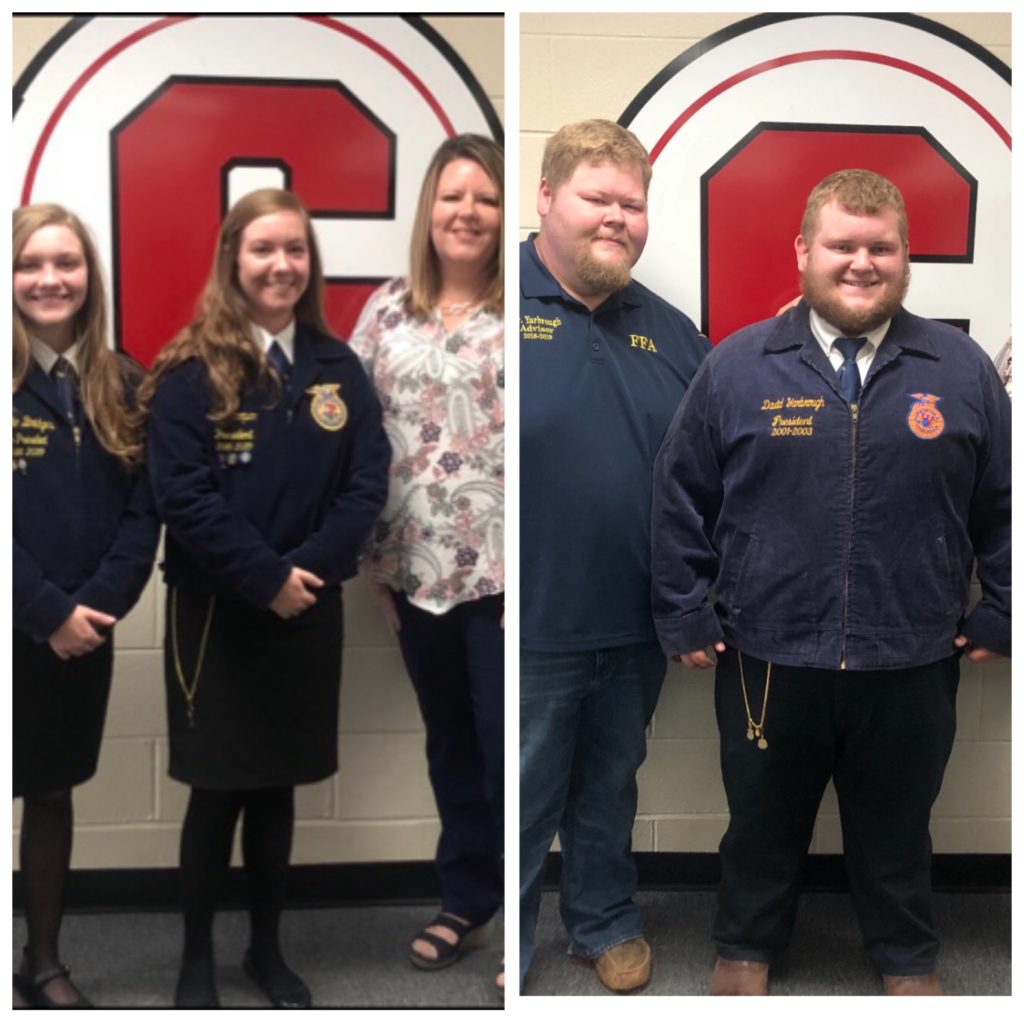 Chattooga High School FFA students were recognized at the May Board of Education meeting.

Jesse Blalock is a recent graduate of Chattooga High School but is still very active in
the FFA program. Through FFA, Jesse is able to compete one year after graduation
in the award category of Agriculture Mechanics Repair and Maintenance. This is just
one example of how CTAE continues educational training even after students join the
workforce. Jesse stops by frequently to help in the Agriculture Mechanics Shop, to
mentor younger students. “As you might remember, we recently recognized Jesse for
winning the Region competition and advancing to the State competition. We are
pleased to announce that Jesse has now won 1st place at the state level,” Interim Superintendent Jared Hosmer said.

Jorja Cooper is a senior and Addie Bridges is a junior at Chattooga High School.
Both have storied FFA careers, each earning multiple awards and accomplishments.
Jorja and Addie decided to pair up at the beginning of the school year to complete
and compete in the Agricultural Science Fair. The FFA Agriscience Fair recognizes
student researchers studying the application of agricultural scientific principles and
emerging technologies in agricultural enterprises. Their project consisted of studying
the effects of different feeds on egg production. Jorja and Addie won 1st place at the
state competition.

Jesse, Jorja and Addie will now all travel to the National FFA convention where they
will be competing at the national level. The convention will be held this October in
Indianapolis, Indiana.