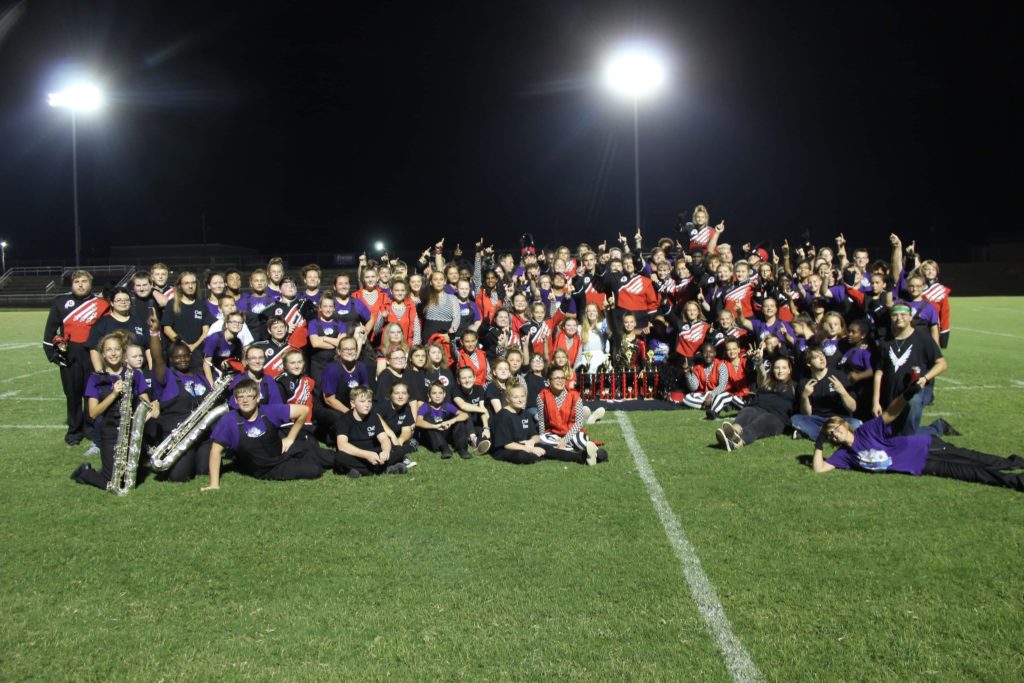 Each Friday night since September 20, the Chattooga High School Marching Indians have revealed more details to their 2019 production of Alice! This year’s show is painstakingly cleaned and performed over three days of practice each week. On September 13, when there was no football game, the band practiced a fourth day, getting in all the rehearsel time needed to perfect this year’s show for halftime audiences and competition crowds.

The band also debuted their new band uniforms and hats. This year’s Marching Indians are wearing outfits made possible by our former superintendent, Mr. Jim Lenderman. The Marching Indians will sport these uniforms at four competitions this year. 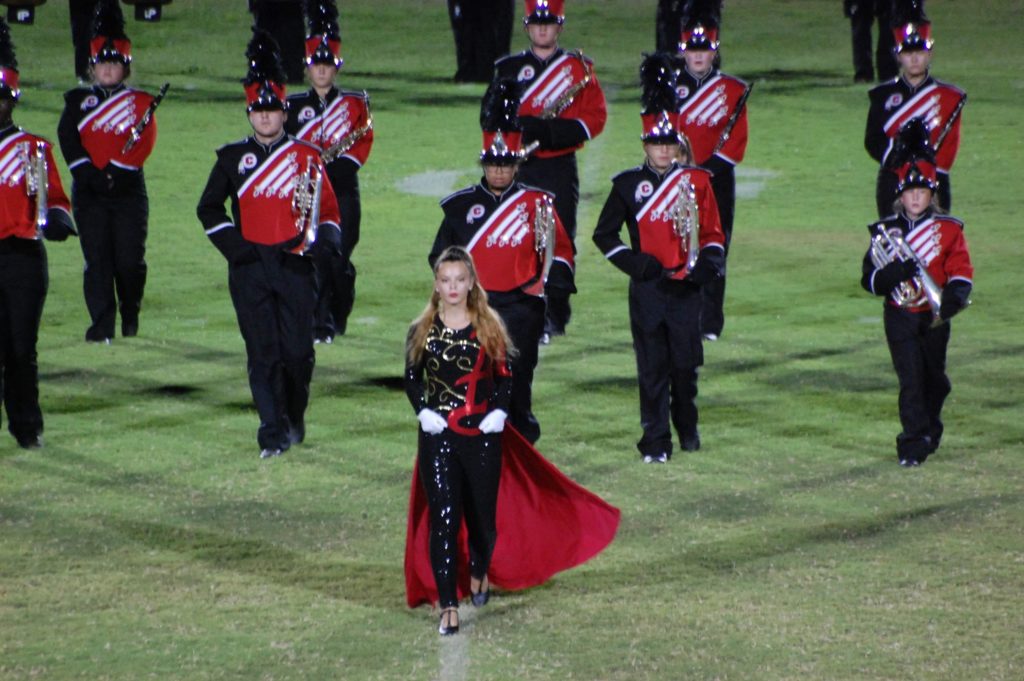 Saturday, September 28, the band traveled to Daleville, Alabama to perform in the Daleville Invitational. This is was the longest competition trip for the band this year, at close to a six hour drive and change of time zone. This was a long week for the Marching Indians with three days of band practice, an away game and halftime performance at Gordon Central and then returning to the band room early Saturday morning to load busses to head south. During awards, the Marching Indians received superiors in all categories. 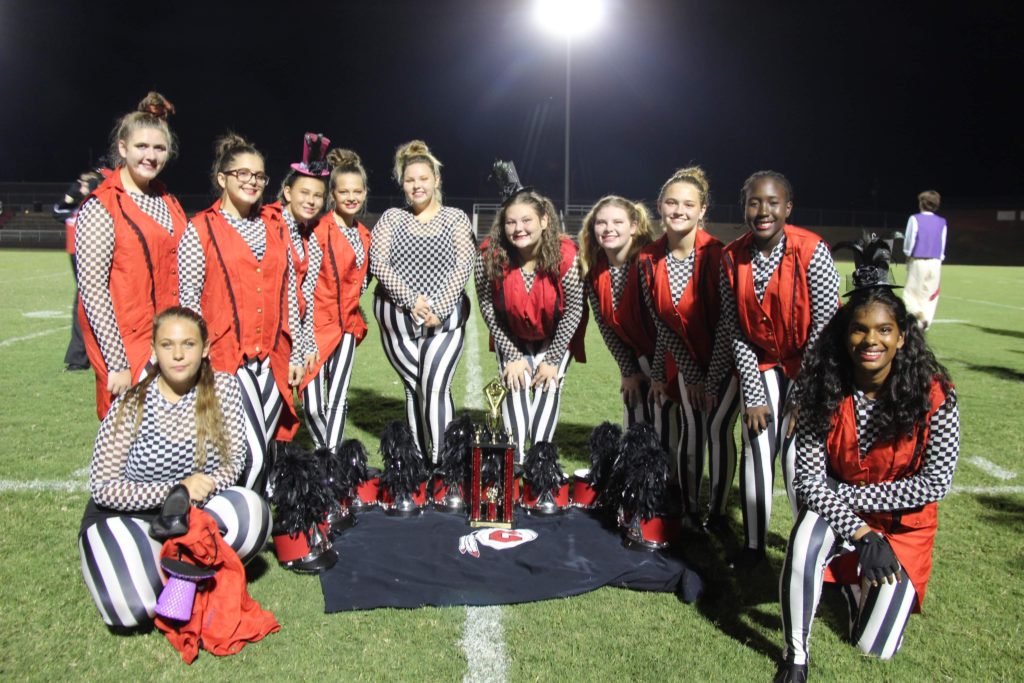 Saturday October 5, the band traveled to Boaz, Alabama to perform in the Sand Mountain Classic. The Chattooga High School Marching Indian Band was closer to home and performed in their second contest of the season a little over two hours away from Chattooga County. Rains hampered performances throughout the day and actually put the Marching Indians 10 minutes behind their actual performance time. 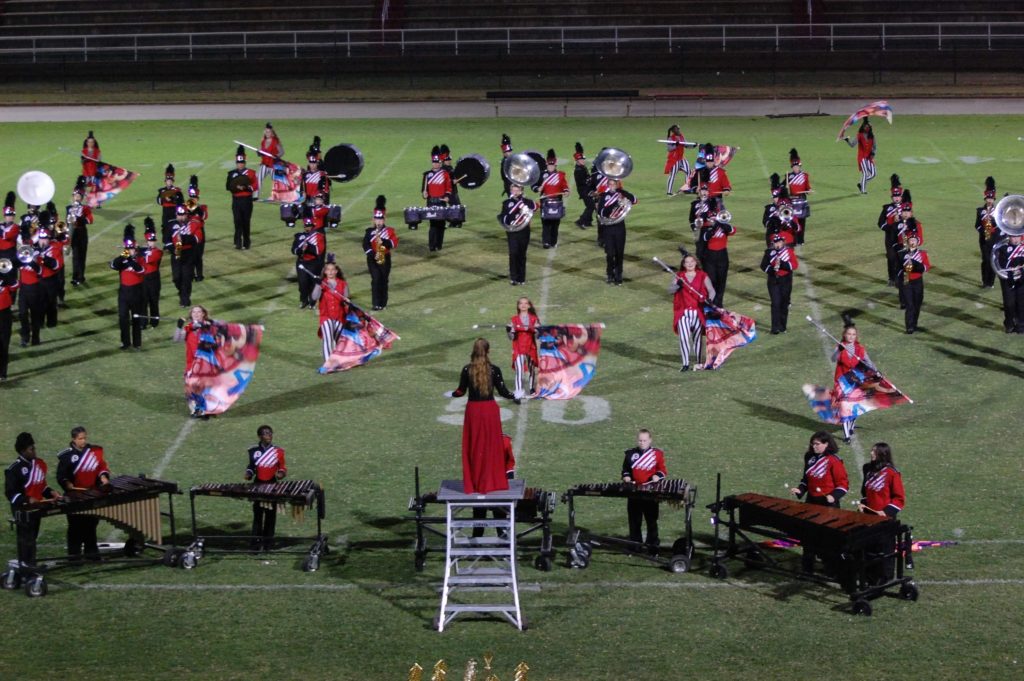 Just after clearing the field from their Class AAA production of Alice!, a light rain moved in for the last of the evening band performances. Luckily, the awards ceremony was able to be held with only drops of rain falling as trophies were handed out.

The CHS band received superiors in drum major, colorguard, percussion and band with percussion receiving Best In Class. At the end of awards the final pouring rain of the night began to fall and most likely not one band reached their bus without being soaked. 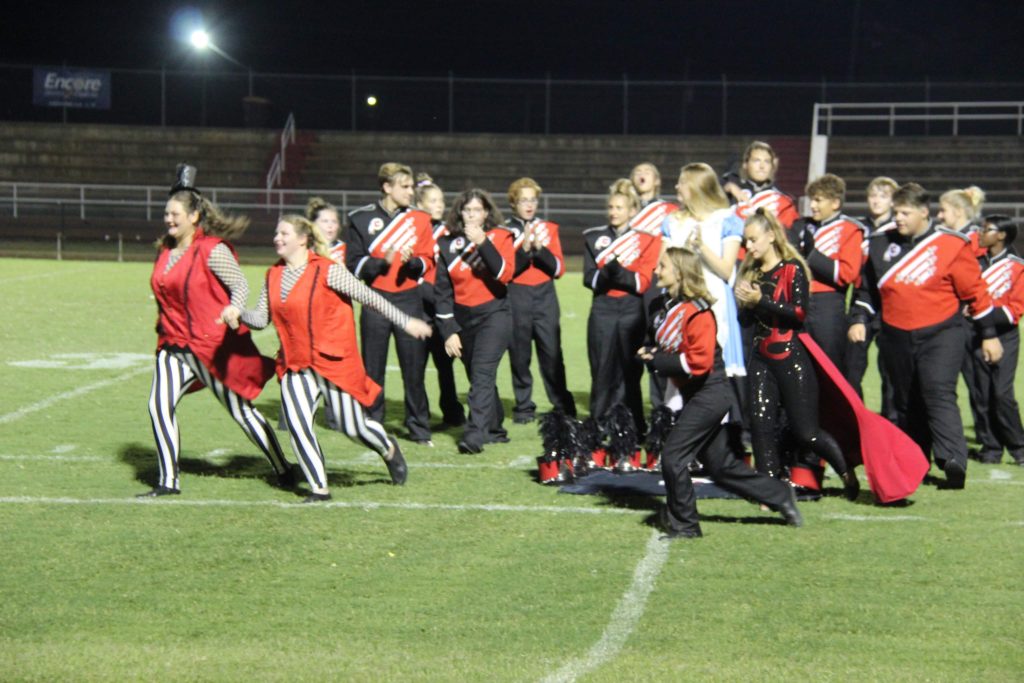 Chattooga County Schools are on fall break this week and even though there is not a football game, the Marching Indians will practice Friday morning in preparation for their Saturday trip to Piedmont High School where they will perform in the Chief Ladiga Marching Festival. Chief Ladiga has become an annual performance venue for the band. The Marching Indians began coming to this festival as a Class AA band and are currently in Class AAA. Piedmont is about an hour away and all Chattooga Countians are encouraged to come out and support our students Saturday.

The band’s final competition of the year will be held at Haralson County High School located in Tallapoosa, Ga. The Golden River Marching Festival is an hour away and another good day trip to see the Marching Indians.