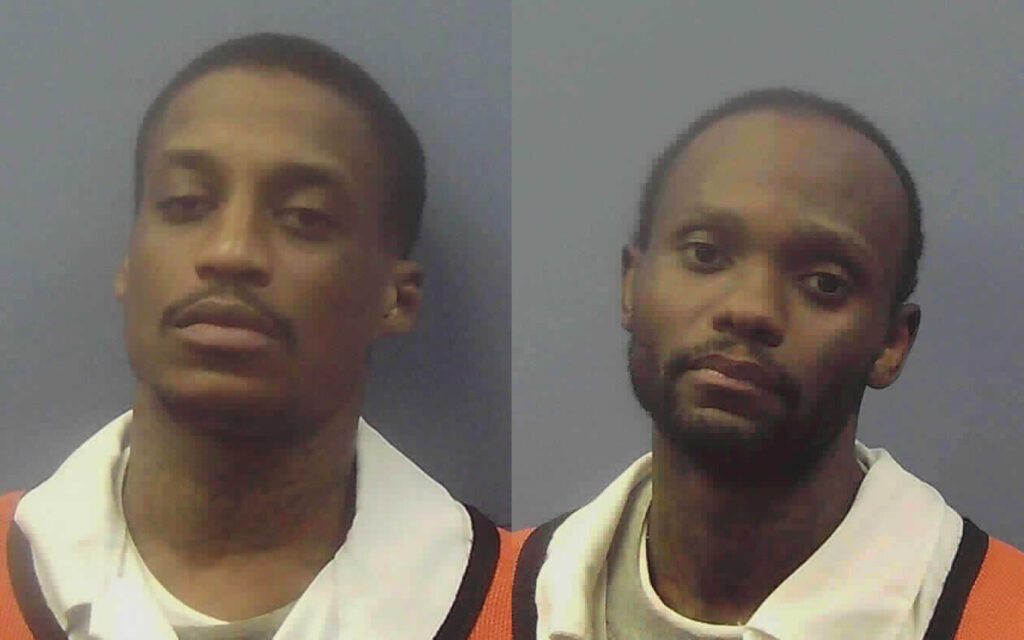 On Monday, inmates David Omar Tyler, 31, of Atlanta, and Roman Christian Higdon, 31, of Philadelphia, Penn., were both transported to the Chattooga County Jail and booked.

According to court records, the pair forced a Georgia Department Corrections Officer into a cell.

Once inside the small, confined area, they locked the door behind them. The two prisoners handcuffed the officer to a bed-frame with his own handcuffs, violently and savagely beat him with a carabiner attached to a large chain.

According to court records, They then stabbed him with a sharpened piece of metal in the head, back and legs. Tyler and Higdon are charged with felony kidnapping, felony aggravated assault and felony obstruction of law officers.