Trion Gets a Disc Golf Course

The Town of Trion has added a new outdoor recreational activity for the community, disc golf. 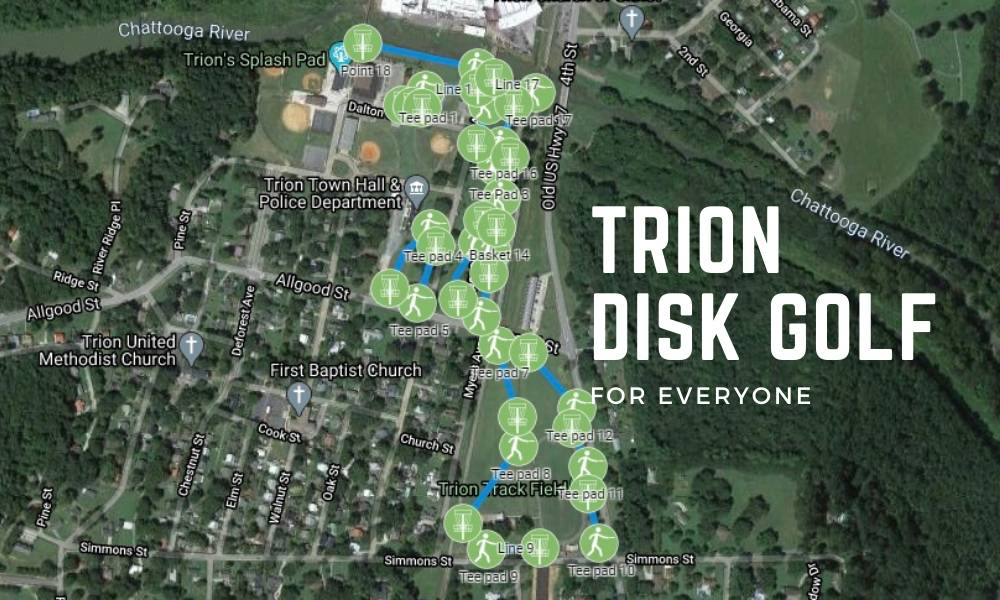 The Town of Trion has added a new outdoor recreational activity for the community, disc golf.

Disc golf is a flying disc sport in which players throw a disc at a target; it is played using rules similar to golf. Players complete a hole by throwing a disc from a tee pad or area toward a target, throwing again from where the previous throw landed, until the target is reached. Usually, the number of throws a player uses to reach each target is tallied (often in relation to par), and players seek to complete each hole in the lowest number of total throws.

Trion’s Disk Golf course will feature 18 holes, beginning by the river where the old apartments used to stand, going to the park, and looping back around to the Town Hall/ Rec Center. The course besides offering a fun activity will be a great source of exercise as it is estimated to be 3 miles. 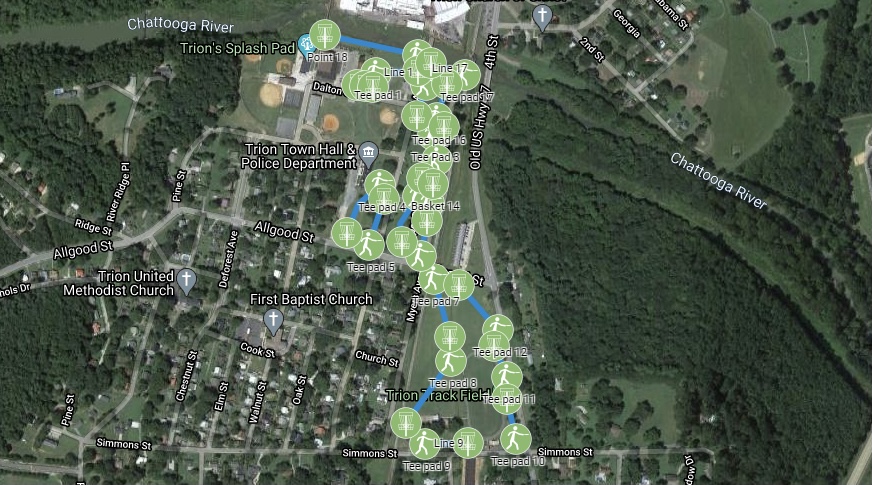 “I’m excited that Chattooga county will finally have a course for the citizens and the disc golf community to throw disc. My buddy, Joe and I have been playing disc golf on and off since we were in high school at Trion. However, for the past 3 years, we have been playing more and more. I think this has to do with the fact of how fast the sport has been growing. In the past we have traveled to with Cloudland Canyon Park, to Rome or even Chattanooga. We have also played at courses in Florida, Kentucky and the oldest course in the US in Huntsville, AL. It will be nice to finally play at a course close to home that is up to par with professional made courses. I’m looking forward to the finished product! My friends in the county, Bobby Jones and Joe Croy, aren’t the only ones excited for the course. We were in a league in Rome, Ga last summer with many people passionate about the sport, and they too are looking forward to having a new course added to the area,” disk golf enthusiast Christian Thomas said. 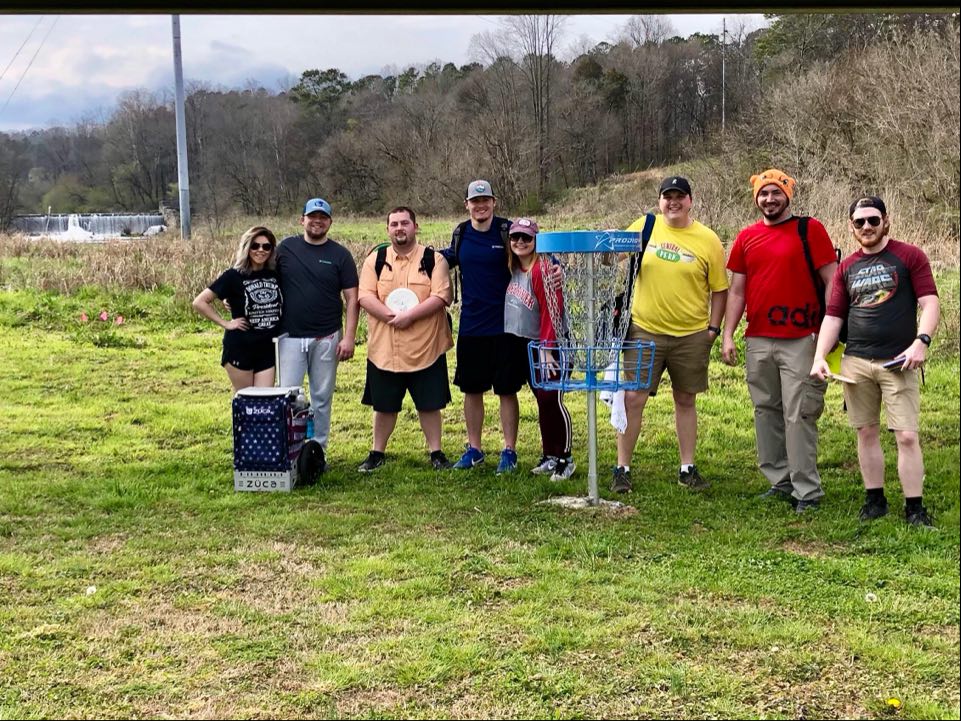 Thomas who has been playing the sport of the past three years says one of the best aspects of disc golf is the community that comes with playing the game. “We have met people from all over and played games with complete strangers, but they became friends by the end of hole 18. I can’t wait to see the impact this course has on the community in Trion and the awesome opportunities that the Rec department will have with it.”

The course is very open compared to some of the courses in the area. There are a few challenging holes, especially the two holes by the river. However, the course is great for those interested in the learning about the sport and challenging enough that people who have played will enjoy it.

The course was designed by Will Schusterick who was recently elected on to the board of the Pro Disc Golf Association (PDFA) and a professional disc golfer. He is a three-time US Champion winner and a four-time Major Winner.

“I think the the town of Trion is making great use of the area where the old apartments used to be and connecting that area with the park. The biggest take away from the addition of the new Trion course, is that the members of our county do not have to travel 40 minutes to play a game of disc golf,” Thomas said.