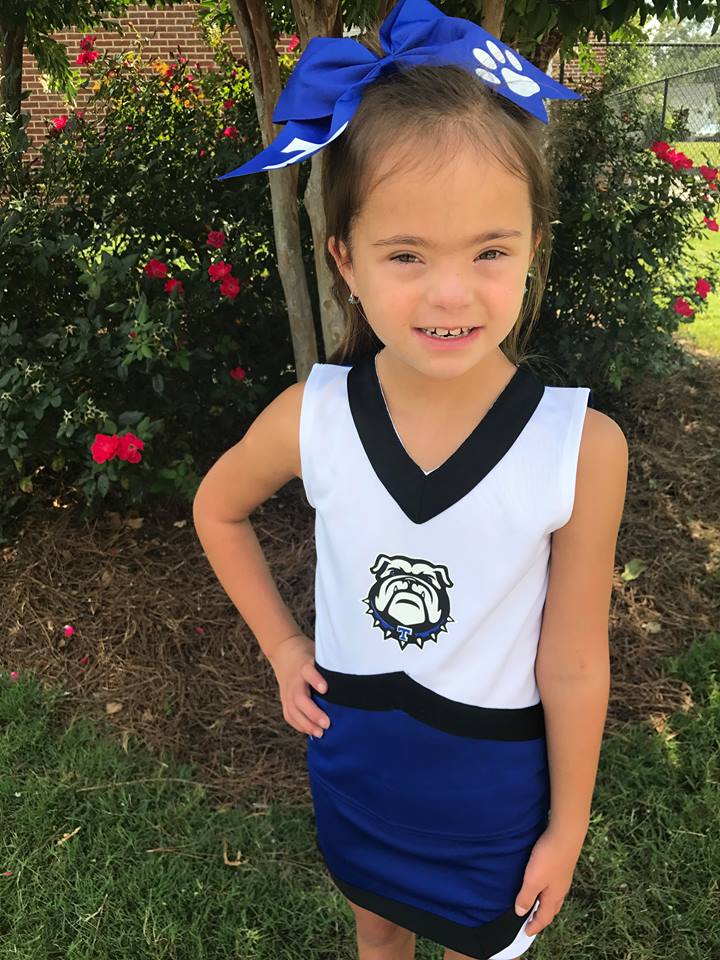 Sometimes people find they receive a blessing they never knew they could handle. For one Summerville couple, that blessing came with a world of anxiety, uncertainty and doubt.

Shanna and Jason Dawson were on a routine pregnancy check up when they found out through an ultrasound that their unborn daughter might have Down Syndrome. When Jenna was born, the diagnosis was confirmed. It was then that Shanna says she “realized it was a real honor that God would entrust me with such a special child and treasure.”

Jenna Grace Dawson was born December 18, 2008 with down syndrome, a genetic disorder resulting in intellectual disabilities and physical challenges. “We actually got to bring her home from the hospital on Christmas Eve, which was a real Christmas miracle,” Shanna recalled.

Shanna remembers being more scared about Jenna’s heart issues. She was born with Tetralogy of Fallot with an AV canal defect. There were two holes in her heart and her mitral valve and tricuspid valve were connected. The doctors had to close up the holes and then reconstruct the valves. Doctors needed Jenna to be a little older and stronger so, when she was just 6 months old, doctors undertook a four-hour heart surgery to repair the defects.

Following the procedures, Jenna began a regime of therapies to aid in her recovery. She has been in a school setting since she was 2-years old. She attended Trion School Nursery and PALS before pre-K. “It was a little scary when she first started to pre-K because of the language barriers,” Shanna recalls. Jenna has expressive language delays, creating difficulty in communicating.

“Individuals with Down Syndrome are more like you and me than they are different,” Shanna said. Now nine years old, Jenna Dawson is a typical 2nd grader who loves reading, cheerleading, gymnastics, singing, her church, and playing with her friends.

“Things can sometimes be a little harder for her, but we work through it,” Shanna said.

Jenna makes her family’s lives richer because they have the privilege of simply being around her. “Jenna brings lots of happiness and laughter to our lives as a family. She makes me more aware and to never take things for granted anymore.”

Jenna loves everyone, she is kind to everyone and in return everyone loves her. Jenna is love and love conquers all. “The most important thing I have learned from my daughter is to love unconditionally.”

Community Works Together for “Home for Spring Break”
Mi-Mi’s is Moving!
Posting....