Charles Marks: The Last of the Mohicans 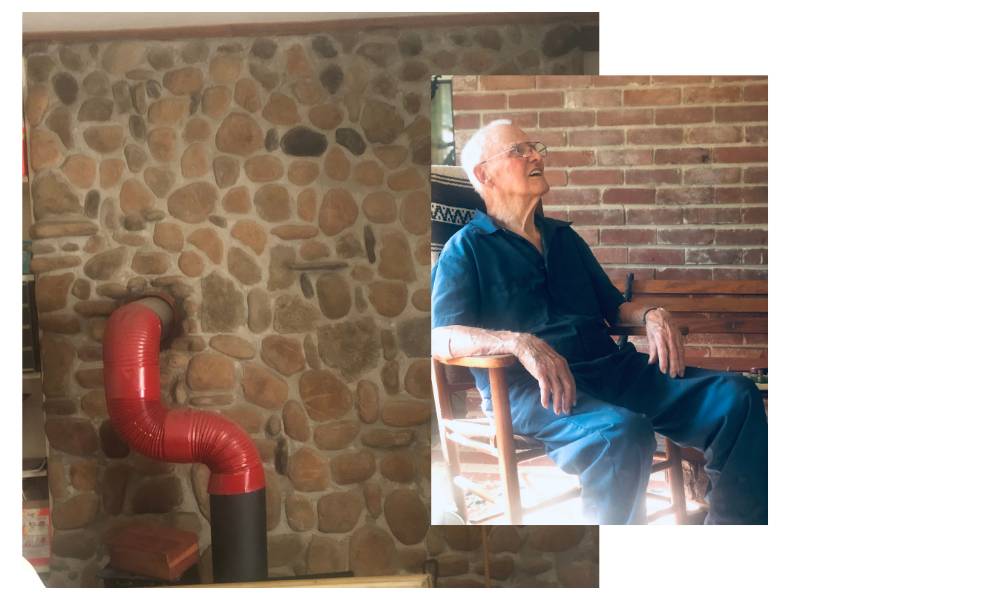 Last Fall I visited with Mr. Marks, listening to his stories, in hopes of writing an article. After the interview there was some concern from an out of town relative that the publicity might be too much for Mr. Marks, I respected the family member’s wishes, and thought to myself one fine day I will sit and hopefully share a piece of this man’s wisdom, humor, and creativity, today is that fine day. Thankfully not only did I listen to Mr. Marks that October morning, I recorded him. 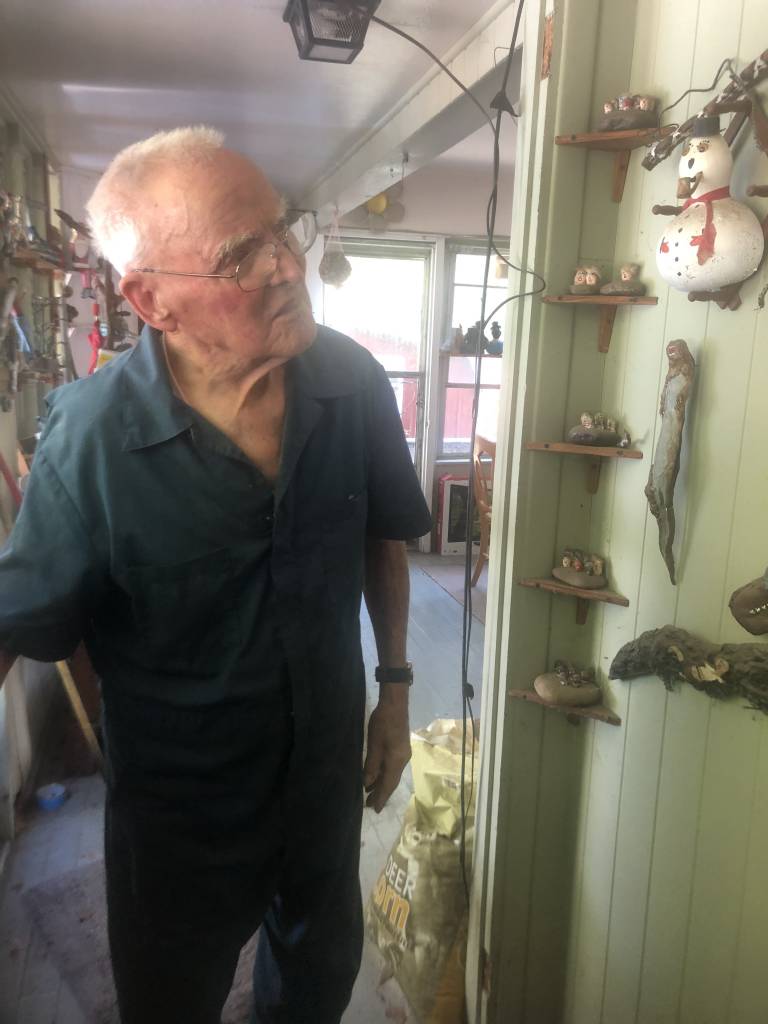 I arrived on time, although he was quick to point out I was actually two minutes late and he had been up and ready since 6 a.m.  I checked my phone and he was correct it was 9:02 a.m., considering I run 15 minutes late, I was 13 minutes early, technically.

We started out with the usual biographical information, with every question I asked he added his individual spin. Regarding his age of 96, he was quick to point out he was two years older than the oldest living president.

He graduated from Summerville High School in 1941 and was the only one left from his graduating class.

He joined the Army Air Corps in 1941 and worked on and flew B-17 and B-29s. Although he had no medical background, he also spent some time working in an Army hospital in Greensboro, NC, “that was a lot of on the job training.” 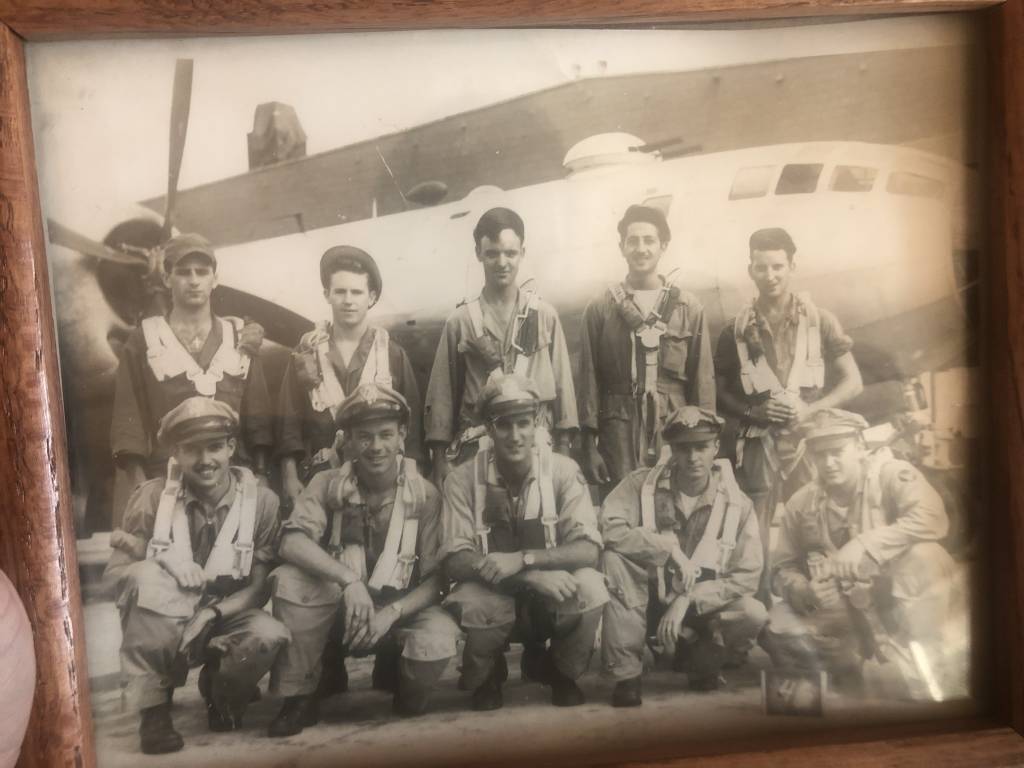 He recalled during his time in the Army he was required to take his first and only flu shot, he got sick immediately and vowed to never take another flu shot. “You know my brothers and their wives took flu shots, and they are all dead.”

His view of healthcare was more of a hands off approach. He had a traveling doctor who would come out to his home yearly, and check him over including the bottom of his feet. He said he had recently answered a call from a lady in Baltimore who worked with his health insurance company and she was concerned that he lived alone and walked around without a cane. Mr. Marks said he told the insurance lady to go pick on someone she knew and got off the phone.

On March 6, 1946 he was discharged from the Army. His first job was selling home Bibles. Sometime later he saw an advertisement while he was in Union City, TN, the ad said there were jobs for aircraft workers in Seattle, Washington. “I had $200 or so and I told my wife ‘hun, we are going to Seattle,’ gas was 17 cents a gallon, I’ll always remember that.”

In Seattle, Mr. Marks ended up working at the Union 76 gas station, “back when they gave away maps and cleaned the windshields.” The Marks family drove every major highway on the 2,800 mile trek from Summerville to Seattle and back many times over, “of course that has been 60 0r 70 years ago.”

The family spent ten years in Seattle, “I bought a few cars, a new house and two babies there.”

The family moved back to Chattooga County and in 1968 Mr. Marks began teaching automotive mechanics at Chattooga High School where he remained until 1989. He accumulated 60 days of sick leave until the system said he could not have any more days. “It was easier for me to go to work than fix someone’s mistakes the next day.”

He said his success in education was due to the way he treated the students, “I  tried to treat them how I wanted to be treated. I chaperoned more dances than you could shake a stick at, kids ran away from home and came to my house, I would have to help them straighten out things at home.” 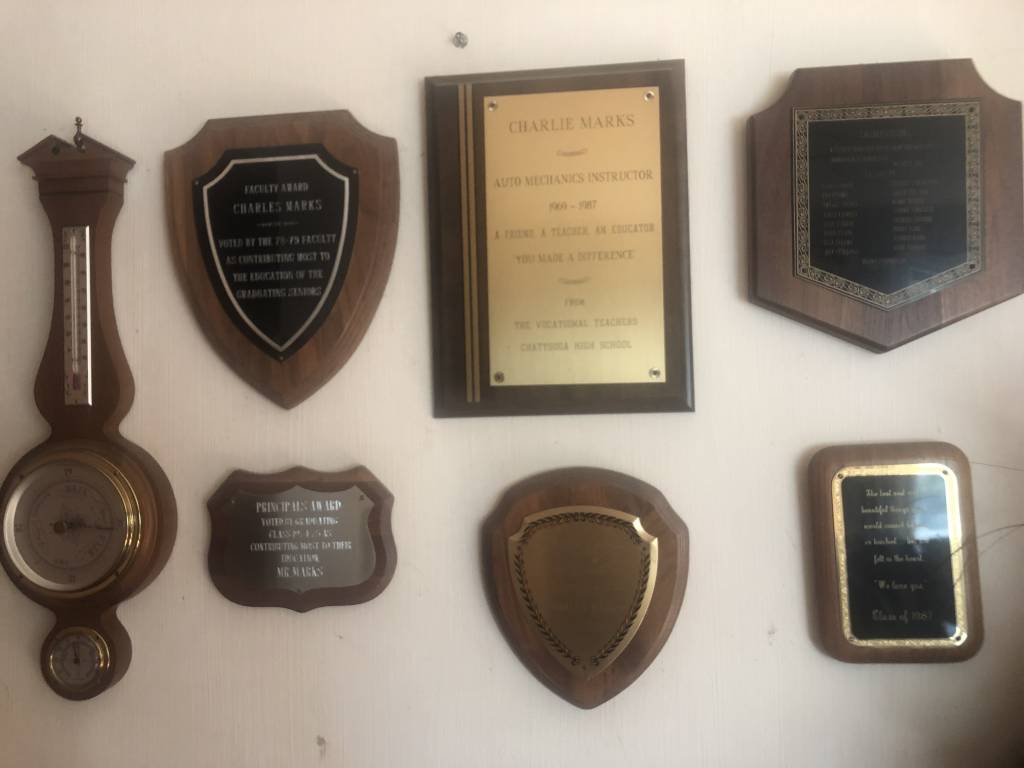 Around 1957 he began building his house from plans ordered from Better Homes and Garden magazine. He built a little at a time, he started with the downstairs and then added the upstairs, he could tell you how many wheelbarrows of concrete he mixed and poured. The rocks for his fireplace came out of Little River Canyon in Alabama.

We finally got around to discussing his art work– “oh it’s just something I started doing…” Mr. Marks made art out of everyday objects, roots, twigs, rocks, melted metal, to name a few. 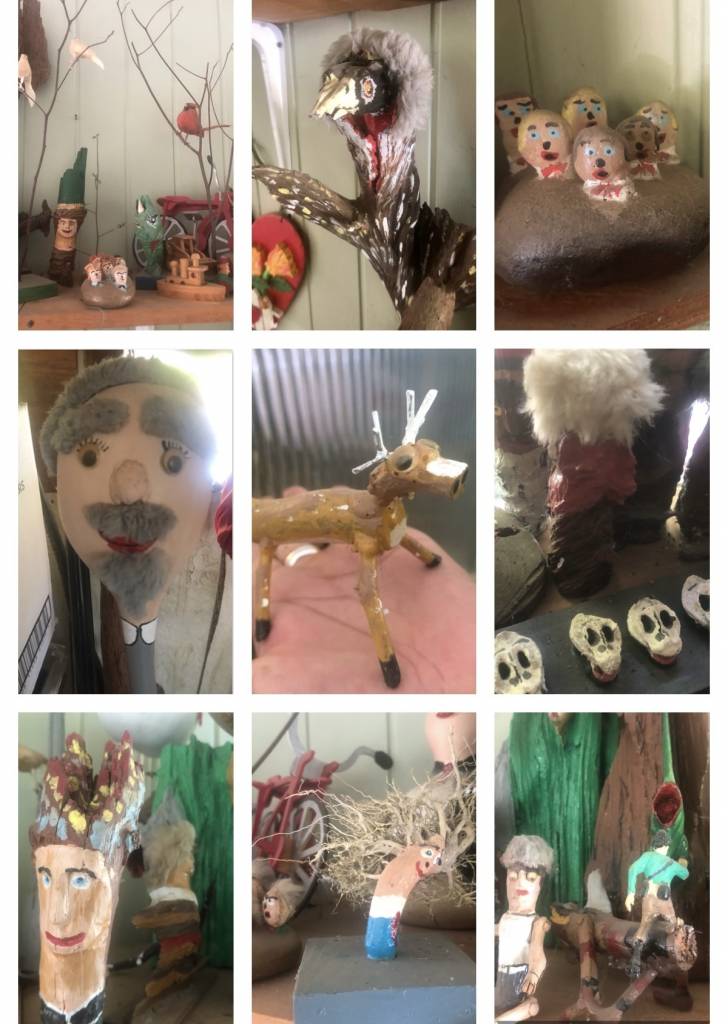 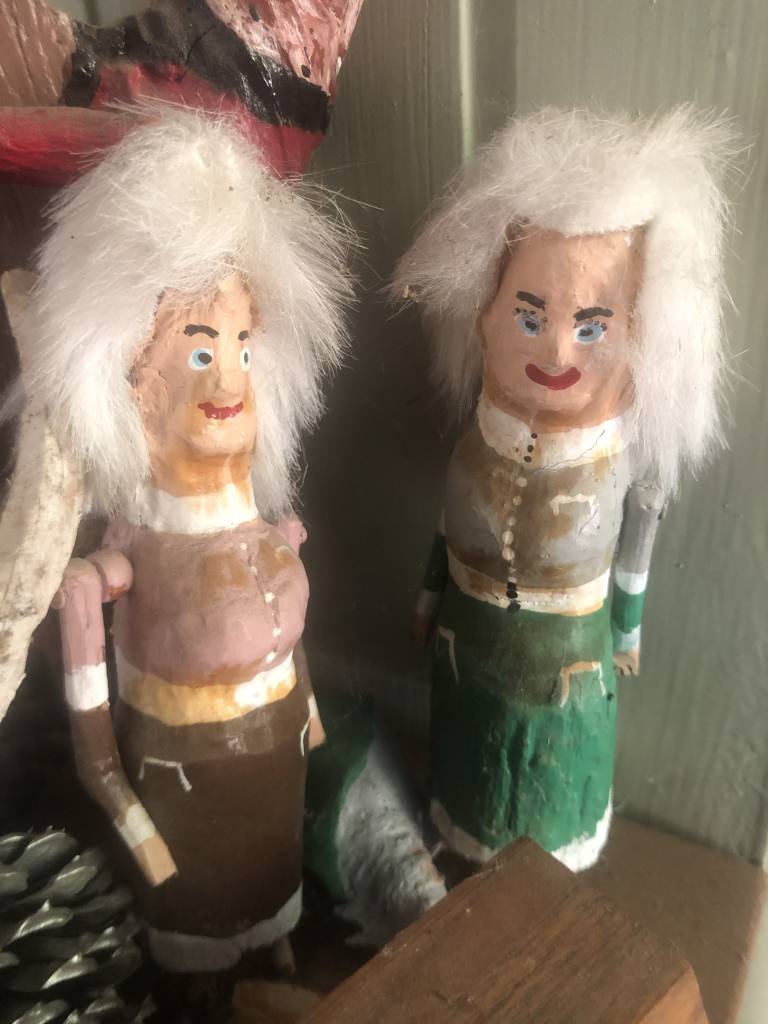 One piece stuck out to me,  was in the likeness of a set of twins from Lyerly, Irene and Wilene Bishop, “I used to work with them,” Mr. Marks said.

“This whole county is covered in arrowheads and Indian lore, this hill from Berryton to Trion was covered in peach trees when I was a boy,” said Mr. Marks.

“I get up every morning at 6 a.m. I am nosey I want to know what is going on in the world… I make breakfast, then I have to do the dishes.

My son comes and has lunch with me every day at lunch, I make lunch for him every day.

It is no trouble to stay busy… one day I decided the kitchen was too small so I moved the wall out two feet.

You remember when they had that reunion for the World War II soldiers a few weeks back, I did not tell my son because he comes for lunch and I would rather have lunch with him and miss the reunion, so I had lunch with him as soon as he left I  real quick like put on my Army uniform, I drove down there but they were all leaving… It was more interesting to be with my son that day.” 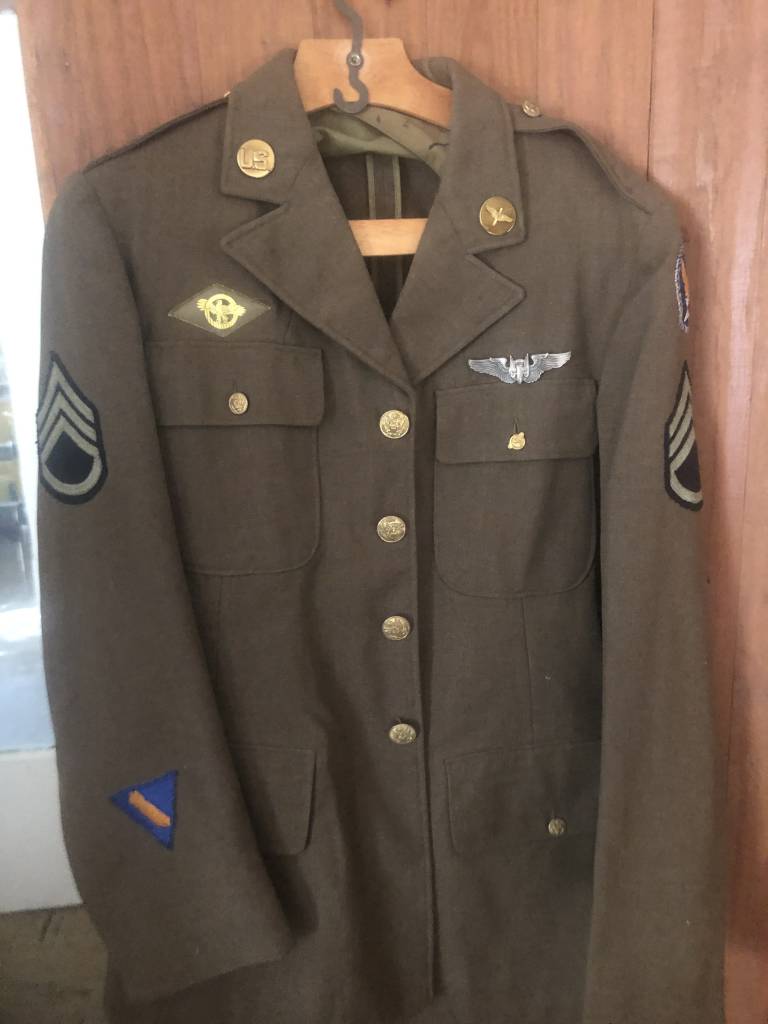 He said if he had made it to the reunion he was planning to tell them if anyone asked… “there were four Marks’ boys and one sister all in the War and I am the last of the Mohicans.

One brother became a full Colonel.

One sister became a captain.

Jamie who ran Marks Auto Sales, went through North Africa, Italy, Sicily, he never wanted to talk about the War.

My younger brother, was in the Marines and was a corporal.”

The last of Mohicans is home. 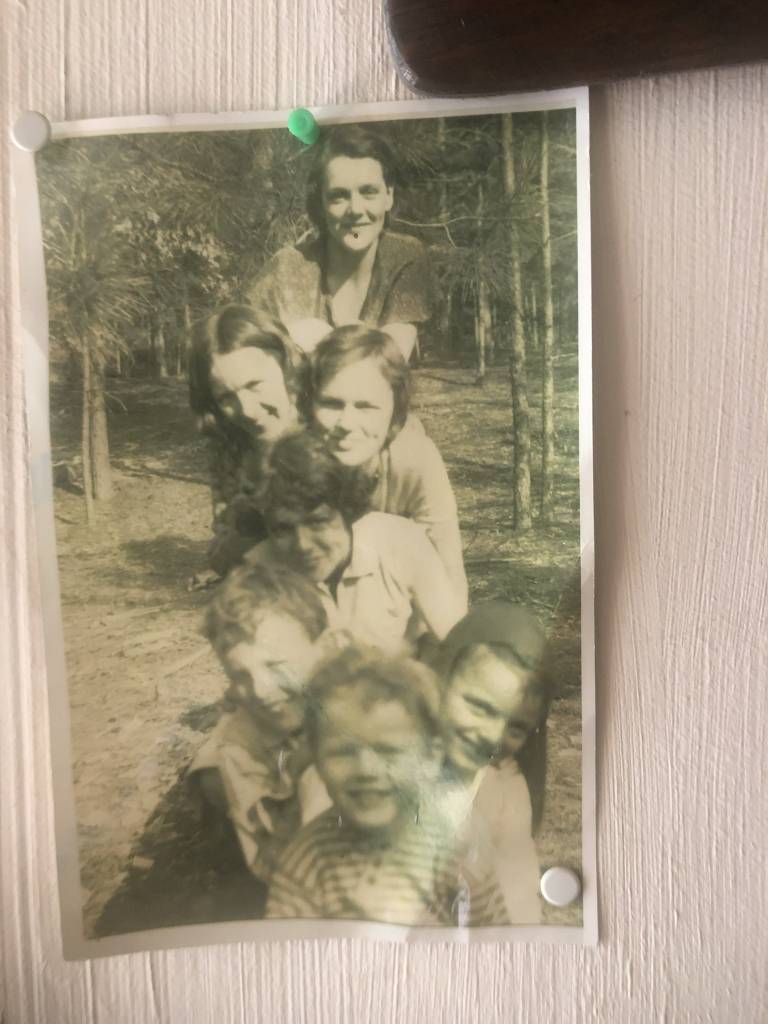 MR. CHARLES MILLER MARKS, age 97, passed away Sunday, November 15, 2020, at Floyd Medical Center in Rome, Georgia. Born on February 3, 1923 in Summerville, Georgia to the late Harry and Maude Nichols Marks. Mr. Marks was married to the late Mary Lois Roper Marks on December 25, 1941, and was preceded in death by sisters, the late Julia A. Wyatt, Anis H. Harris, Ruth Schongerth, Mary E. Majors; brothers, the late James H. Marks, Stuart T. Marks, ans Thomas Marks. He was a Veteran of WW II serving in the U. S. Air Force and was retired from Chattooga County Schools where He was the Vocational Teacher. Mr. Marks was a member of the Summerville Presbyterian Church.

A Funeral service will be held at a later date.