Whitfield County man guilty of trafficking over 4 pounds of methamphetamine 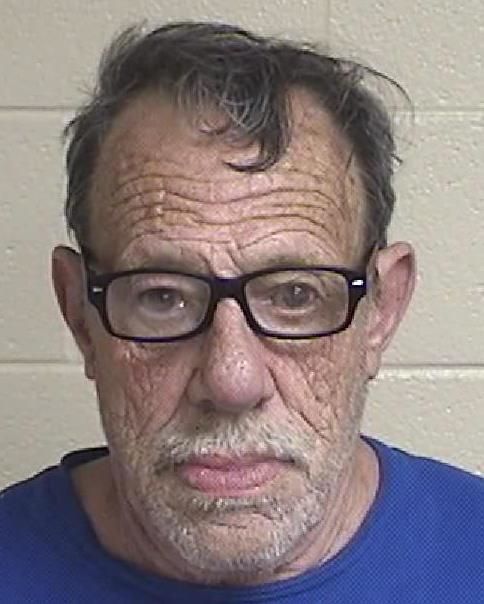 On Tuesday May 24, 2022, Thomas Garrison, a 74-year-old man from Whitfield County was convicted by a Walker County jury of Trafficking Methamphetamine and Possession with Intent to Distribute Methamphetamine. The evidence presented at trial showed that on April 5, 2021 Thomas Garrison was located at 327 Joe Robertson Road in Walker County by Agents with the Lookout Mountain Drug Task Force. After K-9 Carlos, (now retired) and his handler, Sergeant Nick Terry detected narcotics inside Thomas Garrison’s F-250 Ford truck, Agents secured the truck to request a search warrant. Once the search warrant was in hand, Agent Allen Ellenburg searched the truck and recovered 2 ounces of suspected methamphetamine from the driver’s door storage area. Agent Ellenburg discovered an additional 4.4 pounds of methamphetamine in the truck’s back seat on the driver’s side. The jury heard evidence from Agent Robert Tate that Thomas Garrison admitted to possessing the methamphetamine at the scene and the Defendant took law enforcement to a safe in Whitfield County where he had stored $ 21,000 in profits from selling methamphetamine. Agents Ellenburg, Tate, and Terry all testified that this was the most methamphetamine they have ever seized at one time.
After a two-day trial, presided over by Superior Court Judge Brian House, a jury returned a guilty verdict to Trafficking Methamphetamine and Possession with Intent to Distribute Methamphetamine. Sentencing took place immediately after the verdict was announced. At sentencing the State introduced evidence that Garrison has been convicted 4 separate times in Whitfield County going all the way back to 1999. His prior convictions include Possession with the Intent to Distribute Marijuana, Possession with the Intent to Distribute Methamphetamine, and Possession of Methamphetamine. Judge House imposed a sentence of 30 years, with the first 25 years to be served in confinement without the possibility of parole. The State of Georgia was represented by Assistant District Attorney Winston Franklin. Agents with the Lookout Mountain Drug Task Force, Walker County Sheriff’s Office, LaFayette Police Department, and Dalton Police Department investigated the case. District Attorney Arnt thanked the officers and agencies involved for their efforts in stopping this methamphetamine from getting into our communities. Arnt stated “While some areas of the country seem to look the other way or even encourage illegal drug use we take a hard line against drug dealers in the LMJC. We have no tolerance for those that try to profit from other’s misery. ADA Franklin’s argument to the jury noted that this was not just about drugs but that the methamphetamine was 4 pounds of pain, 4
pounds of heartbreak, and 4 pounds of poison. Thanks to the efforts of law enforcement and the DA’s office these drugs never made it out to our streets.”

Drug Bust takes 5 Pounds of Meth and Fentanyl off streets
Walker County deputy arrested for raping woman while on duty and in uniform
Posting....