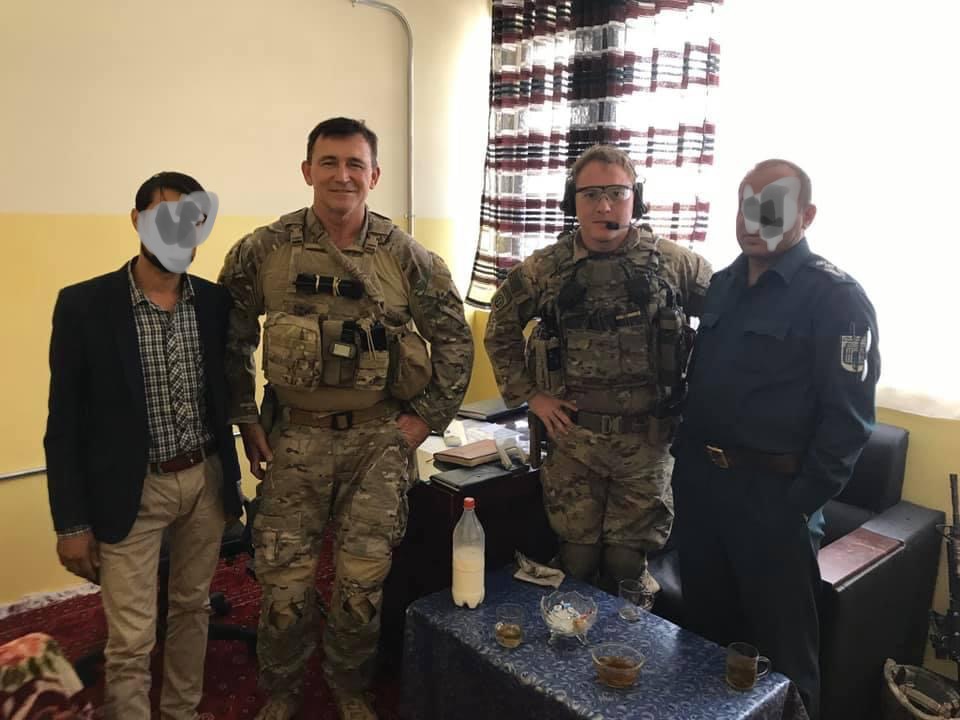 Weeks before the 20th anniversary of 9/11 terrorist attacks the Taliban are back in charge in Afghanistan.

Kabul, the capital and largest city of Afghanistan, fell to the Taliban on Sunday, the Afghan president fled, and America diplomats were airlifted out.

AllOnGeorgia reached out to Greg Baker, who spent 10 years in Afghanistan to get his reaction.

Baker grew up in Trion, GA. He joined the Army Infantry in 1984. He has been stationed at Ft Ord, CA, Korea, Ft Benning, and Schofield Barracks, Hawaii. He has served as an Airborne Ranger Infantryman, with assignments as a scout sniper, reconnaissance team leader, sniper squad leader, rifle squad leader, Pre-Ranger Instructor, Rifle Platoon Sergeant, and Company First Sergeant.

After the Army, he was hired into a program called the Joint Expeditionary Team (JET). “This was the greatest job and greatest adventure on earth. It allowed me to deploy 10 times, all over Afghanistan, to embed with our Soldiers and Marines there as an operational advisor. It was like being in the Army, but without the leadership or administrative responsibilities, while being allowed to focus solely on helping with the fight against the Taliban, al Qaeda, ISIS, and other networks.”

“Having spent 10 tours over the course of seven years there, the events in Afghanistan, particularly the ease with which the Taliban have taken Kabul, are particularly troubling to me. My last two years there were devoted to preventing terrorist attacks in Kabul’s “Green Zone”, their equivalent to Washington, D.C. So seeing the Taliban posting selfies from inside the Presidential Palace makes me pretty angry,” Baker said.

For Baker, he said, “it feels like we quit. It feels like all those lost lives and limbs, and all those wounded minds and souls were for nothing.”

Baker agreed that the similarities to Vietnam are undeniable, “we abandoned our own weapons and resources along with the people who risked their lives and families and trusted us to protect them.”

When asked whether it was it time to bring the troops home, Baker said, “the answer is “yes” if a return to Taliban rule and global perception of American defeat at the hands of an uneducated and poorly trained group of Islamic extremists is acceptable.”

President Biden is the fourth President to preside over an American troop presence in Afghanistan– a bi-partisan collection of two Republicans and two Democrats, “I will not pass this war onto a fifth,” President Biden released in a statement.

“America went to Afghanistan 20 years ago to defeat the forces that attacked this country on September 11th. That mission resulted in the death of Osama bin Laden over a decade ago and the degradation of al Qaeda. And yet, 10 years later, when I became President, a small number of U.S. troops still remained on the ground, in harm’s way, with a looming deadline to withdraw them or go back to open combat.

Over our country’s 20 years at war in Afghanistan, America has sent its finest young men and women, invested nearly $1 trillion dollars, trained over 300,000 Afghan soldiers and police, equipped them with state-of-the-art military equipment, and maintained their air force as part of the longest war in U.S. history. One more year, or five more years, of U.S. military presence would not have made a difference if the Afghan military cannot or will not hold its own country. And an endless American presence in the middle of another country’s civil conflict was not acceptable to me,” President Biden released in a statement.

Baker said there was never any doubt that the Taliban would be back in power in Afghanistan if the US forces left.

“It was always a poorly thought out war, with unreasonable goals. The Afghans, on the whole, are simply too divided ethnically, tribally, and regionally to come together under a national government. We were foolish to try that without accepting and acknowledging that it would require a generational commitment.”

Baker says the training of the Afghan soldiers wasn’t thought out, “trying to push the uneducated, poorly trained, poorly led Afghan military to defeat the Taliban was a doomed effort. We rushed them, unprepared into a mission they weren’t ready for. It was glaringly obvious to everyone on the ground. The fact that general officers claimed otherwise is a mind boggling disgrace.”

The U.S. war in Afghanistan began on Oct. 7, 2001, with American airstrikes against al Qaeda targets in retaliation for the Sept. 11 attacks. The Taliban government had given the terror group a safe haven from which it could carry out terror attacks.

According to ABC, historically the U.S. military mission in Afghanistan averaged between 15,000 to 25,000 troops until 2009, when violence levels escalated. American troop levels increased that year, even before President Barack Obama’s surge of 33,000 troops ordered in November in an effort to stem Taliban victories.

The number of U.S. troops rose above 100,000 for the first in time in August 2010 and remained around that level for the next year.

The costs of war

With the increase in the number of troops in 2009, the number of American fatalities also increased significantly as 1,534 Americans died in Afghanistan between 2009 and 2012.

There are 20,066 American service members who have been wounded in action in Afghanistan since 2001.