U.S. Marshals Offers Rewards up to $10,000 for Escapee Wanted for Capital Murder and Endangered Correctional Officer 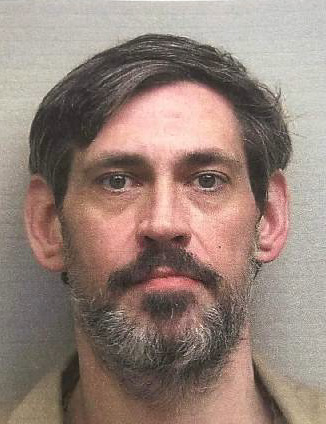 Casey White, 38, was charged with two counts of capital murder in September 2020 in the brutal stabbing of 58-year-old Connie Ridgeway. He was already serving time for a 2015 crime spree that involved home invasion, carjacking, and a police chase. White confessed about the murder and was awaiting trial at the Lauderdale County Jail when he disappeared. He stands 6 feet 9 inches and weighs approximately 260 pounds. He has brown hair and hazel eyes.

The U.S. Marshals Service has adopted the case of inmate Casey White and the disappearance of Assistant Director of Corrections Vicky White. (The two Whites are not related.)

Lauderdale County corrections officer Vicky White is missing in the line of duty. White is the Assistant Director of Corrections. A Blue alert for White’s disappearance has been issued.

“Casey White is believed to be a serious threat to the corrections officer and the public,” said U.S. Marshal Marty Keely.

Anyone with information on White’s location or Assistant Director of Corrections White’s disappearance is urged to contact law enforcement. You can call the USMS Communications Center at 1-800-336-0102. Anonymous tips may also be submitted via the U.S. Marshals Tip App. “Do not attempt to apprehend this fugitive,” said Keely.

White’s escape is still under investigation.

The U.S. Marshals-led Gulf Coast Regional Fugitive Task Force is a multi-agency task force in the North District of Alabama with offices in Huntsville, AL. Its membership is composed of Deputy U.S. Marshals, Huntsville Police Department, Madison County Sheriff’s Office, Alabama Probation and Parole, and the Lauderdale County Sheriff’s Office. The USMS Major Case Fugutive Program prioritizes the investigation and apprehension of high-profile offenders who are considered to be some of the country’s most dangerous fugitives. These offenders tend to be career criminals with histories of violence or whose instant offense(s) pose a significant threat to public safety.

Additional information about the U.S. Marshals Service can be found at http://www.usmarshals.gov.