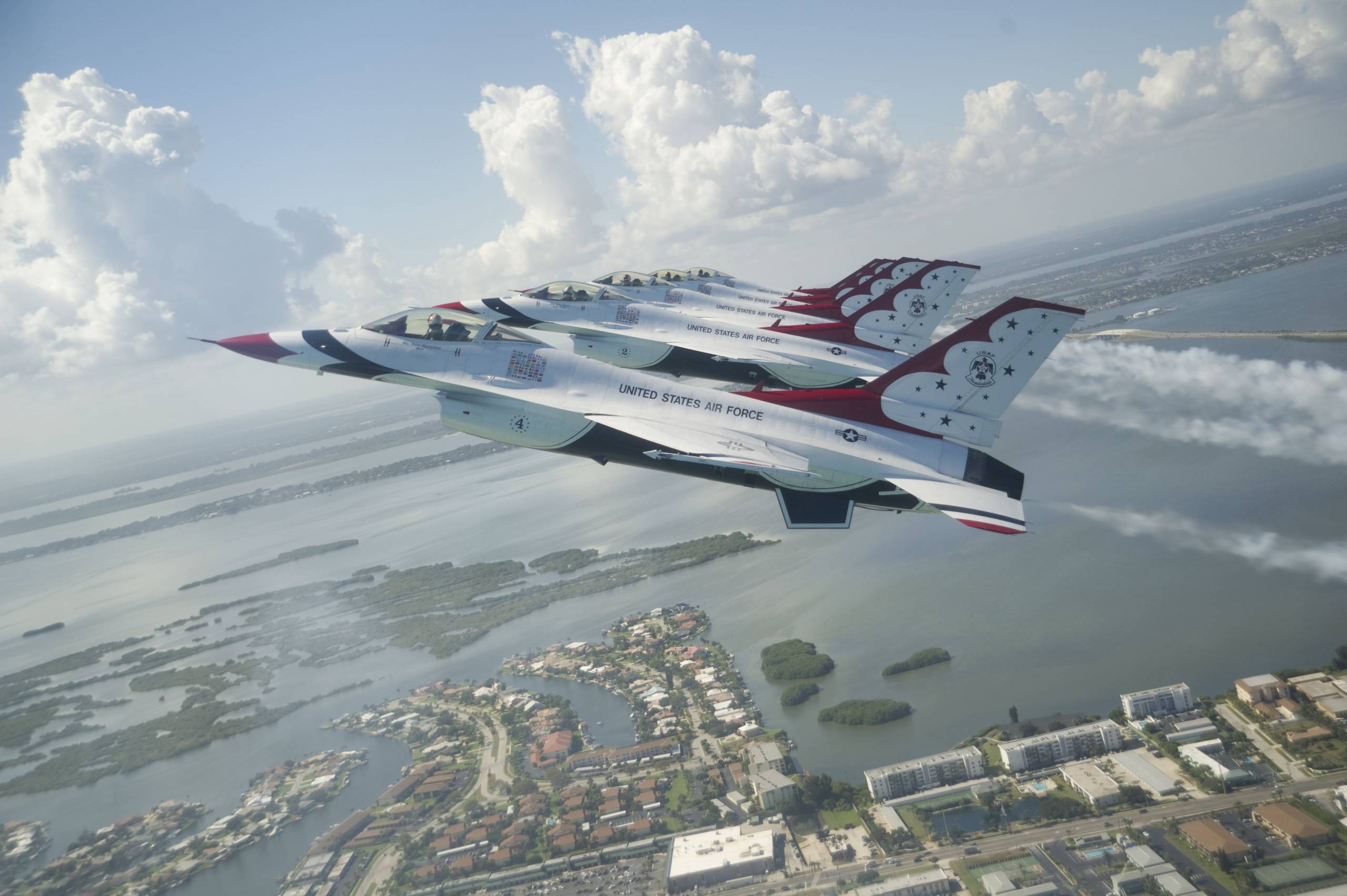 “After a hiatus in 2019, the 2020 Wings Over North Georgia Air Show scheduled for October already shows signs of strong community support.  We anticipate the economic impact will be one of the strongest in our eight-year history,” states John Cowman, President JLC AirShow Management.

The Thunderbirds will perform in their six-signature red, white and blue F-16 Falcons.  The military demonstration team is internationally known for its hard-charging demonstration of precision formation flying while pushing their fighter aircraft to the limit.  Known as “America’s Ambassadors in Blue,” the Thunderbirds have traveled throughout the world performing before millions of spectators.  Their precise flying routines makes the Thunderbirds a must see at this year’s Wings Over North Georgia airshow.

Opening ceremonies for both days of the air show day will begin with the U.S. Army Golden Knights Parachute Team.  The elite group of skydivers will launch the start of aerial performances during the national anthem and will later return for a full demonstration highlighting the skill and expertise of the world’s top military parachutists.  The Golden Knights have performed and competed for more than 50 years at more than 16,000 shows in all 50 states and in 48 countries.

Airport parking lots will open at 7:30 a.m.with the gates opening to guests at 9:00 a.m. on Saturday and Sunday.  The opening ceremonies will kick-off each day at 12:00 a.m. followed by the first flying performances at 12:30 a.m.

Advance tickets, parking, sponsor, and exhibitor information is available at WingsOverNorthGeorgia.com.  Those seeking the most up-to-date information for the Rome Georgia Air Show should also follow the event’s Facebook pagefor announcements.

The Wings Over North Georgia Air Show is an FAA, DoD, and International Council of Air Shows recognized event.

The Wings Over North Georgia airshow is an FAA, DoD, and International Council of Air Shows recognized event.  For a full list of performers, activities, and ticket options, air show fans, exhibitors, vendors, and sponsors can visit the official website at https://www.wingsovernorthgeorgia.com.