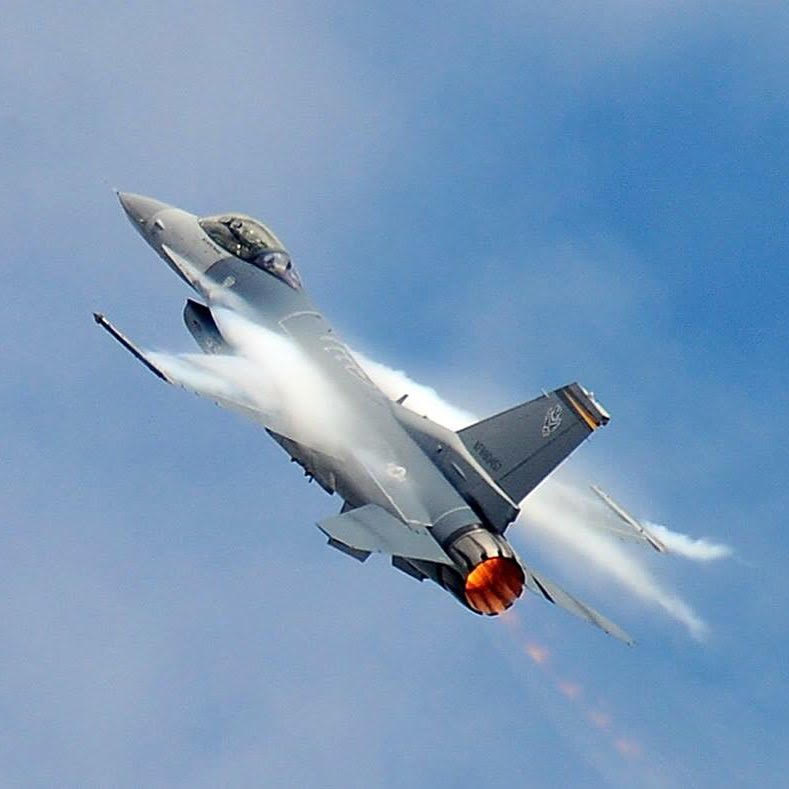 The F-16 Fighting Falcon, affectionately called the “Viper” by many of its pilots, is a fourth-generation modern fighter with incredible capabilities. The aircraft is a single-seat, multi-mission fighter with the ability to switch from an air-to-ground to air-to-air role at the touch of a button.  Powered by a General Electric engine generating more than 31,000 pounds of thrust, the “Viper” can reach speeds in excess of twice the speed of sound.  Maj. Garrett Schmitz serves as the Viper Demo Team commander and pilot for the 15-member unit based at Shaw AFB in South Carolina.

Immediately following the high-speed, fast-turning aerial demonstration, a P-51D Mustang will join Maj. Schmitz for the U.S. Air Force Heritage Flight.  The flight program showcases the evolution of the U.S. Air Force air power by flying today’s state-of-the art fighter aircraft in close formation with vintage fighter planes.  The Mustang was first introduced in Western Europe during World War II.  The aircraft often served as an escort for heavy bombers during missions over Axis territories.  The addition of the Mustang to the U.S. fighting fleet was instrumental in turning the tide of the war effort in favor of the Allied Forces.

Opening ceremonies for both days of the air show day will begin with the U.S. Army Golden Knights Parachute Team.  The elite group of skydivers will launch the start of aerial performances during the national anthem and will later return for a full demonstration highlighting the skill and expertise of the world’s top military parachutists.

The Golden Knights have performed and competed for more than 50 years at more than 16,000 shows in all 50 states and in 48 countries.

Airport parking lots will open at 8:30 a.m. with the gates opening to guests at 9:30 a.m. on Saturday and Sunday.  The opening ceremonies will kick-off each day at noon. followed by the first flying performances at 12:30 p.m.

Advance tickets, parking, sponsor, and exhibitor information is available at WingsOverDaltonGA.com. Those seeking the most up-to-date information for the Wings Over Dalton GA Air Show should also follow the event’s Facebook page for announcements.

The Wings Over Dalton Georgia Air Show is an FAA, DoD, and International Council of Air Shows recognized event.

The Wings Over Dalton Georgia airshow is an FAA, DoD, and International Council of Air Shows recognized event.  For a full list of performers, activities, and ticket options, air show fans, exhibitors, vendors, and sponsors can visit the official website at https://www.wingsoverdaltonga.com.