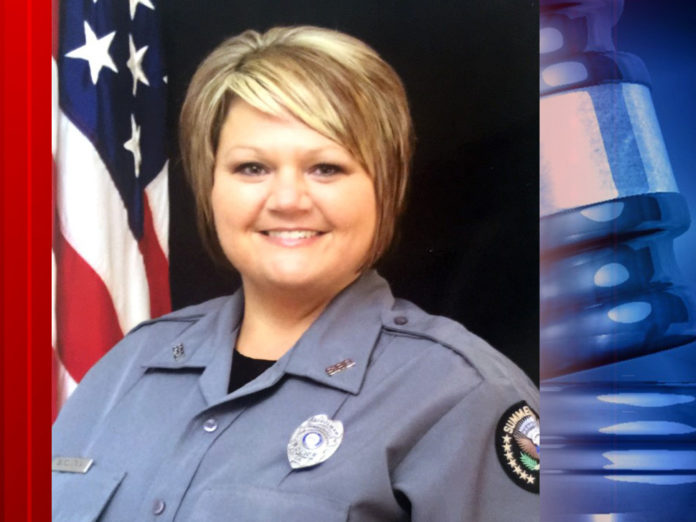 Organization leaders from the Santa in Uniform program, Summerville city officials, and countless Chattooga County residents have been awaiting ANY developments in the case of the stolen Christmas charity funds which resulted in Stacy Fountain’s resignation in October 2017.

Fountain is accused of unlawfully taking funds from the Summerville Police Department between July 2010 and October 6, 2017. 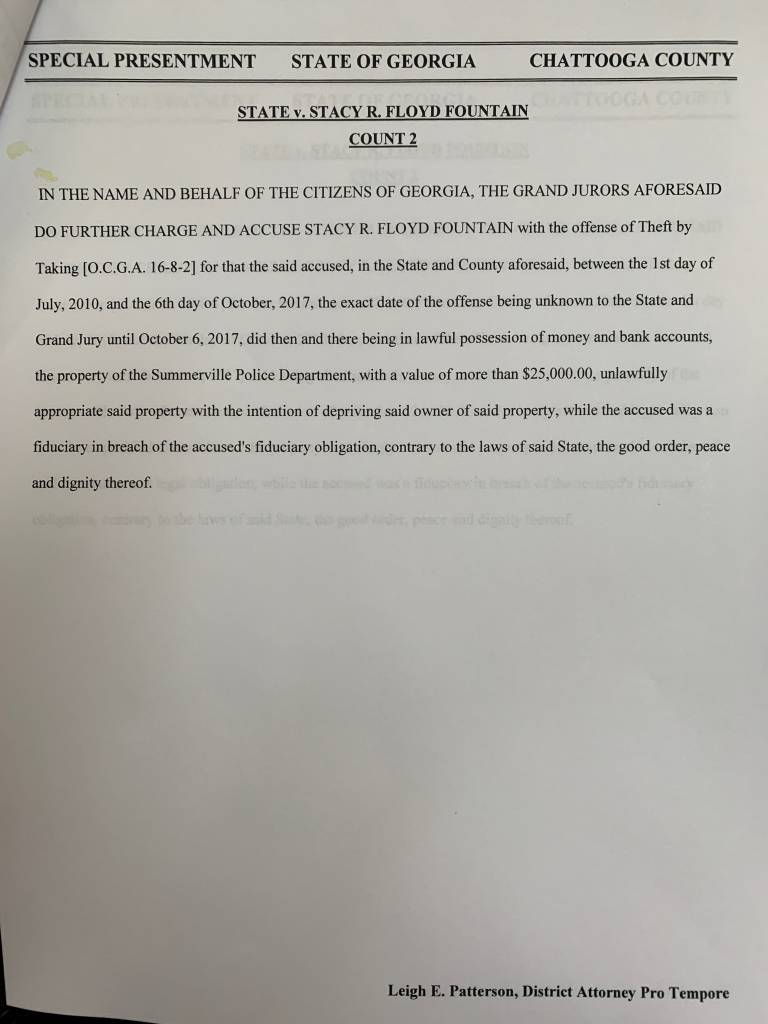 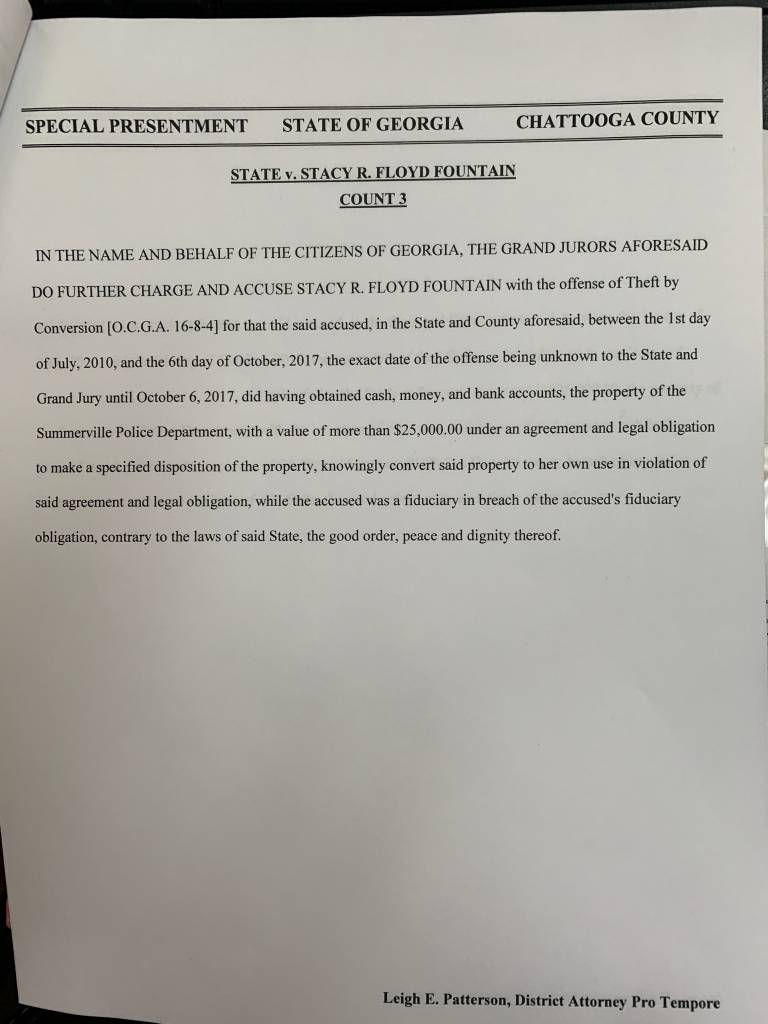 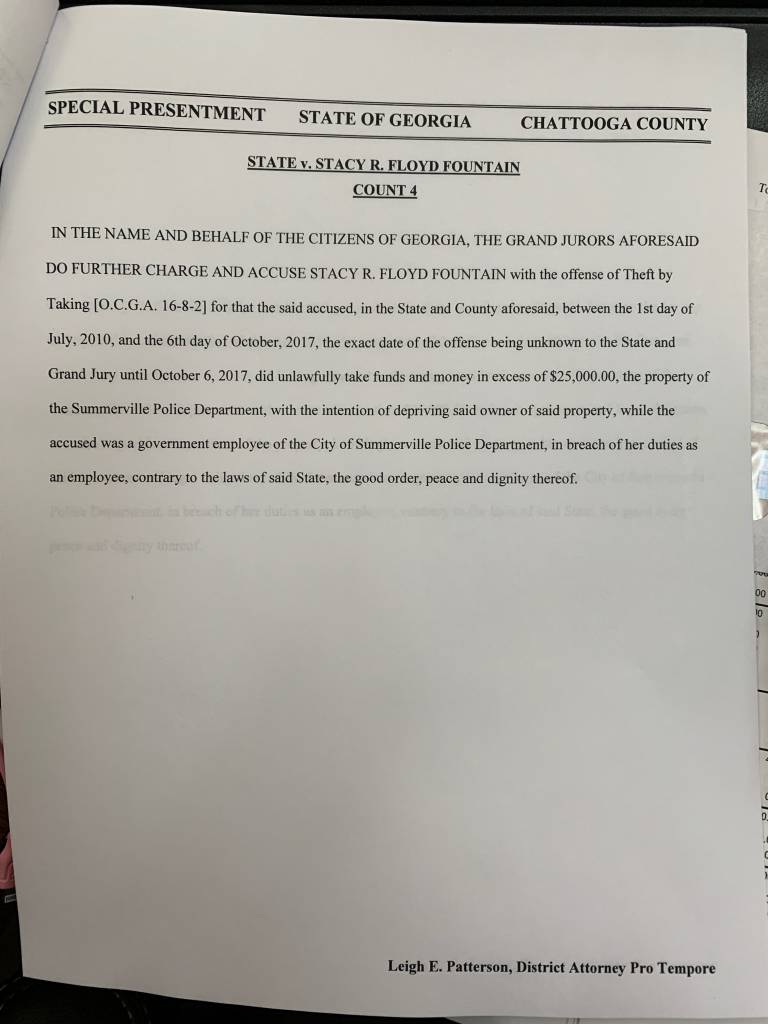 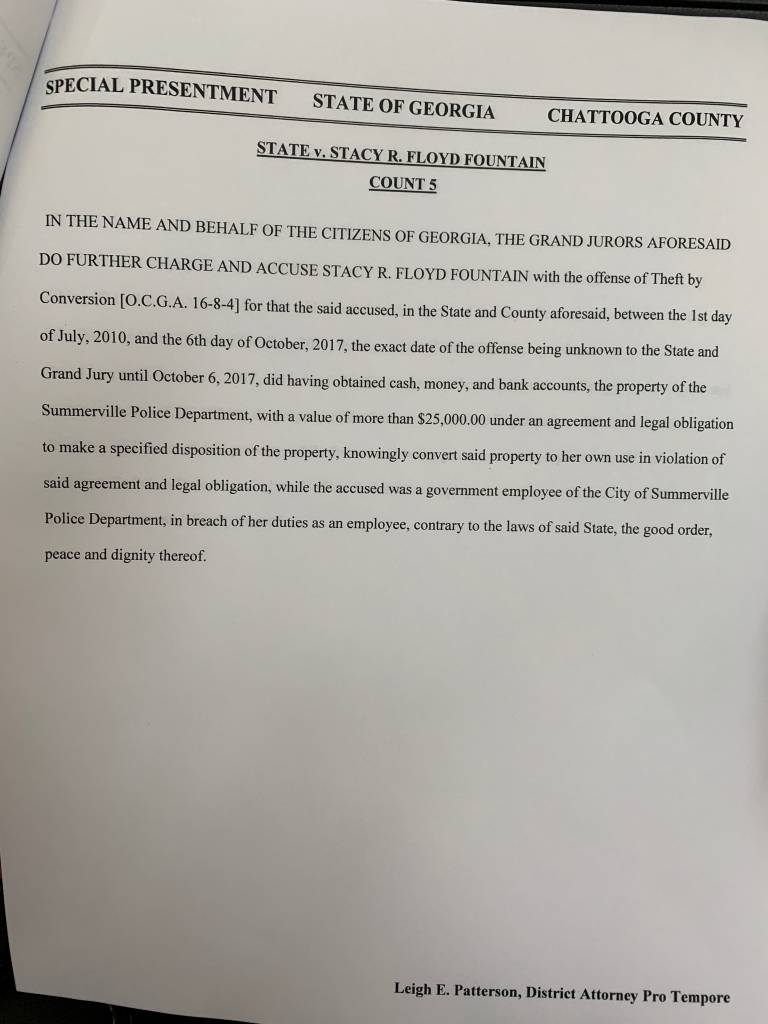 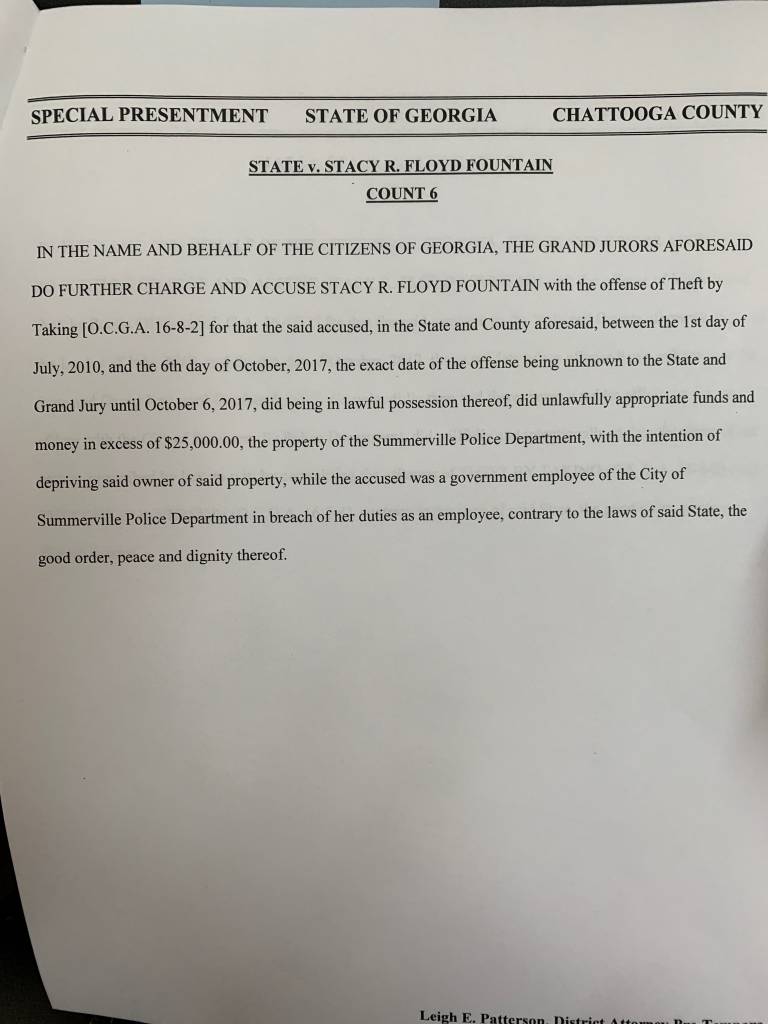 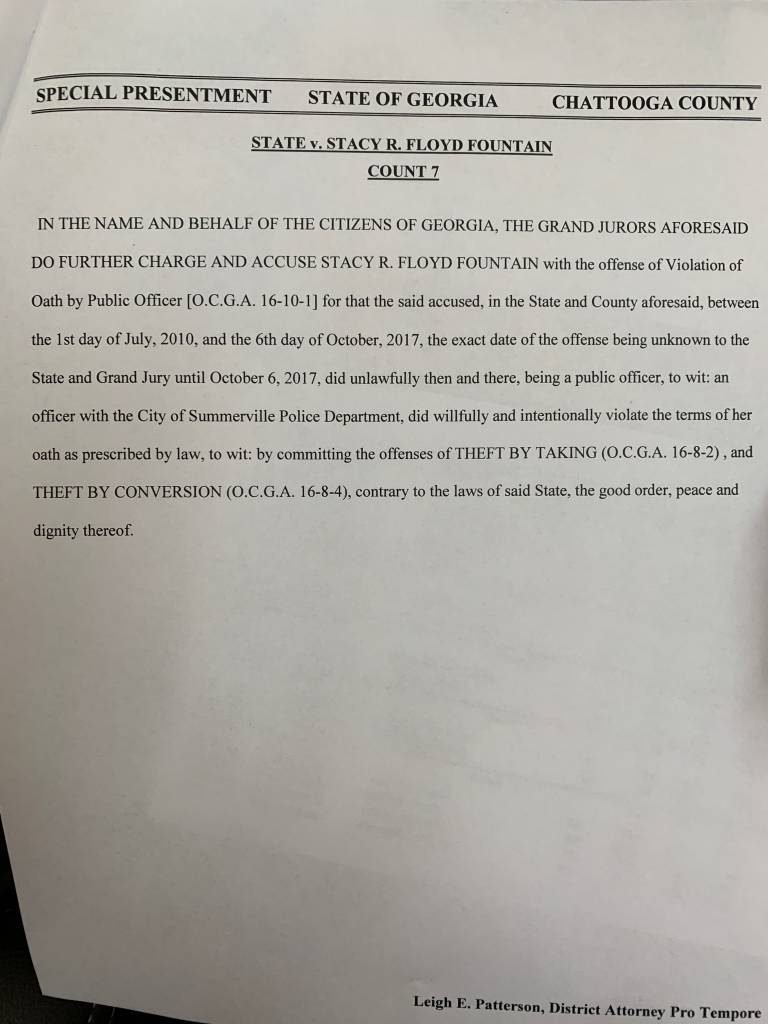 “With the indictment handed down by a Chattooga County Grand Jury on March 2
we are pleased to see this case moving from the investigative stage to the courtroom stage. While we are dismayed and disappointed that Ms. Fountain is alleged to have committed these acts while she was employed with the Summerville Police Department, this indictment has been expected and we are looking forward to the resolution of this case so that the Department and community can hopefully receive some sense of closure and justice on the matter.
Even before this indictment was issued, this incident prompted a retooling of certain longstanding policies and procedures. These revamped policies and procedures, which have been in place since just after the discovery of the thefts in 2017, provide for greater accountability and security in the handling of government funds within the Department. Additionally, after the discovery of the theft scheme the Santa in Uniform program was reorganized into a 501(c)(3) charitable organization that provides a robust system of accounting checks and balances to prevent this sort of act from occurring again.
We would like to thank the Georgia Bureau of Investigation and the Floyd County District Attorney’s Office for their thorough investigation and preparation of this case. Since this investigation is not being handled by the Summerville Police Department, it would be inappropriate for us to make any comments on the case and would refer any questions to the Georgia Bureau of Investigation or the Floyd County District Attorney’s Office regarding the case.”

Stacy Fountain, the former Summerville Municipal Court Clerk was suspended without pay, and then resigned.

Fountain, was an 18-year veteran of the police department, was in charge of the Santa in Uniform bank account, among other financial accounts.

The local District Attorney’s Office recused themselves from the case because they could potentially be considered a victim since funds were stolen from the Police Department’s Drug Forfeiture Fund.  The District Attorney’s Office prepares and argues civil drug forfeiture cases on behalf of the Police Department and by are law entitled to 10% of the proceeds obtained through forfeitures.

After the local District Attorney’s Office recused themselves from the case, they sent notice to the Georgia’s Attorney General’s Office who in turn assigned Leigh Patterson, the District Attorney of Floyd County, to prosecute the case.